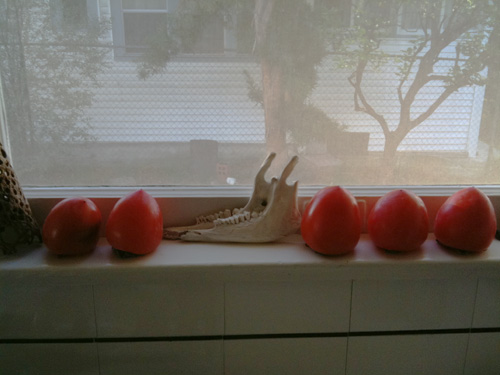 last week we went for a hike in the “Big Wild,” the 20,000 acre wilderness in the Santa Monica Wilderness and came home and immediately put on shorts and ate frozen persimmons. it seemed a little weird to wear shorts in December, but it made sense when we took our lunch outside to eat on the deck (99% completed).
this week we went for a hike in the “Big Wild,” and came home and immediately took hot showers and drank mugfuls of even hotter tea. on top of the 30 degree drop in temperature in the space of seven days, it’s been raining like crazy, (on the 99% completed deck) and we’ve got some voodoo happening where one of our rain gutters acts as if someone is on the roof running a hose a full blast, while the other one (just twenty-five feet away, on the same side of the house) comes down in a dainty trickle. even when the rain stops for a little bit, and it’s just spitting on your face in that nice southern California way, the gutter with the light output slows down, but the gushing one still rages on. 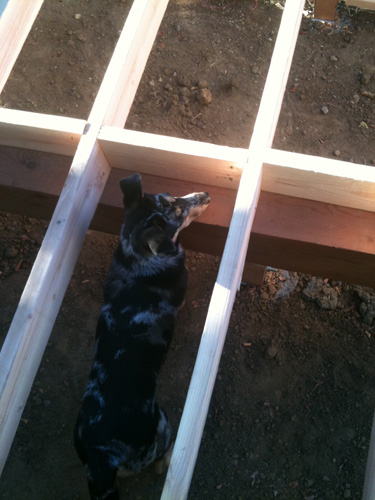 last week there was also an accident a couple streets away, and a double bus thought they could get fancy and take our street as a shortcut. news flash – our street has been gated* for the last several months, and it says “No Outlet” in bright yellow signs, before you get to it—the end—that is. our street is also incredibly narrow, and there’s an unwritten agreement for everyone to only park on the east side of the street so traffic can sort of get by.
since the gate was installed, one of our neighbors decided it was okay for him to start parking his truck in front of his house (on the west side of the street), which forces everyone, like the USPS and the trash pickup, to take a meandering path down the road. you’d think this was an a-hole thing to do, but given the fact that he had just months before “mistakenly” took all the money we had collected from the neighbors to build the gate, it didn’t seem so bad.
in any case, the double bus was there, at the bottom of the hill, stuck. we told the bus driver we could open the gate for her, but she wasn’t going to get anywhere without getting the neighbor to move his truck. so she banged on the door and he came flying out with his yenkel askew and bathrobe untied saying f-you-this and f-you-that. he threw his truck into a manly reverse, screeched to a halt on the east side of the street and stormed into his house. within seconds he was back, snapping pictures with his cell phone of the bus going by (empty of passengers!) the bus driver, the bus driver’s supervisor, us opening the gate. etc.

so here’s a picture of the “Big Wild.” one with a border collie and one with angry neighbor. dog and neighbor are curiously in the exact same place in their respective photographs. 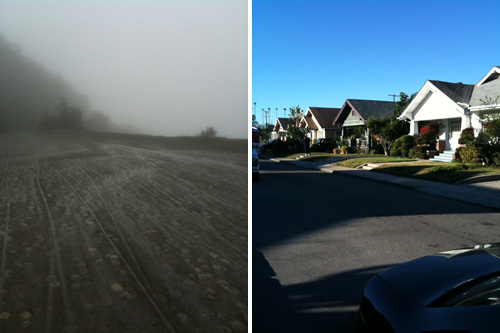 *we don’t live in a gated community. please.