Errol Morris’ piece on Thomas Kuhn, Saul Kripke, Pythagorus, and incommensurability is a giant brain bender, and it forced me to back the bus up many years. i read The Structure of Scientific Revolutions a long time ago as an undergraduate crashing a seminar led by Todd Gitlin, but i was taught the weird concept of the square root of 2 before i could even drive. it wasn’t anything profound, but i was mesmerized at how a number could go on forever, without repeating itself. forever, back then, was the length of time it took for my friend to make a cassette recording of The Clash’s Sandinista, but i still couldn’t grasp the idea. really? forever?
it was so beautiful too, a right triangle with sides of 1. so small, so simple, yet a little sad. that’s all it gets, the three sides, with the funny symbol over the 2. 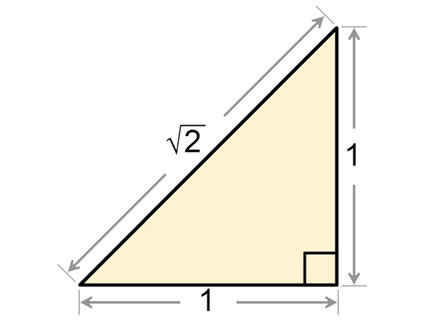 i imagined standing at the point in space designated by the number 1.414, and looking over the chasm at the number 1.415, and thinking that “forever” happened in between those numbers. it took me a long time to understand that there are way more irrational numbers than rational ones; it’s just that the rational numbers are the ones you can count. it’s sort of like the Republican’s view on redrawing district lines; they want to consider only the people who can vote.

back then i wondered why the other commonly known irrational numbers π and e seemed more practical, for instance both π and e had special names, whereas the square root of 2 was just the square root of 2. e has something to do with how much your credit card charges you when you don’t pay your bill, and anyone who’s ever tried to bake a charlotte from scratch knows the power of using π to figure out how long to make the ladyfinger piece that will wrap around the entire cake. but poor old dowdy square root of 2? not much, unless you spend a lot of time in a country that still uses legal-sized paper and want to know who in their right mind thinks that 8.5×14″ paper is useful. well, it isn’t. (most of the world uses paper based the aspect ratio of the square root of 2. this means when a piece of paper is folded in half in those countries, the resulting piece of paper has the same aspect ratio as the parent, and it corresponds to the next size down in terms of the paper tray. whereas our aspect ratios are all different for our commonly used papers, and all retarded – just look at 8.5×5.5!).

so, in honor of Morris, language, meaning, and the square root of 2, here’s two ways of looking at the same window: 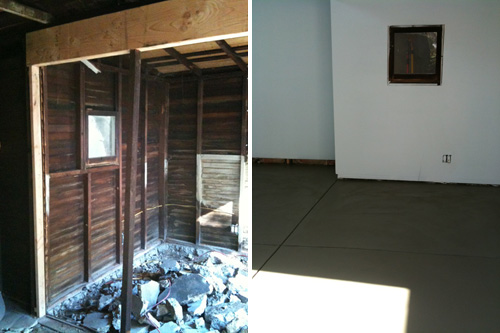 two ways of looking at a pork tenderloin stuffed with pistachios and yogurt, with a coffee-cumin rub: 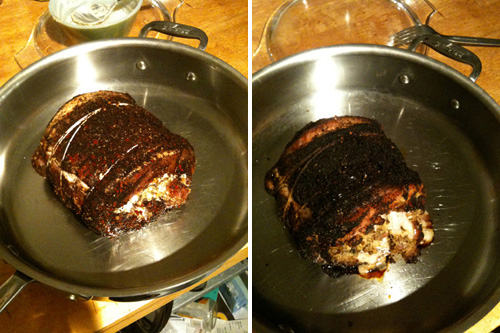 and… four ways of looking at the same piece of sandwich bread floating in a stream: 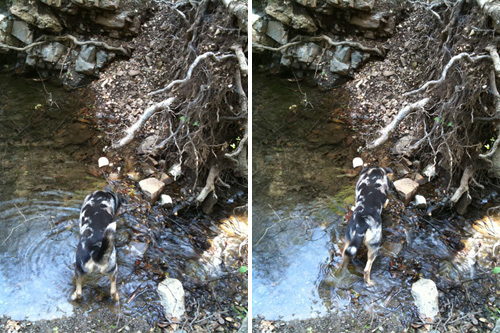 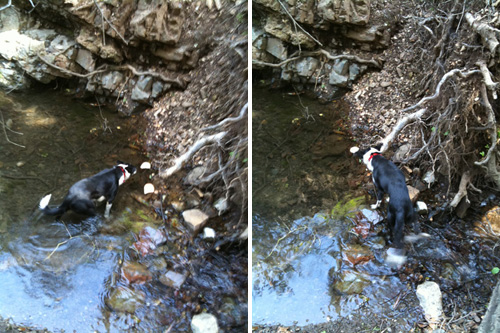