Back decades ago, when the chain stores started invading NY, and every corner seemed to sprout a Starbucks or a Rite Aid, Blockbuster Video, Bon au Pain, or a Gap, a friend of mine so aptly said “LA has won.”

Now that the city boasts even more shops from the global marketplace (on this trip a friend said “the reason they have all the same shops you see all over the world is to make it seem less scary to shop in NY) and even the street vendors have the same stuff unloaded from the MOTHER CRAPU STORE that is China, the truly great remaining bits of NY become that much more precious.

NY is still the place for me where bagels are not only edible but delicious, and only there do they give you so much cream cheese you end up with a small cheesecake on your plate after you’ve finished the bagel. 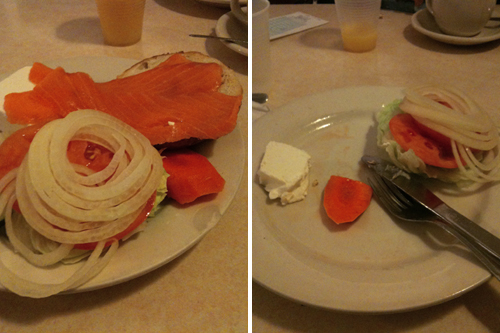 NY is also the place where Sullivan Street Bakery is no longer on Sullivan Street, (a very Los Angeles thing, actually, where Western Ave is east of West Blvd, and they are both located in the east side of the city) and the bakery that took it’s place on Sullivan Street, (the result of some sort of partner divorce split) Grandaisy, is also no longer in the old location on Sullivan street. But at least you know “B” still stands for Bread. 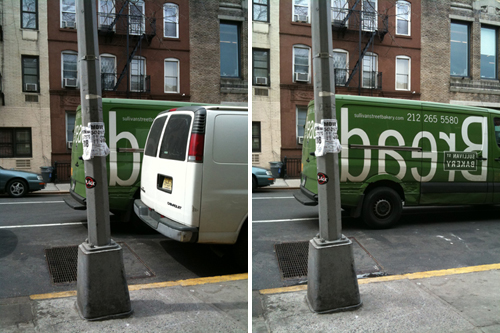 Inside the bowels of the Metropolitan Museum of Art is a little door painted green and blue like a bad Monet, and through that you must pass underneath some really old and funky looking HVAC ducts to get to another door that says: CAUTION. do not let this close behind you, it will LOCK.
Once inside you arrive at a concrete bunker/meditation pond with a chair, a bulb and the happiest, fattest (and some very pregnant) goldfish you have ever seen. This is where to go when Armageddon hits New York. The only drawback is all the lower levels of the Met do not get reception of any kind. Just don’t let that door close behind you. 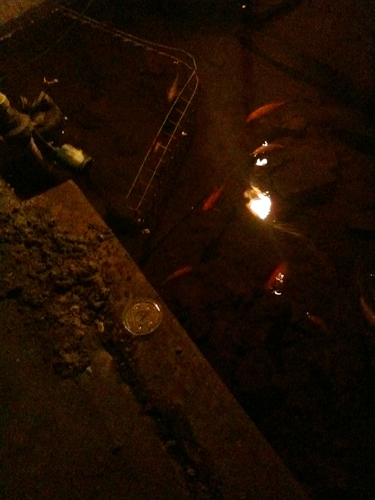 Meanwhile, upstairs in the public-sanctioned part of the Met there was a nice little show of stuff from Emperor Qianlong’s private retirement retreat in the Forbidden City, including some drawings of him practicing western-style rendering of antlers. Hey, not bad for an emperor. 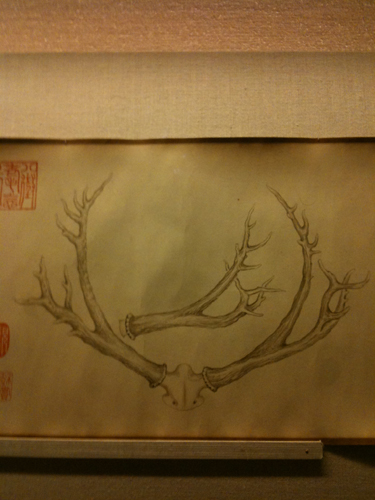 Meanwhile, Qianlong’s contemporaries (r. 1736–95) were busy doing what Chinese painters do best – letting a few detailed brushstrokes act as a metonym of something large and abstract and difficult to draw. What these little waves do is bear the representational weight of the entire ocean on their shoulders. They allow all the other water scenes in the painting to be abstract and spaghetti-like, and the whole scroll, some 12 feet long, remains anchored in representation. (Xu Yang, 1750) 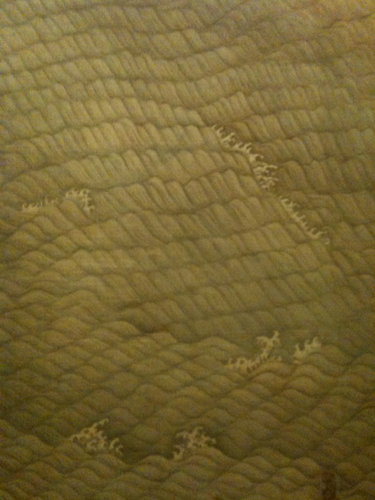 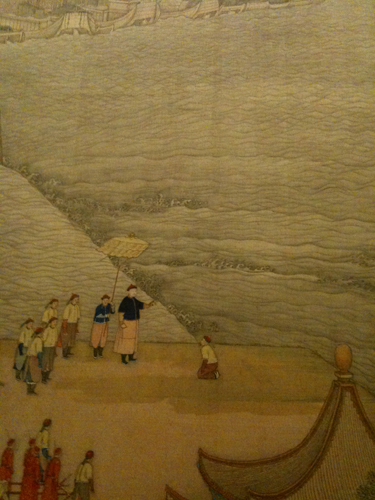 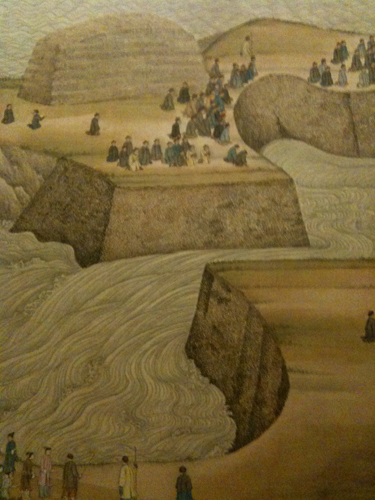 A few other fabulous things – Jack’s Luxury Oyster Bar can do everything LA can’t: tiny 6 table space with the smallest kitchen in the world, no gas, no coffee, no tea, and a prix-fixe menu that was as reasonable as the food was exquisite. El Quinto Pino’s way awesome bartender served us a basil-gin-lemon slushy that seemed to come out of a feed tube, along with their exquisite Uni Panini and other tasty goods, and finally dinner at Blue Hill on Easter Sunday, where they sent every table home with a half pack of their farm fresh eggs. 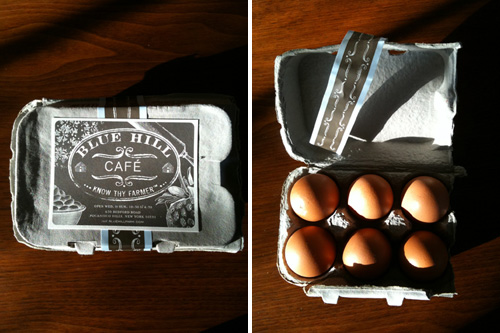 In case the eggs got me into trouble with security at JFK, i put the Peeps my lovely hotel left on my pillow in with the eggs in my bag. seems hard to make someone with no shoes on, whose belt is in the bucket and pants are falling down, who calculated just the right amount of lotion to bring, to toss out raw eggs if they’re accompanied by Peeps. 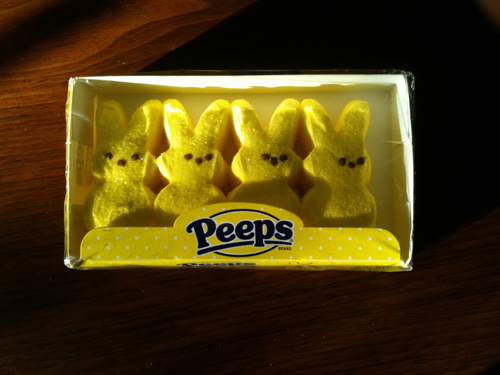 Finally, it might be obvious that other than the bagel, which was eaten at lunchtime, there are no food shots. no artic char with onion glass, no Pulpo a Feira con Cachelos, no passionfruit marshmallow… this is the curse of an iphone battery that cannot last a single day. where in Los Angeles there is always the car to plug into, in NY a semi-functioning battery will bring nothing but darkness after the sun goes down.