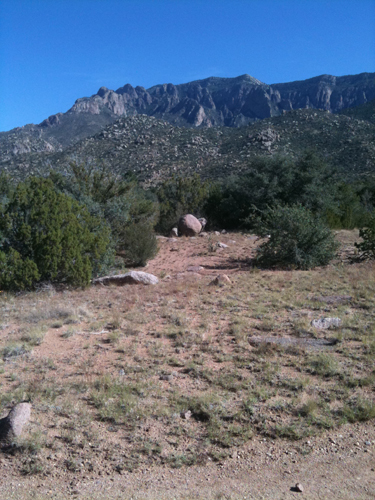 this morning i took a hike in the Elena Gallegos Open Space Wilderness just at the base of the Sandia mountains. though i might be a little feverish from a head cold there sure are some funny similarities between hiking here and hiking the Big Wild in Santa Monica.
ABQ is already a lot of like Los Angeles, a semi-polluted flat expanse of dry terrain with ugly business parks and strip malls dominated by mountains on two sides. there are acres of the heartiest drought-tolerant plants amidst granite vistas of beauty and amazing skies. in the nicest restaurants in town you’ll find fancy outfits as well as the casual garb seen at the Frontier Restaurant where “breakfasts just got sunnier.” personally i’m jonesing for a “Lobo Country” t-shirt, just can’t find one that isn’t XXL or bigger. 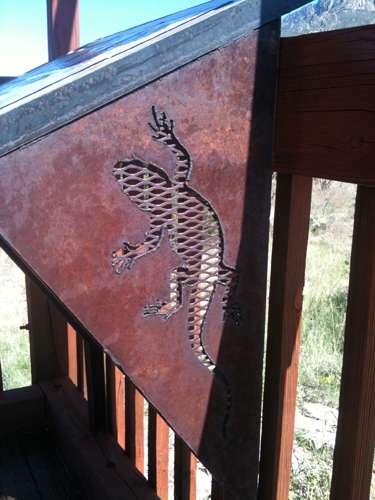 like the Big Wild, the EG Open Space is a short freeway drive from town, past some Best Buys, Walgreens, the Apple Store and a Trader Joes. from the trailhead the view back into the bowels of ABQ looks surprisingly like the SF Valley. 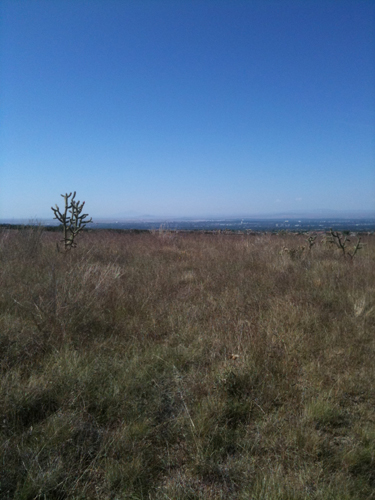 the Big Wild is off Mulholland Drive, and most people who care about the history of water in LA or are fans of the movie Chinatown know who he is, and the EG is off a big street called Juan Tabo, but nobody has any idea who he is. Googling “who the hell is Juan Tabo” points to maybe a priest or a sheepherder or a stage coach stopover along Route 66 owned by a guy named John who had a pet fish named Tabo who liked pats on his gills and could live without water. so maybe the connection has something to do with water. 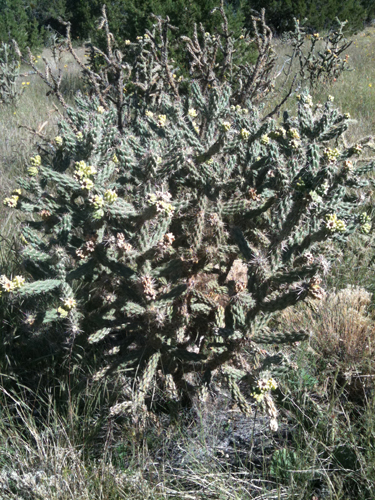 dogs are allowed at the EG, but not off leash, although if i were a dog i’d prefer to be on the leash. the cacti are everywhere except on the trail. on or off leash, there’s always time to play a game of “is that prickly pear larger than my head?” 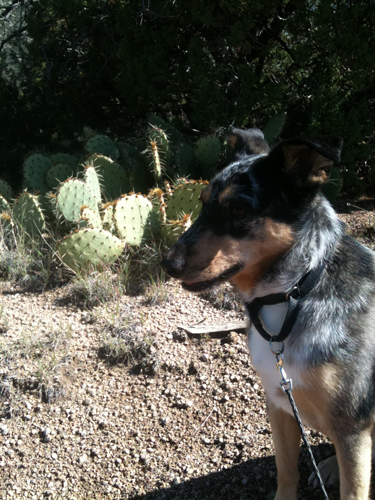 hiking is hiking though, no matter where you go. there’s always the biker asshole who says “i’m from [insert city] and when i saw the sign that said this trail was closed to bikes i said [insert expletive].” there’s always the large German speaking extended family with the Mutter who makes sure every child over the age of 2 wields a walking stick twice their height and the Vater who makes every rock outcropping a photographic opportunity. at the EG there are free poop bags, but most people don’t make use of them. there’s also drinking fountains in the picnic area, clean bathrooms, extraordinary topo maps, excellent signage and accurate trail markers. oh did i say the park fee was a dollar on weekdays, two on weekends?
here please, take my fiver. 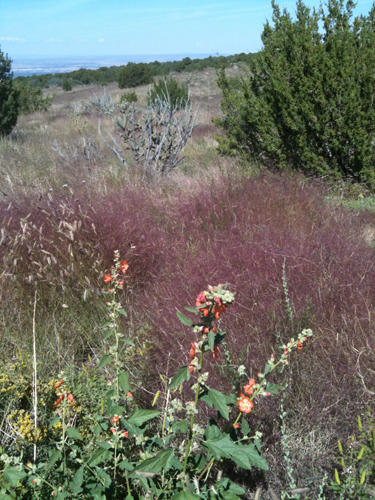 two of my favorite things in the whole world: yucca pods and New Mexico fire ants. 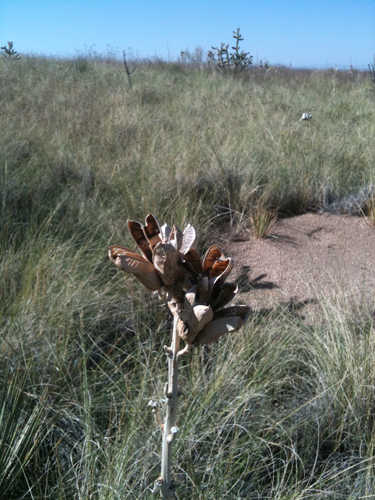