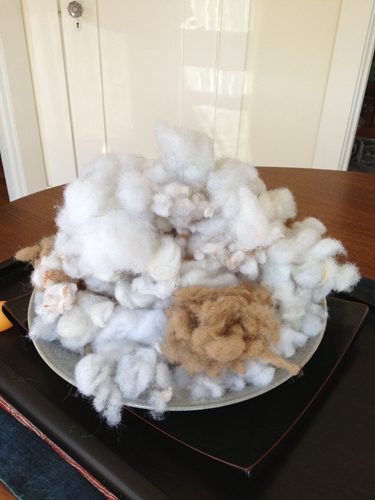 my mom, in between taking me to assorted rock concerts as a kid, also taught me how to sew, knit, and crochet. sometimes she combined the two: i came home from a Rush concert once and drew her a picture of the black/white seersucker jacket Geddy Lee had worn, and she made me one. kick ass.
in college i started knitting sweaters, but knitting while attending lectures led to miscounts on rows so my sleeves tended to be really, really long.
when skinny scarves came into fashion and were selling for $40 a pop, i turned up my nose and went to the knitting store, only to hand over $200 for crazy fun yarns.
one year over the holidays in New Mexico we scored a huge ream of black fleece on sale so we made backpacking pillows, neck warmers and hats. tons of hats. tall hats, bishop’s hats, arty hats. everyone got a hat that year. my brother, who had slept during the entire hat making enterprise after eating too much for dinner the night before (oh, the days of La Tertulia) woke up and said “i want to design one.” he disappeared for about an hour, then came back and said “imagine a ball made out of 8 equal triangles, can you make a hat just like that, only the 8th piece would be my head?” when we finished there was only one word for it: genius.

i’m glad to say i don’t have the “craft bug” or any other hipster ailment concerning making things, but every now and then i see something and i say “Oooh. i gotta make me one of those.” my enthusiasm for making something drops drastically if i have to go to the store and buy something so i’m a big fan of using what i’ve already squirreled away in my (kind of large) cool-shit-i’ll-maybe-use-in-a-few-years box. i will admit that despite my best intentions i usually end up with things that are ridiculously, shamefully cute, but i think that’s somehow related to not wanting to go to the store, like i am forever dipping into the same stash of über cute raw materials.

so, a couple days ago a friend sent me a link to this bit of insanity: 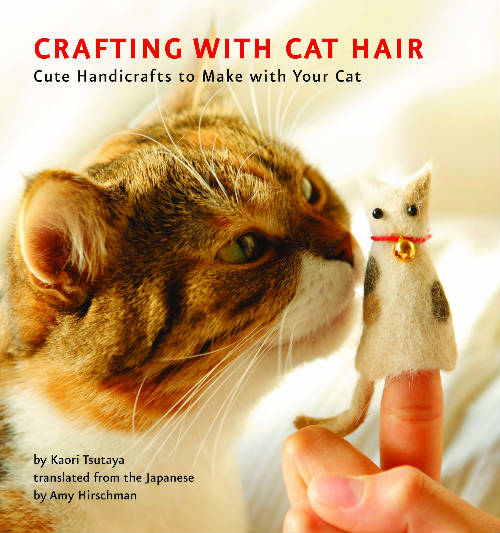 yay! now i can make things out of my cat that my cat can play with. perverted, but really cool. the only problem was i had to start building up my collection of cat hair. this is what i got from this morning, clearly with some help from the pups: 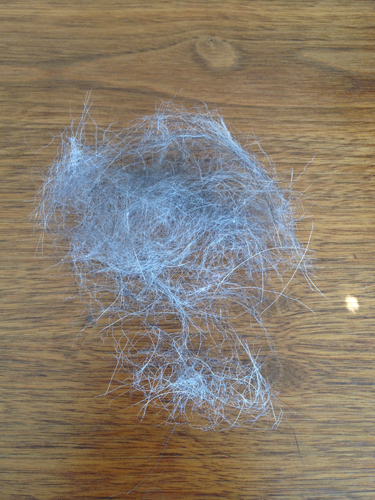 and this is what BB thinks about getting brushed more: 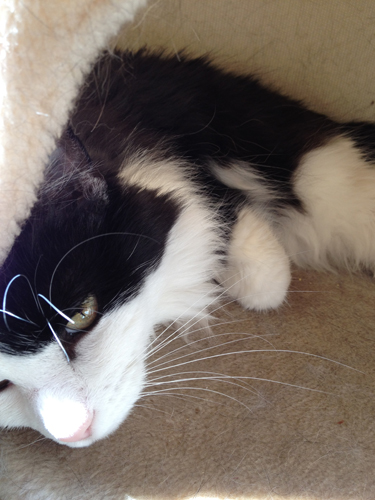 so, intent on procrastination, i decided to make a fleece sack for my phone! after a long debate over whether to protect the glass with the plastic sticker or carry around an ugly case, i settled on making my own. 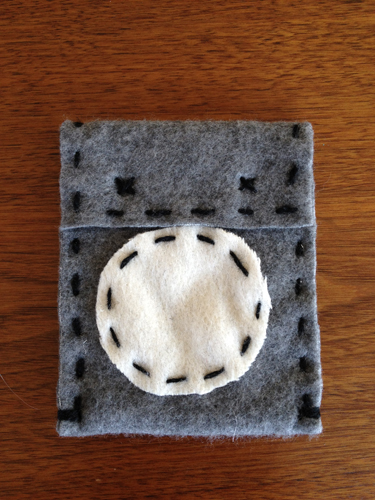 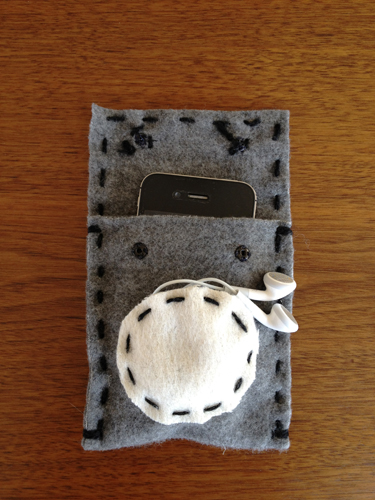 it’s a moon on there, though i could easily have made it a fried egg. which got me thinking. maybe i should concentrate on making crafts that illustrate old titles for my novel. it’s a good way to procrastinate. so this one’s for “Moonquake.” the next one’s going to be for “Drink with Clarity More,” though that’s not much of a craft project, more like a lifestyle.