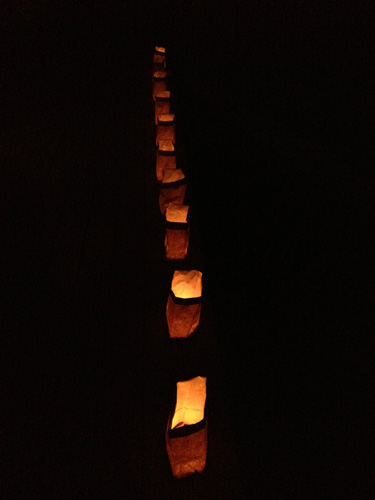 as a child my family never really celebrated Xmas, though we did send cards (ideally without any mention of God or Jesus) and my Mom sewed some velvet stockings with our names on them for our white brick fireplace, and they occasionally grew fat with things like staple removers, pocket calculators, and… Hanukkah chocolate money (i didn’t realize how funny this was until a few years ago—child-appropriate and shiny representations of money—a great hit with the Chinese). i do have memories of a fake tree with a red metal stand and nice glass globe decorations but presents were optional, especially since my dad (starting on the day after Thanksgiving) stormed about the house ranting on how if everyone agreed to buy presents after December 25th then everyone would save a shitload of money.

over the years my Dad has had a lot of ideas of “getting a pact together,” and though they all have good intentions, they somehow don’t resonate well in a world where not everyone (thank God) thinks like him: in Los Alamos where i grew up in there was only one supermarket, and one day he found green plums for sale, his favorite, a total rarity in that town. he bought several bags worth and then came home and called all his friends to go get them, in order to send a message to the manager that there was great demand for these plums. instead what happened was that after a few days the store ran out of green plums. more often than not his call to arms are political, usually to “clobber” the Republicans, teach the Communist pigs a lesson, or elevate the political power of Chinese Americans (the majority of which—to his dismay—tend to be in the Republican camp). 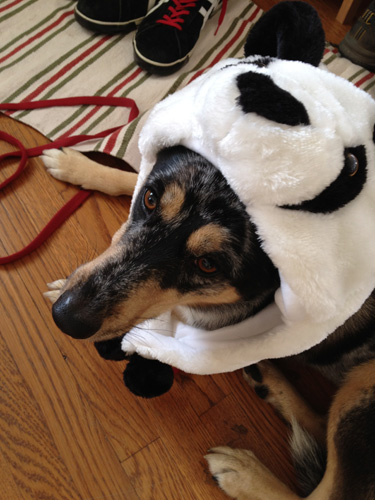 this year my Xmas weekend started with a bang and ended with a whimper. Mid-morning Xmas Eve i got a call from a client and after a few comments about the holiday and the weather, he asked if “we” had an offsite backup of his computer files. i asked if this was a “if someone were to firebomb the office” type of question and he responded, “actually, more like if the Feds come and raid the office.” he was serious, by the way.

the whimper came Xmas day just as the sun was setting and we were lounging on the deck. Something scrambled up a tree which startled both dogs and even Bing-Bing the cat, otherwise known as Bing-Bing the Brave, who had ventured on the deck to view the farolito lighting, 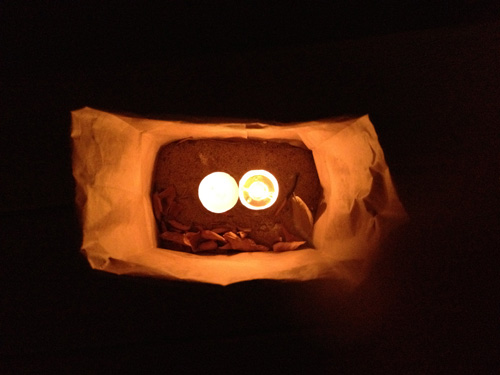 stepping outside for only the second time since her accidental procedure several years ago which turned her into a Manx, despite knowing that one dog is convinced she morphs from “tolerable roommate” to “prey” the second she crosses the threshold. anyway, if you were a small thing, say a baby possum, and you were in a tree, and down below were two dogs with four front paws on the trunk and it was dang close to dinnertime you wouldn’t go DOWN the tree, would you? would you? 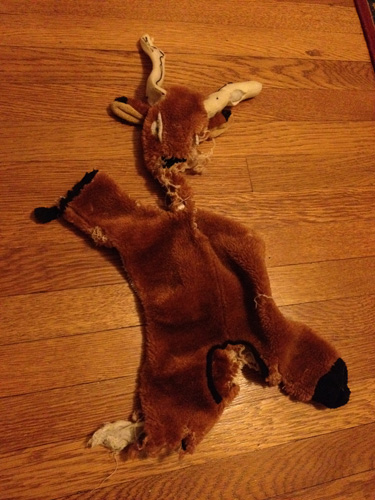 a little about our client. i don’t know what happened and apparently it’s an innocent mistake, (not like the two-year sting operation on rawesome, who did have their computers confiscated) and i certainly hope so. these people are the coolest people on the planet. they have their holiday dinners at places with this kind of art on the wall (faces blackened to protect the innocent, but gawd that world map! that flag! those paintings! and the photos aren’t showing the bowl full of non-dairy creamer, the Sutter Home red or white option, or the other carafe filled with what tasted like bong water) 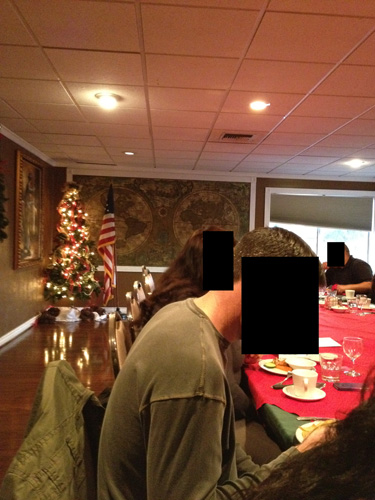 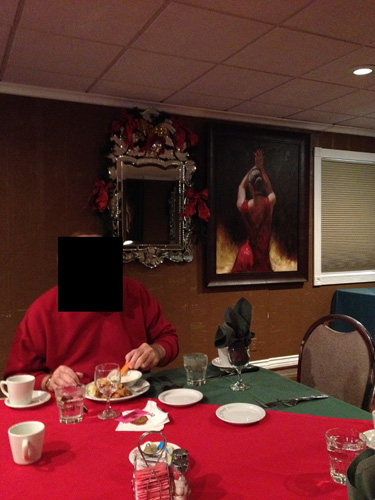 but i wouldn’t miss their holiday party for ANYTHING in the world. and i am dead serious. if you know me, that means a hell of a lot. plus, how can the Feds bust a company where the Office Manager has to remove this from under her desk, in order to stash things, like… 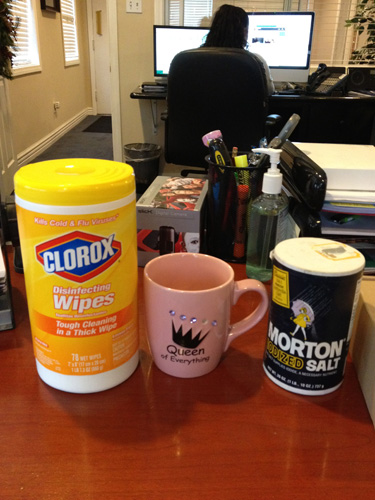 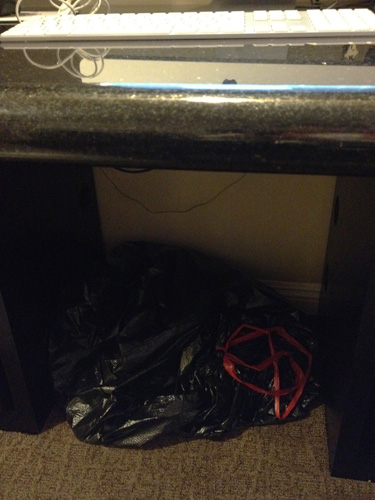 in-between dealing with the off-site backup system, i went on a good hike, ate a bucket of latkes with lox and homemade applesauce, became addicted to a fudge called Fungus Amongus, converted a Scotch naysayer into an Islay lover, painted bookshelves, talked to both parents, one of which couldn’t believe you could just email some blogger to ask him what Chinese writing software he used (“i DON’T know him personally!”) and the other said “Guess where i am calling from?” before revealing that she was sitting at L’Atelier at the MGM about to eat a soufflé with a scoop of pistachio ice cream dropped in the middle (“It’s falling into the center of the Earth”), pulled weeds (while on the phone), brined a pheasant, took a recipe for butterscotch budino seriously when it said to finish everything within three days, figured out our New Year’s card (late this year – holler, or rather, send us your address, if you want one), and best of all, got to see the Star of Beeflehem. 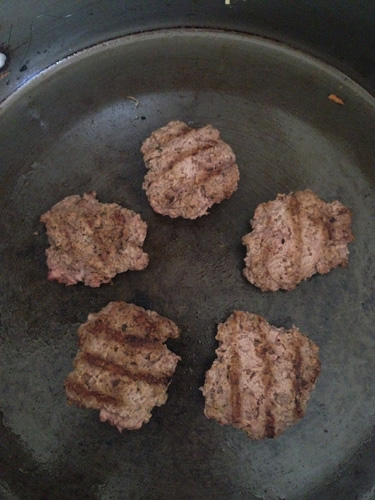