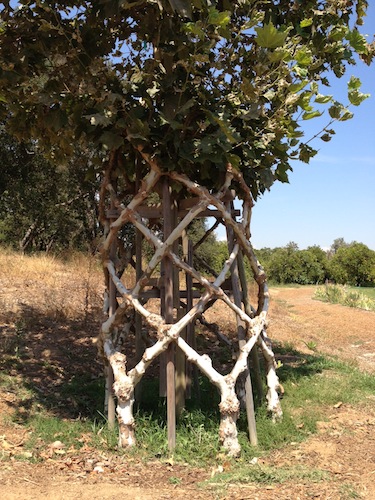 In memory of my father’s passing I created a website where friends and colleagues could post photos and remembrances. One letter, from an old Chinese friend of my dad who apparently knew him at a young age (speaking about my dad, he wrote: “A lot of childhood stuff starting to pop into my head: mischief, the way he walks, talks, playing silly in front of girls, his lovely parents and grandma”), contained a rather peculiar sentence which went unnoticed for several months. Not “unnoticed” like I didn’t read it and think it was weird, but rather “un-taken seriously.” At the time I figured the entire letter had been put through Google translation and, like the way most Chinese vegetables get presented as “lettuce,” some nickname or term of endearment which the friend used must have gotten twisted into the word “stepfather.”
Mr. Dai wrote: “Most importantly, he is a wonderful son ( I know for fact, he loves his father (stepfather) dearly until his pass-away).

When my father’s wife threatened to sue my brother and I (not sure over what), and then in a follow-up email forwarded a powerpoint presentation of the concept of a mathematical magic square with the eerie command “Enjoy it,” we decided that sleuthing out the grandfather-as-stepfather rumor was a brilliant way to avoid dealing with crazy people.

Mr. Dai told my brother that he had heard our father’s biological father died as a pilot in the Chinese Air Force, which prompted a search in all the old photos for anyone that was Chinese, wearing aviator glasses, and short. (my *ahem* grandfather was very tall, a “clue,” seeing as how short my father and my brother and I are, when you really take the ridiculousness of all this into account) 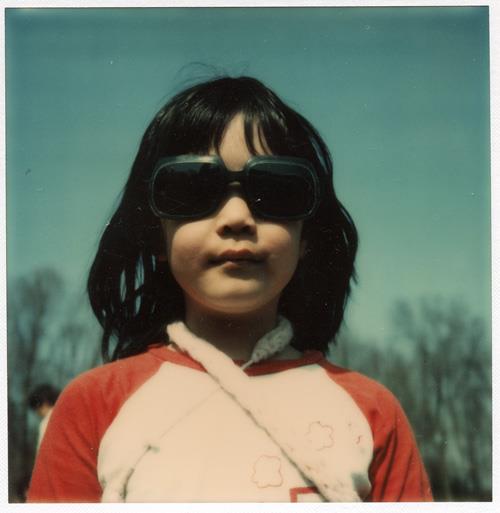 We asked some old family friends, who all said they knew nothing, but offered similar stories from their own family, of non-biological parents kept secret for generations, of a father who said to his family “I had a wife and family back in China, and they’re coming over… today.”

Then we asked the husband of my grandfather’s cousin, who had taken good care of my father’s family before they moved to Taiwan in 1949, who said he knew nothing of the matter, and even seemed a little sad that we would doubt the bloodline between his family and ours. Then we debated whether to get DNA tested with the daughter of that cousin, to really settle matters.

Then we asked my mom, who said she didn’t know, but always suspected it (whatever that means). My mom of course sent us on another wild goose chase, recalling an incident around thirteen years ago when my father was shocked to find out he was unable to donate blood to my grandfather due to blood type. My mother couldn’t remember the details but it revolved around something like if you were A type, then both your parents had to be A, and clearly my dad was an A, and his father wasn’t. Of course, this isn’t entirely true, and the Internet sez it’s quite common for children not to be able to donate blood to their parents, and keep in mind my mother—in the same breath—insisted that my brother and I had “Type Q” blood. If you put “Type Q” blood into Google translation you find out it means you carry the trait of being able to slurp oysters with grace, something shared between my brother’s children, myself and MO. The smurf hand I inherited from my mother’s side. 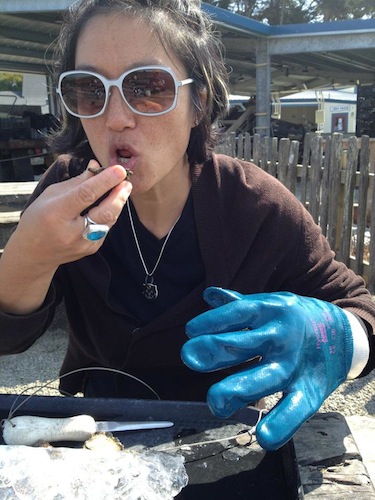 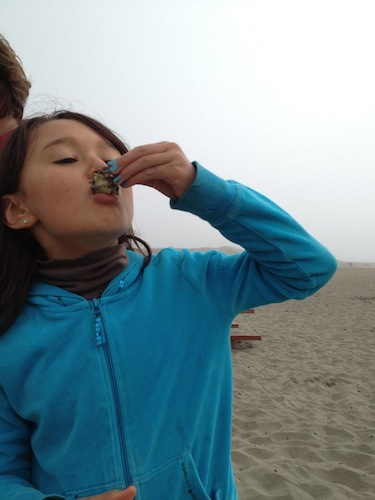 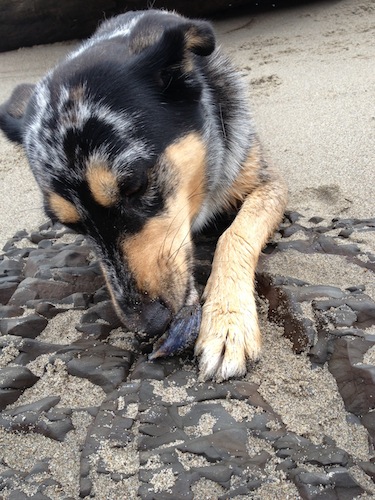 China in the 1930’s was invaded by Japan, then entered WW2, then began its own civil war. There was no shortage of widows, abandoned children and dead fathers. My father had always said there was debate as to the year he was born, one reason being that many Chinese kids were considered to be one year old when they emerged into the world (the 9 months in the womb providing the experience of one year on the outside), and we don’t have any specifics like my grandparent’s marriage certificate or anything, so we have no idea whether my grandfather met my grandmother while she was pregnant, or whether she already had her kid. We don’t even know if she was married to the pilot guy. We even tossed around the idea that maybe my grandmother was a rape victim of the Japanese, in which case I’d be quarter Japanese (am I allowed to buy a Prius now?).

What we do know (and this is where it gets weird) is that my father’s name (a rather unique name) is the exact same name as my grandfather’s first son. Say WHAT?

My grandfather left behind a wife and son in Cixian during the westward retreat of his university due to the Japanese invasion, and this wife and son (both long dead) was kept a secret from my dad for nearly fifty years, until the eve of my grandparents’ first trip home to China after an exile of nearly as many years. My father in turn kept it a secret from me, and he had it pretty buttoned up—like he had shoved the largest cork in the world into his ass not even a Cixain crowbar could bust loose—as nothing came out other than “beware the lying aunt” and “seems like a bad connection” on the MORNING that David and I were to visit my grandfather’s old home, not knowing who we were about to meet, not knowing what the f**k “lying aunt” meant, and as I stood there surrounded by (so called) relatives, half of them screaming on the cellphones to get other relatives to come ASAP, David asking “What are they saying? What are they saying? And which one is the lying aunt?” and I couldn’t understand shit until one wrinkled lady changed her dialect to mandarin, and said very slowly, “Your grandfather is my father.” Chinese being a language with specific words for describing exactly how a person is related to one another, it took another several minutes to get it clear that what she meant to say was that she married my grandfather’s son. Needless to say the next words out of my mouth were “Holy Shit.”

After David and I returned to the states we had to sit my father down and accuse him of sending us into battle without a helmet. He hummed and hawed and gave super uncomfortable eh’s and ah’s as he explained stuff about the “lying aunt” that I promise to get to in the future. The point is, at that moment, sitting there uncomfortable as hell, my father could’ve told me about my grandfather not being his real father, and all that old home myth wasn’t really his real old home. But he didn’t. I don’t think it’s strange that my grandfather was not my real grandfather but I do want to know why it was such a guarded secret. By this time, both my grandparents had passed away, and yet the cork didn’t budge. My dad’s second chance to reveal the secret came when he was about to go into the hospital for his heart surgery, and his third chance was anytime after surviving his surgery and subsequent complications.

So, maybe my grandfather renamed my father in the memory of the son he left behind. Maybe he had to rename my father for obtuse Chinese and/or legal reasons. Maybe he just really really liked that name.

But maybe it wasn’t true? Maybe Mr. Dai had my father confused with another childhood friend? No one else seemed to be able to confirm this so my brother, being semi-masochistic or something, asked my father’s wife whether she knew anything about this. She told him (in between her claims that my father promised her this and that), that she knew about my grandfather from a secret source which she wasn’t revealing, and that my dad didn’t know that she knew. Great. So we called up another old friend of my dad’s whom we think could be the secret source, since he lived close by to my dad, and Holy Blistering Barnacles the guy has not returned our call. Which, with all due respect, seems pretty strange.

Even though all this grandfather business is more of a curiosity than anything else, genetics do come in handy in some ways. 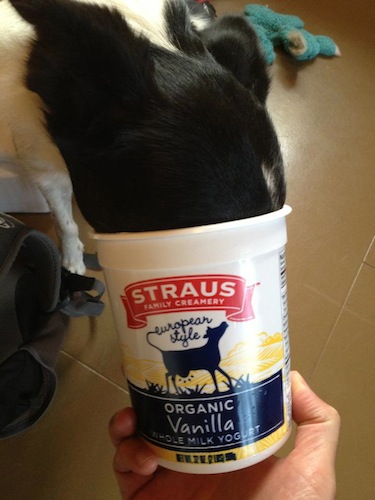 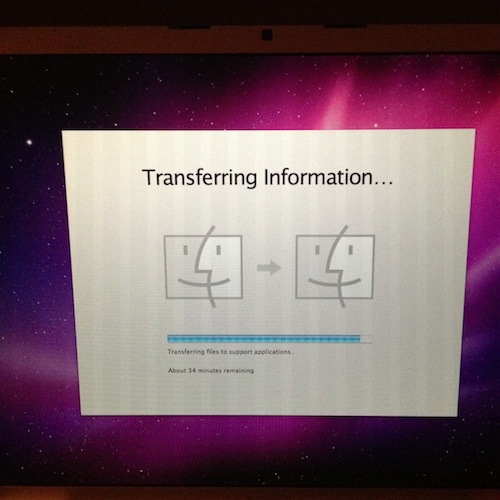 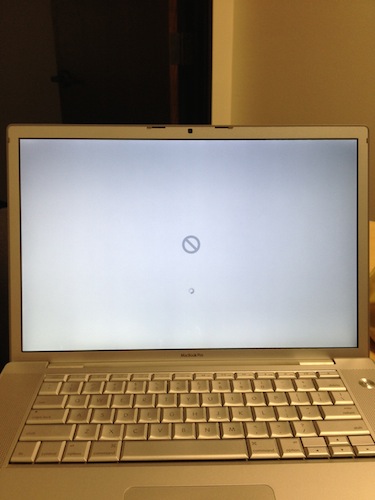