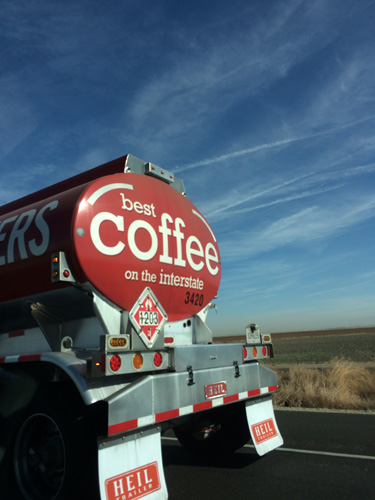 Last week we packed up dogs and bikes and headed to Trinity Alps. Apparently Trinity Alps is where you want to go in the off season for total isolation. Hello no one, can I ride in the middle of the road now? 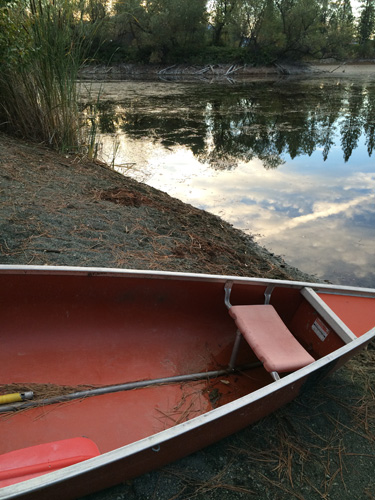 Living in Los Angeles it’s pretty darn easy to forget what no-one-around feels like. Your head goes through all the usual stuff: Are my dentals records current? What does bear poop look like again? What do all these people do without cell reception? Does the Audi make us look like Obama supporters? And yes, what if I just collapse here and die, and no one finds me until the spring. Guess that’d be OK. 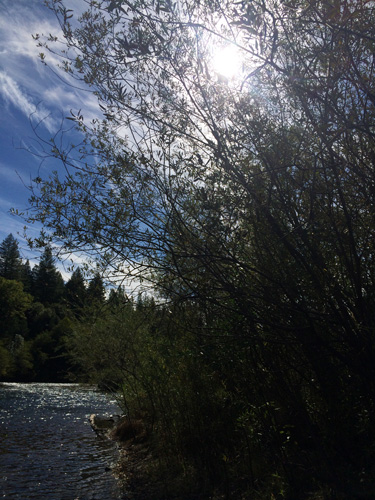 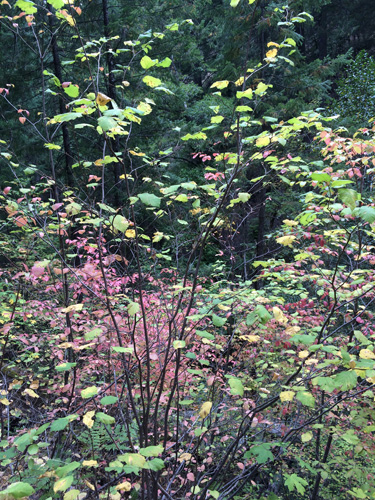 Riding up a one lane road that wound its way into the mountains we came across black-tailed deer and no cars. Zero. The roads were smooth as silk, and the trees were pumping out as much oxygen as we needed. We didn’t have to worry about potholes and polluted air but we did get chased by dogs near a sign that said “please drive slow, pets live here.”

At a boat put-in on the Trinity River we took a break, dipping only fingers into the cold and grumbly water. 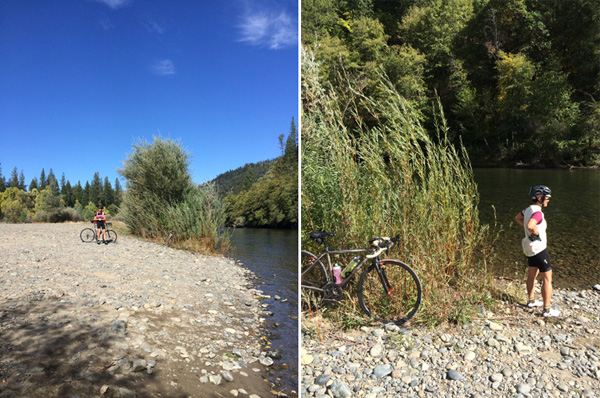 It’s salmon season, and upriver from us were two fishermen, casting from the water with bare legs. As we got ready to leave, a truck stopped next to us and a man dressed in beige camouflage rolled down the window. “Do those guys seem sketchy?” he asked.

We told him we didn’t think so, they were just fishing.

He pointed to a flat area a little further up the river. “What goes on over there?”

We shrugged, and told him it seemed like it was just a parking area, even though there were no cars. But, we said, the weird thing about this whole place is that all we’ve ever seen since we arrived are boat hitches. Not a single boat. Weird huh?

He opened his door and braced it with his foot. “You guys want to share a joint?”

He licked his rolling paper and said those guys were probably marijuana growers disguised as fishermen. He was a writer, and that meant they would probably be good fodder for him. He lit his joint.

He said he liked to dress as a hunter because that way everyone gave him “maximum respect,” and then he said something incomprehensible about when the fire came through the area a few years ago and the cops came and one in eight of them weren’t real cops, just dressed as them. “Or scrubs,” he added. “Camo or scrubs will do it.”

Then he hit on a grand idea and said we should ride our bikes dressed not all brightly pink and yellow but as hunters in camo, and instead of having the bike pump attached to our frames to carry a shotgun. David said that would be perfect, so if he fell on the bike he could also shoot himself in the foot. Our friend, whom we decided had to be Thomas Pynchon, said that wouldn’t be a big deal, since the people here shoot themselves up all the time.

Mr. P asked us if we were from the bay area, and we said, no, southern California. His face puckered into a state of maximum confusion. We told him we didn’t bike all that way, and he seemed relieved. 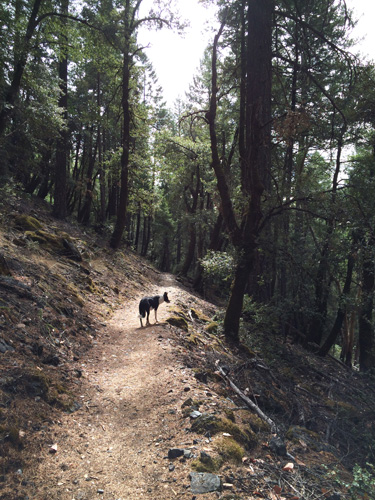