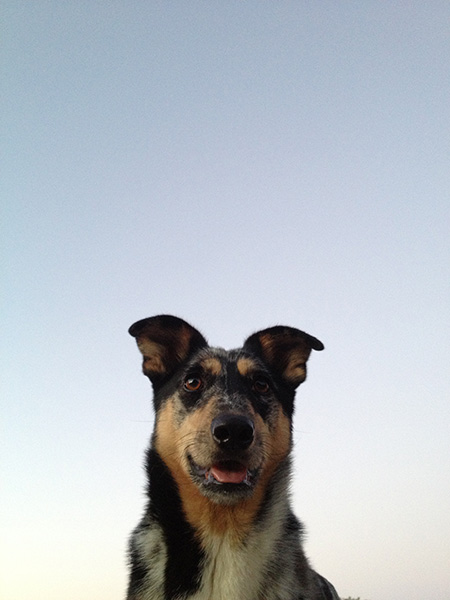 Famous people are not necessarily interesting people if you’ve only got a few minutes to chit chat, like really, wouldn’t most people, famous or not, just say, “is the chicken BBQ done yet?” or “do you think there’s onions in the guac?”

But we’ve got a short list, a very short list, of those we’d like to have those few minutes with, and Sean Thackrey is at the top, though technically David’s met him a long time ago. He used to work at the bookstore ST frequented, and ST has kindly remembered this fact over the years. 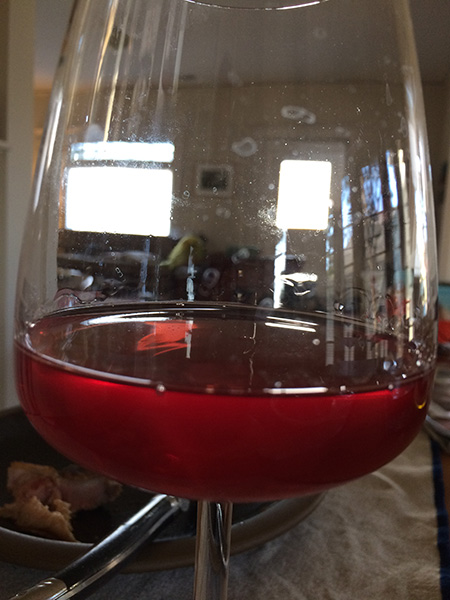 The drive to Bolinas on Highway 1 was a winding northern California classic, part fog, part sunshine, sheer cliffs overlooking a slightly angry ocean. We made a brief stop in Sausalito, which we made very brief, after designating it the Lake Como of the Bay Area, if you can judge a town merely by their galleries and penchant for regattas.

Our instructions for arriving at ST’s “barn.”
Park, let the dogs out, knock on the door.
The dogs were so happy to be face to face with the quintessential San Francisco guy: ST in his denim shirt and black turtleneck, work slacks and his marvelous Peter O’Toole look. San Francisco people from his generation (Alice Waters, etc.) are pretty much in a league of their own. Plus he’s missing more teeth than me, only his gaps are more uniformly distributed and wine-tinted. The dogs checked out a couple of his crushing tanks and his historical-plated pick-up truck, and got started munching on his weeds. 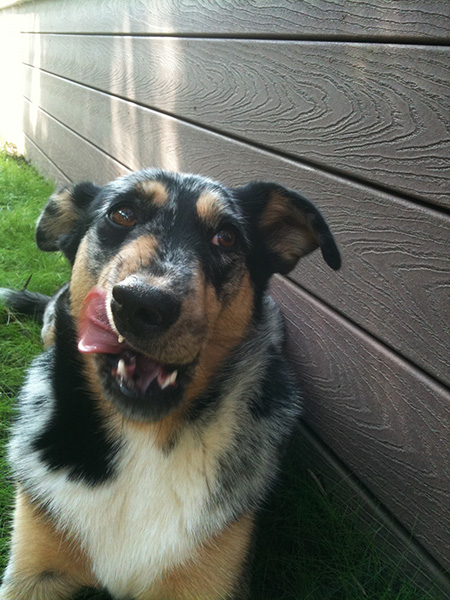 We asked ST whether he commuted to the city over Highway 1 when he worked there (he was an art dealer before he become a wine-maker). ST said yes, winding roads can lead to motion sickness, but how could he complain about his commute, since it was the centerpiece of other people’s vacations.

ST told us he now had a feral fox which he was feeding regularly, some mixture of duck fat, egg and dog food, confirming Stevie’s frantic suspicion that this whole damn place smelled like fox. 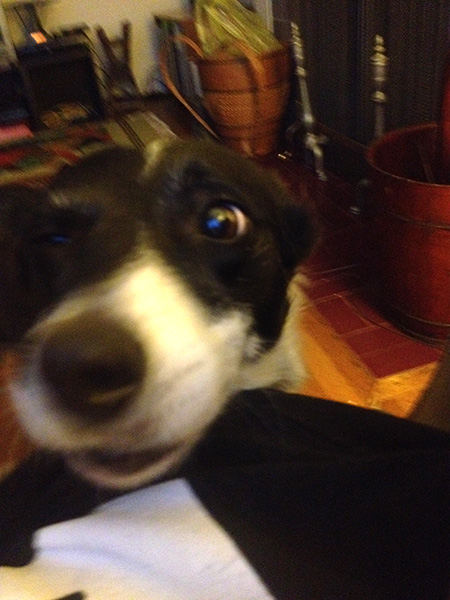 We got onto the topic of the Siberian experiment that bred foxes for tameness, in which the foxes got cuter after just a few generations, and ST said that was just blatantly impossible, and if it were possible, then it was purely heart attack material, that is, to have anything bred to be cuter than a fox. 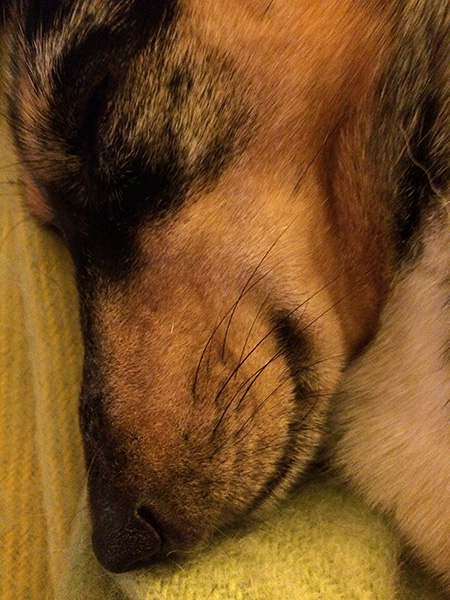 When we went inside the barn Stevie got to lick ST’s pans and even chew on a discarded cherry pit, while MO vapor waked the fox food. DUCK FAT is her middle name afterall.

In the kitchen hung the shrine to Aquila: 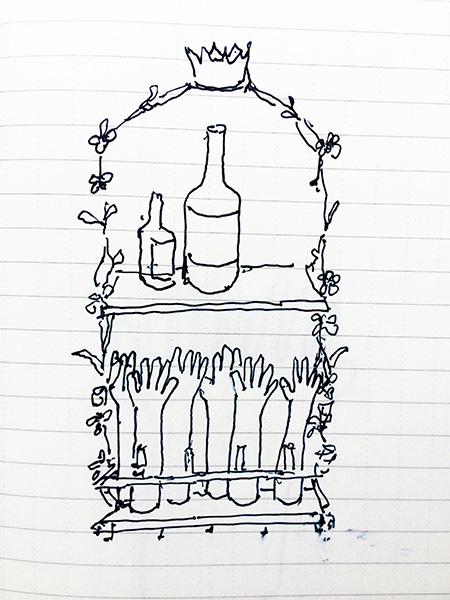 When ST explained that the things at the bottom were Belgian glove molds, we hit on the idea of soldering two of them together to create menorahs for Belgian Jews, a niche market for sure, but certainly one which would buy our product. 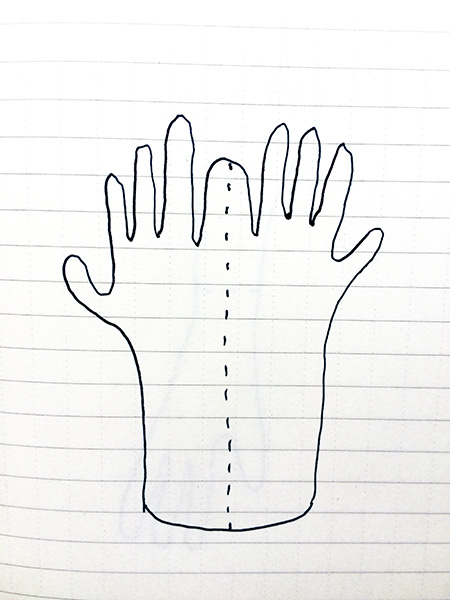 The other 2/3 of the bottom floor of his barn held wine barrels, which we are thinking might be around 30,000 bottles of wine give or take a few thousand. On the shelf were bags of Vole repellant, but I’m not sure how many ounces of repellent works for one vole.

The assistant Tim came and pulled some wine of out of barrel to see if it was good enough to start bottling. We took our leave and told ST we were off to Marin Sun to get some burgers. We told him that we heard the tasting room at Marin Sun wasn’t working out, and asked why that was. ST said they were a good customer, and sell quite a bit of his wine, but they don’t have a dedicated person to actually stand there and talk (i.e. understand) his wine. In other words, he said, Marin Sun is a butcher that also cooks, they buy his wine but they are not a tasting room. Get it? 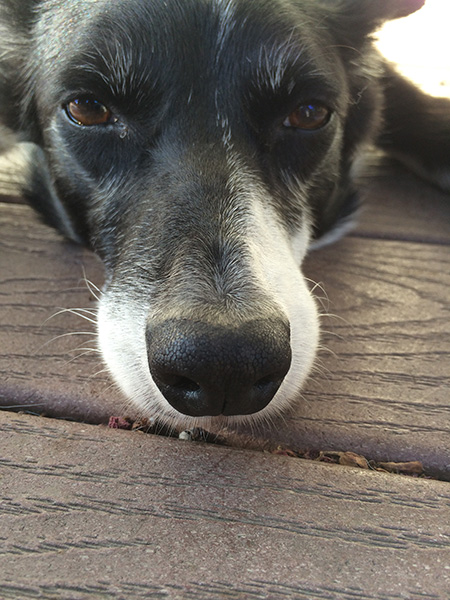