In 2001, my husband and I went to China to research tea and we saw a place on the map in Guangzhou called the Best Tea House (China) Co., LTD. We went in the front door, sat down with a woman named Rainbow, and stumbled out five days later. Some very old pu’er was drunk after hours one night, after the gals in the shop broke off a small piece of a mushroom/turdy looking thing in a very dark (and fragrant) storage room. We were all giggling so much only Rainbow had the steady hand to brew it. They claim it was from 1901 and I believe it. It looked older than dirt. The taste…honestly, does it even matter? 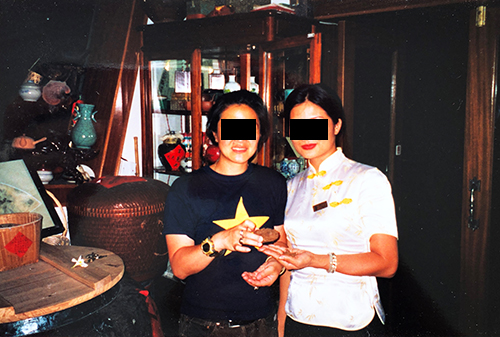 (photo altered to protect the innocent)

After we returned the the U.S. we sent Rainbow some money and she shipped over various teas, porcelain ware that never made it (no easy access to bubble wrap back then) and three-toed sloths made out of Yixing clay.

A few years later we found out Rainbow’s boss (I’ll call him Chevy, since he looked like a Chinese Chevy Chase) had kyped the name “Best Tea House” from Vesper Chan, who had been doing business in Hong Kong under the same name. Copycatting is often seen as a form of respect in China, and Mr. Chan never thought he’d be doing business on the mainland anyway so he didn’t think much of it. A few years ago Mr. Chan decided to open up business in China, and found out he couldn’t use the same business name as his HK shop. So, Chevy’s a little shady. Oh well. 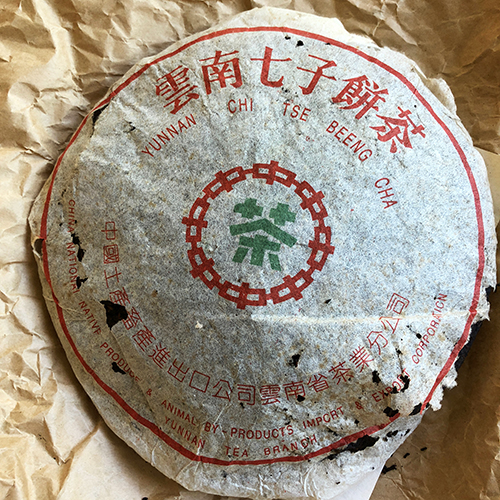 Two of the teas Rainbow sent over have the Seven Sons wrapper, the name for pu’er teas made by the Menghai Tea Factory, overseen by the China National Native Produce and Animal By-products Import and Export Corporation (otherwise known as CNNP), the official government agency in charge of those exact things in its name, (including pu’er) since the seventies. As with anything that old, especially from China, there are many variations in the paper, the font size, the printing, and the tea. Our tea, in the thin wrapping paper that’s very close to crumbling, is in this book. 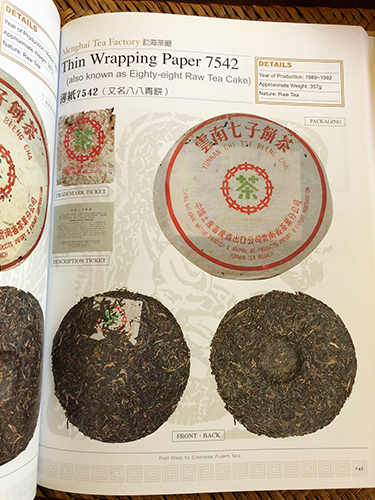 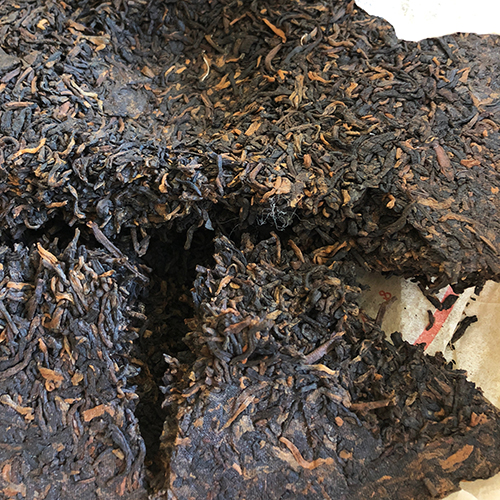 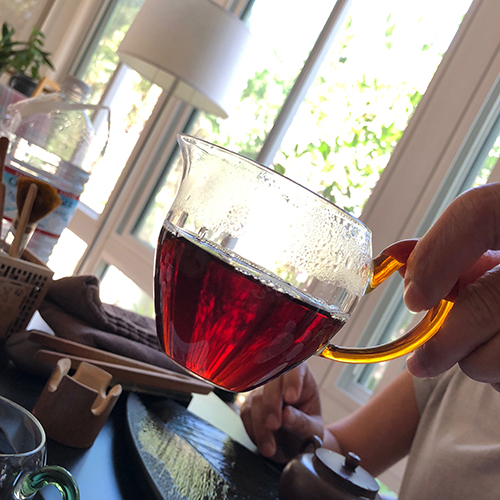 Most of the pucks she sent were from that year, 2002, but a few of them came with this note, saying that it’s fifteen years old (from 2002, which places it at 1987). I thought it tasted delicious back then but now after another fifteen years this tea is crazy. 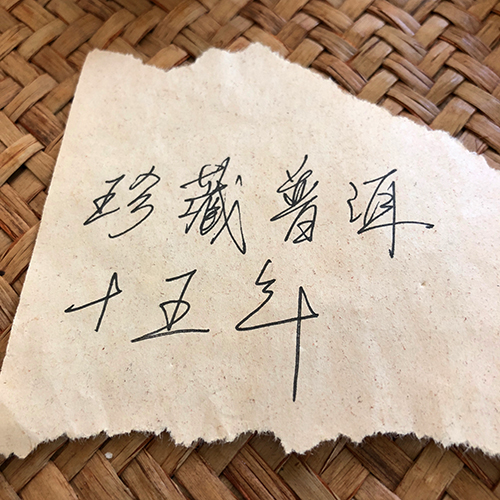 The taste is of rice soup with a little bit of date, but there’s an incredible sweet aftertaste that’s so rich and warming if feels like your mouth has been lined with a fleecy sleeping bag. 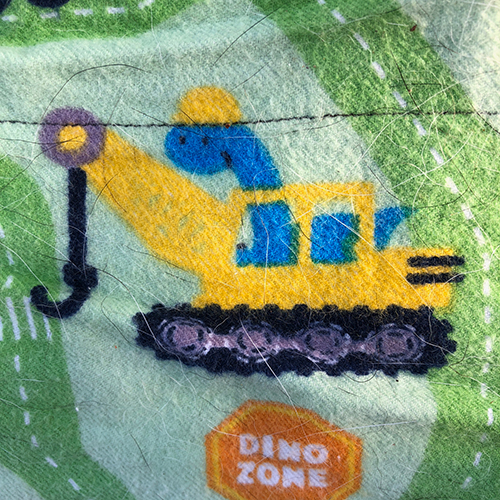 Next up was the “four gentlemen” set from Denong. The four gentlemen are plum, orchid, chrysanthemum, and bamboo. Each of these are picked ming qian from leaves from a single famous mountain but you aren’t told which one. 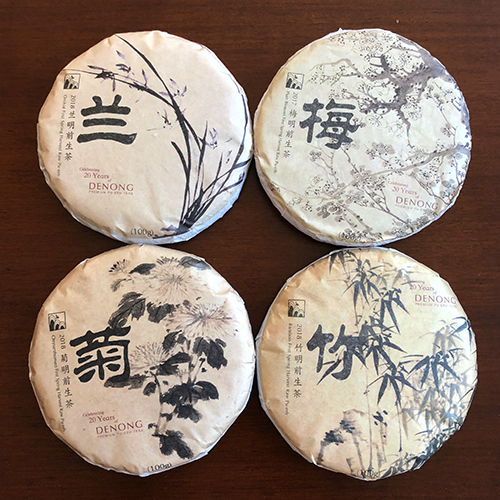 The plum tasted like white sugar, the orchid smelled like rock sugar, which made me think it was from an area close to Yi Wu, the chrysanthemum was the thickest tasting with a hint of citrus, and the bamboo, was, in a funny way, manly. Woodsy without being woodsy, a lot of fiber notes, no florals. 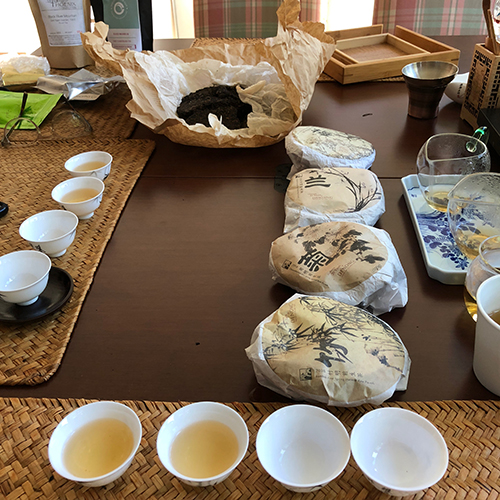 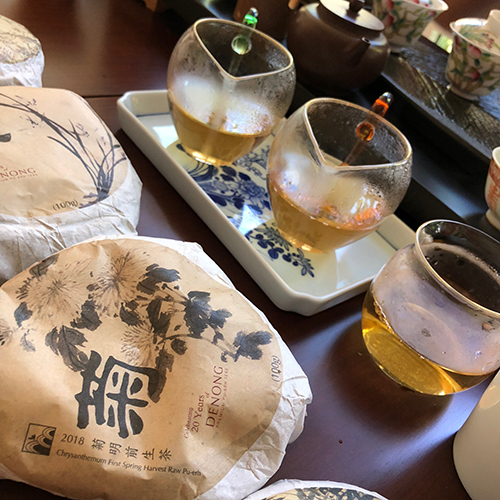 We left the pu’er world by trying a stuffed yuzu from Korea. The packaging says Yuzu Citron Tea but according to my handy dandy citrus chart, yuzu and citron are not the same thing. 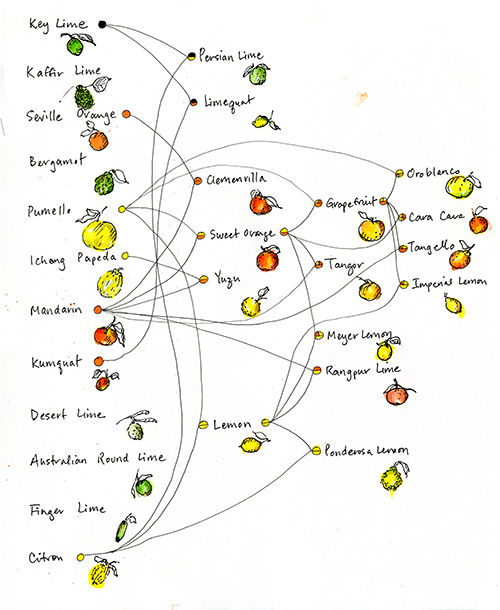 The flavor of the yuzu is lovely and sweet, and the color of the liquid was like sunshine, but we couldn’t discern any tea flavor. The tea was very broken up, and when I chewed on some unbrewed pieces, and chewed and chewed, after about a minute it started to taste like black tea. 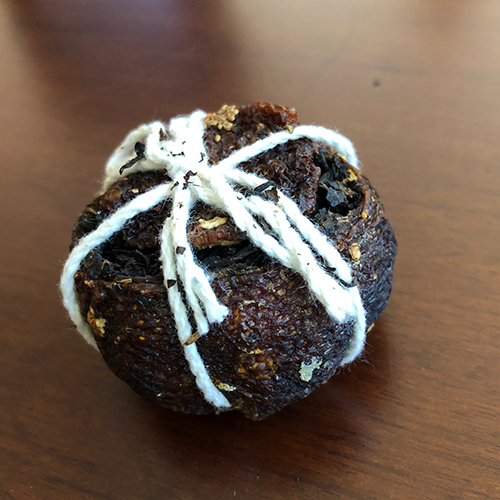 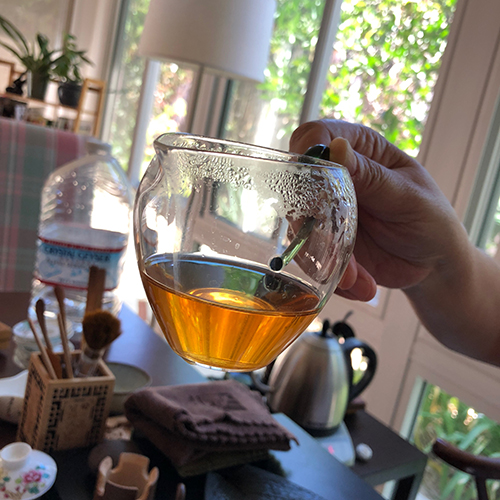 Black Magnolia from the Great Mississippi Tea Company is the third tea grown in the U.S. that I have tried, and it’s always exciting to see the the outline of a state under Origin on the back of the package. 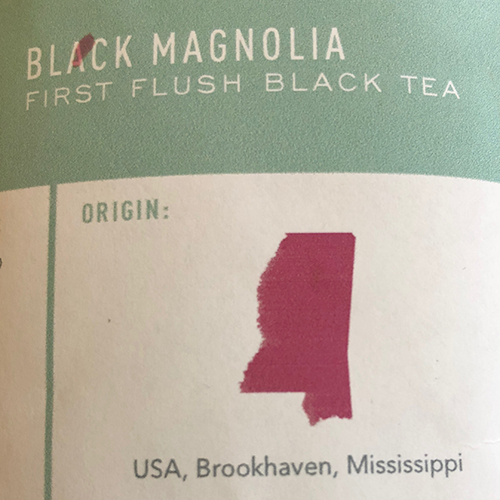 Only problem is that the back of the package also called this tea an oolong, and it had two different brewing instructions, one that said 4 teaspoons for 8 ounces of water, and one that said 2 teaspoons, with a different temperature recommendation. This was all so confusing it left us with an argument of whether the average tea drinker sees “teaspoons of tea” and uses a kitchen spoon or a measuring teaspoon. In either case, I couldn’t heap ANY tea into the measuring spoon because the leaves were too large and 4 kitchen spoons of tea came out to be over 6 grams which is way too much tea to be brewing with 8 ounces of water for five minutes (as one of the instructions said). 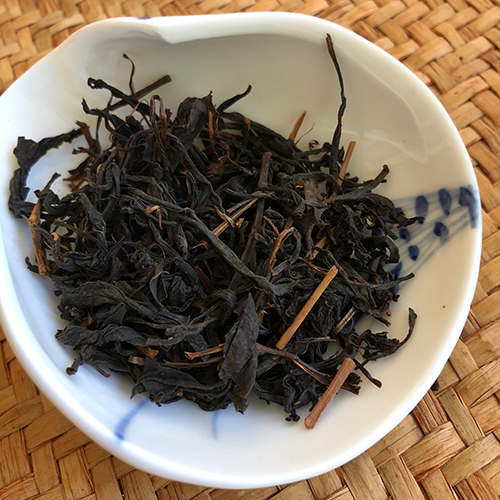 To cap off the afternoon we pulled out Denong’s 2008 Lao Ban Zhang (picked ming qian). It looked so innocuous, but one sniff of the leaves (chocolatey) and I started to salivate. I didn’t need to drink any tea. I think my body just remembered what it was supposed to do. Your mouth turns into the best sugary garden hose you’ve ever taken a drink from. The best part of LBZ is that flavor wise it’s pretty unremarkable. This leads to possibly a taste comparison for an upcoming workshop at the Huntington (note to anyone who has managed to read this far, our October workshop is sold out!): a pu’er that has OK flavor and no gan, versus a pu’er with a similar OK flavor but all gan. Now that’s going to be fun. 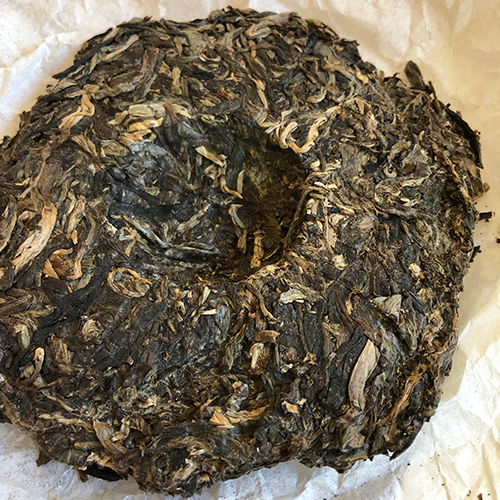