“It is the nature of scientific study of non-human animals that a few individual animals who have been thoroughly poked, observed, trained, or dissected come to represent their entire species. Yet with humans we never let one person’s behavior stand for all of our behavior… we are individuals first, and members of the human race second…

from “Inside a Dog, What Dogs See Smell and Know,” by Alexandra Horowitz. 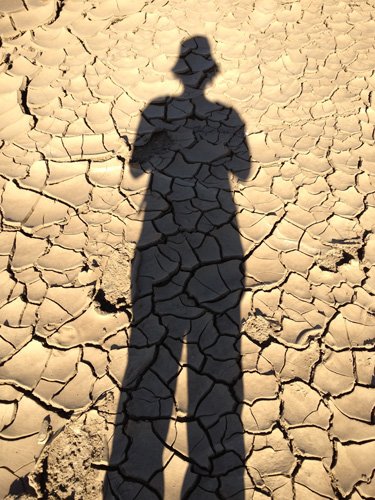 After reading my friend’s recent blog post titled “And Now for a Little Biracial Rage,” it seems like in actuality some humans do see other humans (of a different race) as representatives of that race first, and as individuals second. But all this “seeing” is in the guise of power, with race simply being the whitest, most convenient ax to wield. Humans tend to privilege vision over everything else, and so that means when one looks different that’s what other people are going to latch onto. Plus it’s simply too hard to take the time to learn about other people’s experiences, which (in my opinion) are really the things that make up one’s identity. 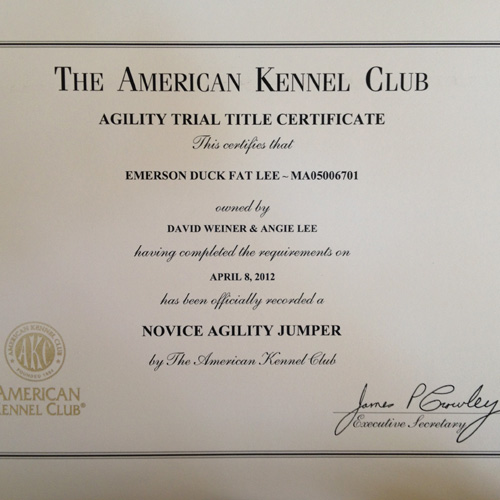 Besides, race and identity are fluid things, and made convenient only when necessary. Notice the recent hubbub surrounding our President coming out for gay marriage. This puts gay Republicans in a conundrum, as it does black conservative Christians. What the conservatives want is for the black community to put race aside (“Aw come on, just this once”) and not vote for the person who is trying his darnedest to help their race, and instead condemn him for something totally abstract like thrusting a rainbow fist in God’s face, whereas the gay Republicans (who I think are Republicans for mostly fiscal reasons) have to wiggle about deciding whether their capital gains tax and other pocket lining issues are more important than voting for the first standing president in the history of the U.S. to support their cause. Yup, it’s a toughie. 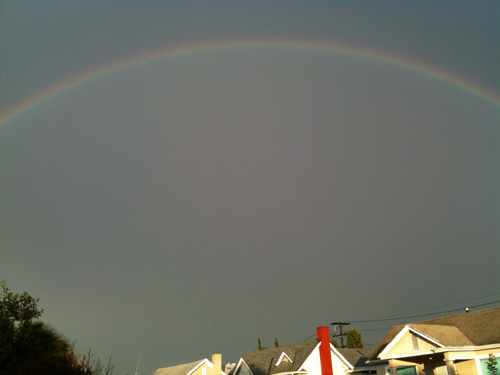 What all this means, is that race and identity are tools. Just like the argument of how guns don’t kill people, bullets do, telling someone (who’s half Chinese) “You don’t look Asian to me,” is not a comment on race as it’s a statement proving the guy who said it is a dickwad. Not only is he dismissing her actual identity, he’s also judging her by what she looks like based on an identity of his own fantasy, and in that visual judgement is also an opinion on how she should behave, given her self-proclaimed membership in the race he’s an expert in, and boy let me tell you he knows the Asians, as in he’s received some juicy Asian back rubs and bowls of Moo Goo spicy chicken. And I’m sorry to say, but it’s got to be a guy, a white guy, and he’s probably single (or soon will be), and he’s trolling Southeast Asia for a reason, and in the words of my dear friend living in Hong Kong “These mother scratchers, once they start dating locals, they can never go back to an opinionated western girl.”

The ease of how these things are said and taken lightly reminds me of a recent Meet the Press where Rachel Maddow brought up some facts regarding how women were getting paid less than men. Alex Castellanos answered with the nastiest kind of condescension. He said “I love how passionate you are,” which is just about one of the most belittling responses, one, because it reduces the presentation of facts to a mere display of emotion, and two, because it’s disguised as a complement. 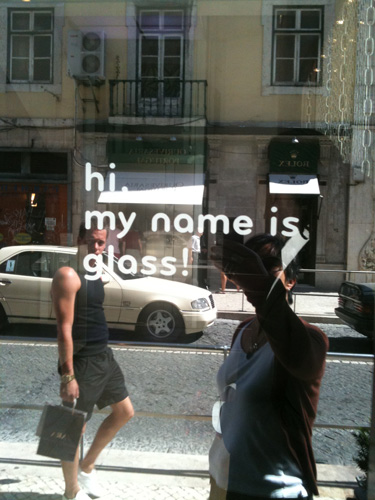 So this brings me to the woes of MO, my bi-tri-multi-racial dog. In the dog world I assume she presents her identity clearly, as dogs tend to do, that of trouble-maker-chase-extremist, and it makes most dogs just want to slap her, but when it’s humans she encounters, they tend to pull the “you don’t look Asian to me” on her because they’re just looking at her, as opposed to watching.

One of the best pieces of advice I’ve ever gotten in terms of raising a rescue dog (or any dog) is to “See the dog, not the problem.”
Or in other words, “Train the dog you have, not the dog you think it should be.”
Or, “If you can’t be with the one you love, don’t fake it by pretending to love someone else who kinda looks the same.”
Clearly this memo hasn’t gotten around very much. 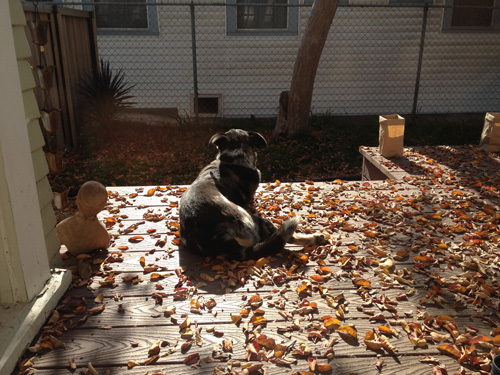 MO (and me, since I have to suffer the human part of the conversation) have had plenty of encounters with people telling me (not asking) what breed she is. Most people that declare what breed of dog I have must feel pretty self-satisfied, but they don’t realize that even if they were right, even if I bent over in a total and absolute kow-tow, it wouldn’t do me a wit of good in terms of understanding MO’s behavior, or MO in terms of how she should live her life.

They say “That’s an Australian shepherd” and when I say “Well, actually she’s got some gouda and aged gruyere and possibly some ham in there,” they say “NO. She’s definitely an aussie. I’ve had two. I’ve a good eye for them.” Some say “Whoa, gotta watch out for that cattle dog,” and when I say she’s “50/50 butter and duck fat,” they say: “NO. You see her coat? (how can you not?) See how she’s trying to herd?” (uh, actually, I’ve seen what she looks like when she is herding.)

Sometimes (when people do ask) I offer this explaination: “MO’s mother bit her owner and was taken to the shelter where she promptly bit a shelter worker right after they found out she was pregnant. There were four pups and MO is the only one with a merle coat, and they tell me the mom was a German Shepherd/Chow.” And they say “NO WAY she’s any of those,” as if they were there in that back-alley-south-central-Los-Angeles point of moogoomaculate conception with a freaking DNA strip.

Even when I had to register her to take obedience classes I was chastised for writing German Shepherd/Chow as her breed. Turns out I should have written “All American.” It’s pretty hilarious to think which part of a German Shepherd and a Chow is American!

All of this is frustrating and stupid and annoying, but the really critical part is, (other then why has no one told, (or asked) me about her double life as Canine Sherman) what difference does it make what breed she is? 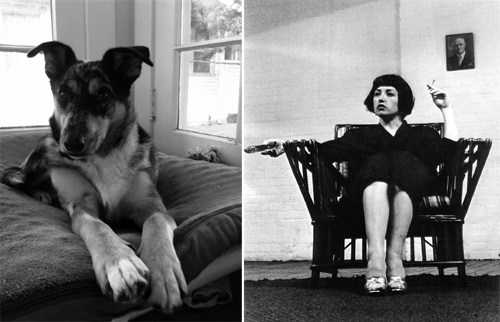 What is breed going to explain in terms of her actual identity/experience? Will her being a “full-on” whatever breed explain her permanent fear of strangers and her facility at defusing a naked squeaker? Which is a more authentic part of her identity, the fact she spent the first six months of her life learning all things dog from twenty some dogs and so can read other dogs in an instant, or the fact that she looks, or doesn’t look, like a German Shepherd/Chow?

Even with Stevie, people will often say “My, what a pretty border collie mix.” I just lower my head and say, “Thanks, but she’s only a regular border collie.” Good God. At least I don’t get thanked for being so damn passionate. 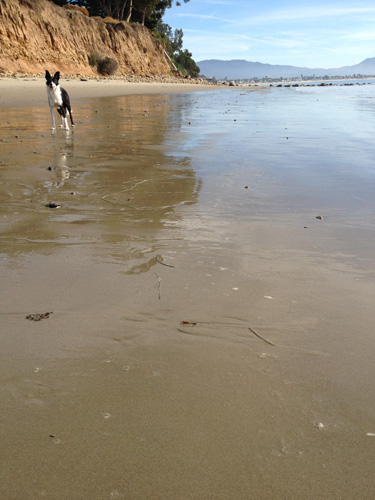