the May 23, 2011 issue of The New Yorker has an article by Michael Specter on growing meat in a test tube or petri dish. i’ve always wanted a meat tree in the garden, so now that we’re putting in new containers and ordering shitloads of dirt i thought it would be a great time to try.

first we pulled up all the fava beans still lingering in the yard. 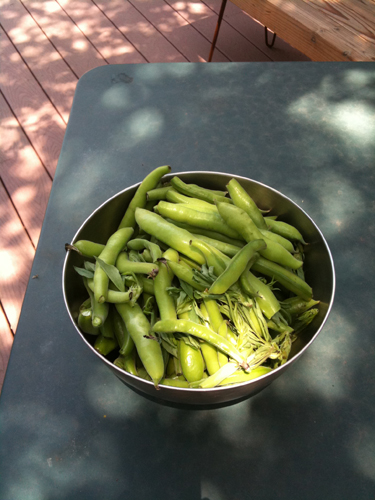 then we staked out the area for the new containers, set them into the ground, sprinkled heavily with water… and the next morning… 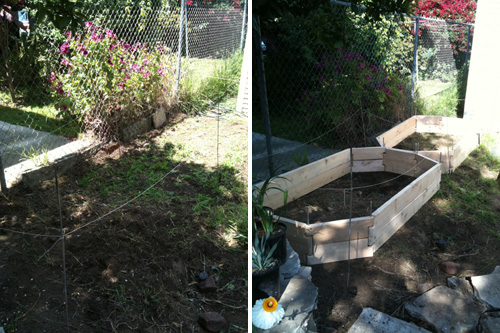 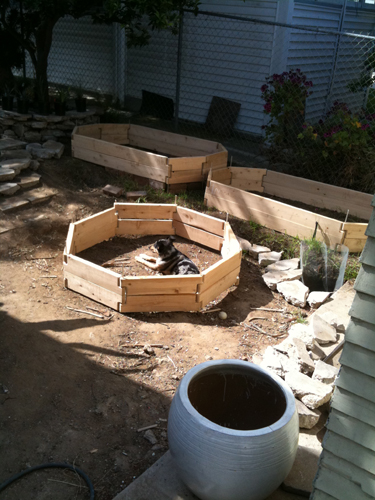 turns out you don’t need compost, or dirt or anything. just a nice steady morning light. chicken cacciatore anyone?

on a different note, Specter’s article talks about Willem van Eelen, who “was born in 1923 in the Dutch East Indies, yet his youth of freedom ended abruptly on May 10, 1940—the day the Nazis invaded the Netherlands. Van Eelen enlisted and served in Indonesia, but he was eventually captured and spent most of the war as a prisoner, dragged from one P.O.W. camp to another. After the war, he studied psychology at the University of Amsterdam, but he struggled with the intertwined memories of starvation and animal abuse in the camps.”
for some reason (combined with the fact that the Rapture came and went with hardly a tremor of any kind in this earthquake-prone city) this reminded me of my sister-in-law’s parents, who started out as missionaries in Indonesia. they soon realized that the locals didn’t need religion, they needed irrigation. so off they went back to Europe to receive a degree in agriculture, and afterwards returned to Indonesia to help on that front.