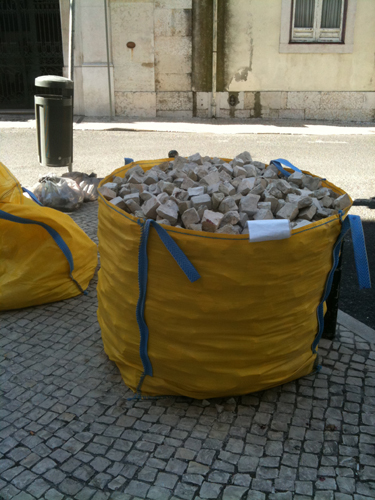 while the garden and backyard was being dismantled i went to Lisbon for two weeks to attend the Disquiet: Dzanc Books Literary Program and solve the mystery regarding certain Asian pastries and why they don’t seem very Asian once you stop cooing over how delicious they are and think about them in relation to their fellow brethren (like fried milk, red bean paste, sesame rice dumplings, etc).

i thought i was onto something when i found out the wine my parents used to serve (before i had a say on the matter) on fancy occasions (Lancers and Mateus) were both from Portugal. hm… i thought, was it something that filtered into their consciousness via Portuguese influence over Macao and Hong Kong? i asked my father, and he said “I know Mateus is made in Portugal, it is the info I got from recommendation from some magazine long ago. Lancers was introduced by some friend.” not that he answered the question, but that’s Dad for you.

so, the great pastry tale starts in Portugal in the Age of Discovery: in 1498 Vasco De Gama found the route from Portugal around Africa to India, allowing the Portuguese to dominate the spice trade, colonize Macau and various other spots along the way, and bring pastries to China. thank you! 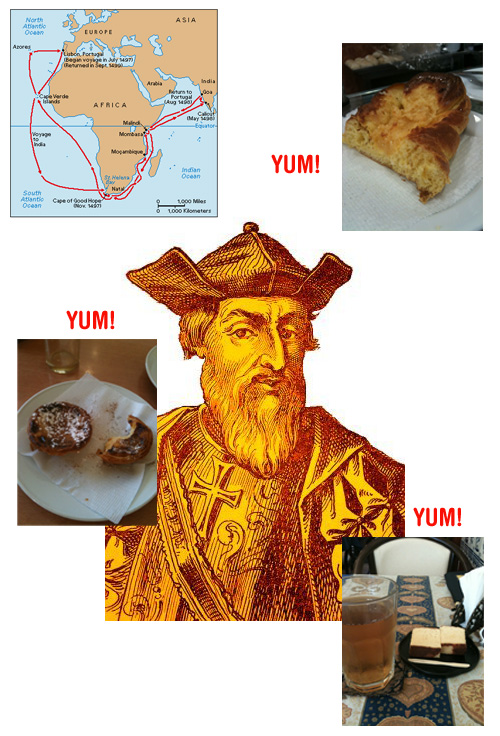 i have always wondered why the egg tart served in Chinese dim sum was such an anomaly. it’s baked, for one thing, it’s a custard, which is weird for the Chinese, and it’s a tart, even weirder. now that i have gone to Belem (the old home of Pastel de Nata) i’d have to say the Chinese should have followed the recipe better. more creamy, less egg-y, and with the dusting of powdered sugar and cinnamon the thing goes “poof” when you bite into it.
visiting the old home of a special food is a great thing. in Belem when you order the custard tarts they ask “how many.” maybe the little guys operate on the buddy system, or maybe this was influenced by the Chinese. In Nanxiang, China, when we ordered soup dumplings they asked how many steamer baskets. makes you want to learn the numbers of foreign languages real fast.

one morning i dropped by my favorite cafe and ordered a coffee (by the way, their espressos are ok, not great, but ok) and the largest pastry i could see. i took one bite and almost peed my pants. whatever it was called in Portuguese i don’t remember, but what i was eating was the famous Hong Kong pastry called the Gai Mai Bao, or the Chicken Tail Bun. Buttery and coconutty and open faced, it’s always been my mom’s favorite, even though what she knows is an eclair-shaped pastry with the buttery goods stuffed inside. Same difference really.

finally i went to Castella do Paulo, a Japanese/Portuguese bakery where i found out that a famous dessert called Pão-de-Ló was taken to Japan by Portuguese missionaries in the 1500’s, and the Japanese in classic form morphed the recipe, perfected it and renamed it Castella cake. And how. here’s a video of their “and how.” (They’ve got this thing about beating it by hand in gorgeous copper pots. Please play the sound full volume.) 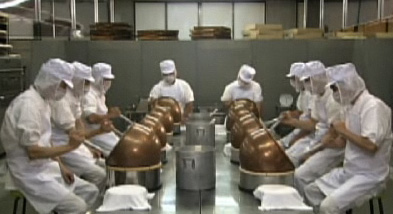 also in Belem is the port from where all the Discoverers set sail. pretty amazing to think Vasco De Gama looked at this same view as he took off. minus the bridge, of course, which, incidentally, was built by the same people who designed San Francisco’s Bay Bridge. I know I know, looks like the other one… 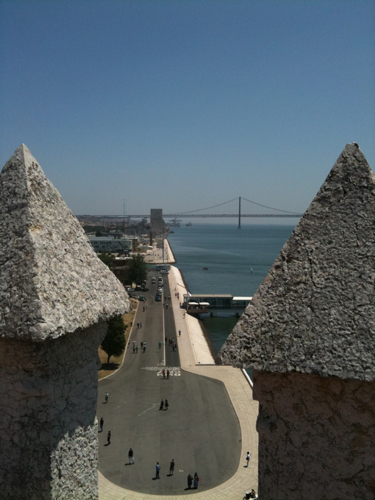 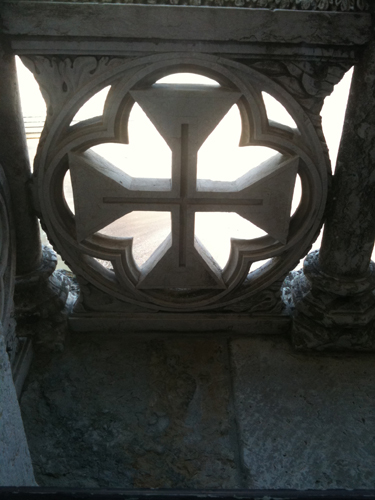 nowadays Lisbon is so lovely and beautiful i can’t believe anyone would want to leave. the drinks all come Pantone coordinated and all the plants look like Los Angeles. and that bridge? really… 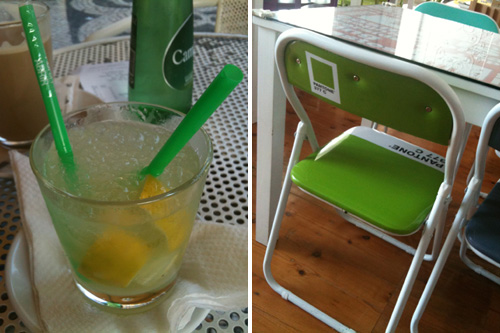 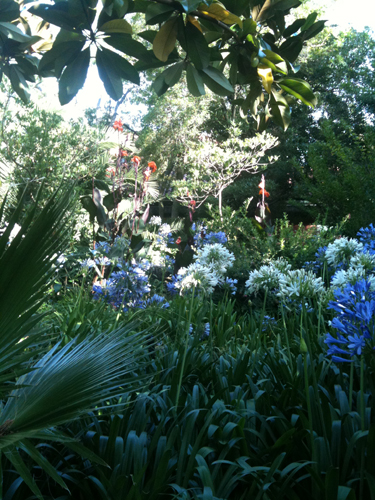 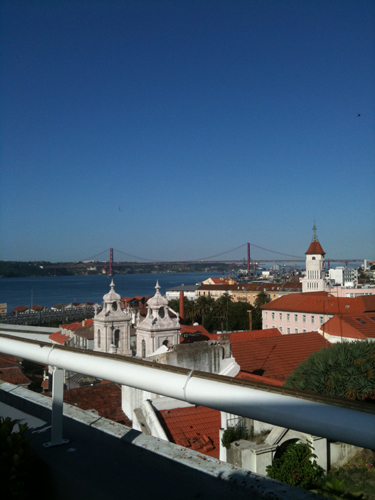