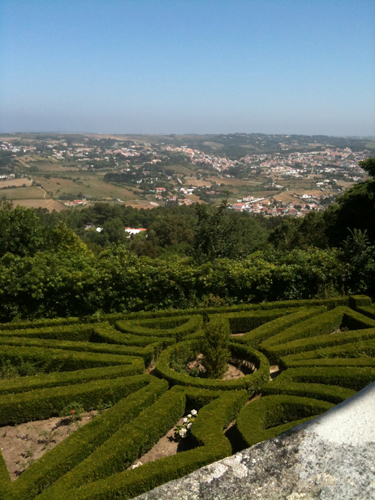 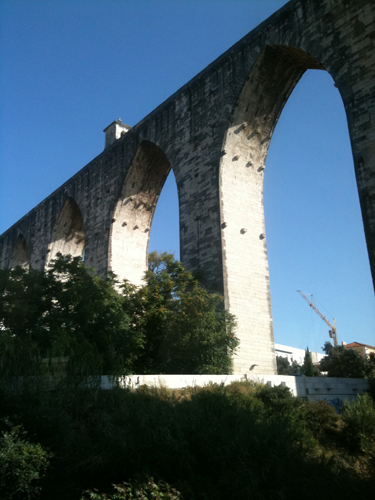 on a hot afternoon after visiting the lovely city of Sintra, Portugal, after discovering a delicious drink called Amarguinha (almond liquor served with lots of fresh squeezed lemon and ice), after discovering that the dessert the Portuguese call “Byronian” was—in one word—a cracker, some pals and i took a long, winding bus ride to the Western-most point of Continental Europe.
[qt:/wp-content/uploads/2011/07/Sintra.m4v 480 400]
to pass the time we had some fun with languages, since between the four of us we had English, Russian, Chinese, Spanish, Portuguese, French and Italian covered. we were all a little brain dead, so mostly it consisted of trying to pronounce the Chinese and the Russian words, and noticing similarities between the Latin languages. and then someone suggested “mushroom.” now what a silly word. there’s some debate as to the origin of the word mushroom, most likely from the French word mousseron (to mean moss), but some argue it goes back to the Greek work for mucus (mykes, from where we get “mycology”). (on a side note, back in those days, a candle snuff was called a “snot”). in any case, there we were, with “Mushroom,” “Grib,” “Mógu,” “Cogumelo,” “Champignon,” and “Funghi.” the only one missing was the Spanish. no matter how we stared and blinked at each other, no one could remember. we tried ordering a pizza in Spanish, we tried imagining a can of mushrooms in Costa Rica (sadly, the label said “Champignons”) we tried thinking of all the Mexican dishes that had mushrooms featured (er… none), we tried hating mushrooms, and collectively not caring what the freaking word for mushroom was in Spanish, but still it eluded us, for hours. damn hongos.

to keep from going crazy we went back to things we knew, like the English alphabet, and played a game of “what so-and-so has up his bum tonight.” it’s a daunting task for a non-native speaker trying to remember unfamiliar words, such as Kleptomaniac’s birth control, or Suzanne Somers, and so this is very impressive.
[qt:/wp-content/uploads/2011/07/Uphisbum.m4v 480 400]
and this, is in honor of “a laundry.” 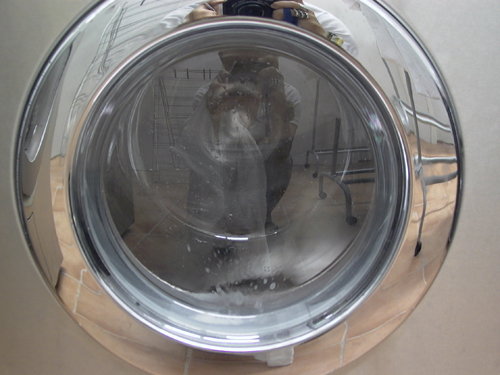