i always knew at some point i would end up owning my own WOPR. 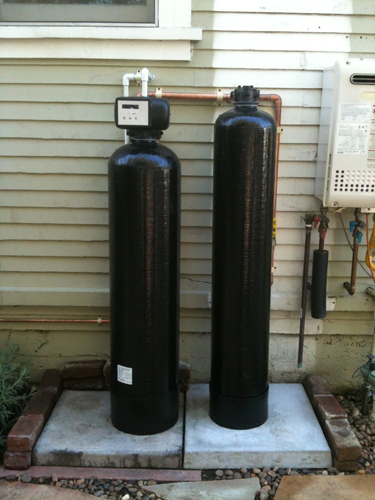 our kitchen sink clogged up a few days ago and our plumber came out to send in the snake. no, he didn’t have the rotating camera head with the LED lights, but he did say we had need of some cast iron pipe replacement, and also suggested putting in a water filtration system. because 2011 seems to be the year of the giant house expenses we agreed to install these two fat boys in the back, adding an industrial touch to our recent plantings of a straight Meyer lemon tree (just because it’s a Meyer, don’t be afraid to get rid of it if it’s all wonky—lessons from the lemonless), English lavender, Canna lilies, and white sage. 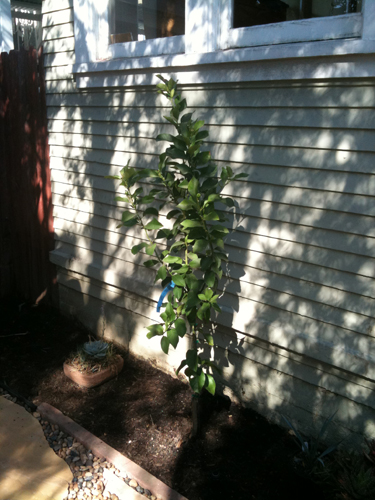 supposedly the system gets rid of chlorine and other chemicals in the water, and it descales the hard deposits that clog shower heads, ruin copper pipes and make your hair fall out and give you skin rashes. plus the water tastes amazing! yes! softer, rounder, not minerally, and it makes a fabulous espresso. now for our tea tastings, we can heat our fat boy water in a Lin’s ceramic pot, brew in Yixing, and drink out of purion… dreamy! 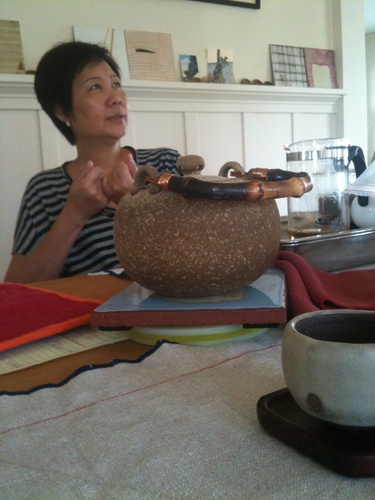 after the install a field specialist came to test our water. he put some white reagent powder into a little vial and filled it with water. the water stayed clear. if the water had chlorine in it, it would have turned pink. we probably didn’t look convinced so he tested water from the hose, which is not filtered, but that stayed clear too. then we sneaked some water from our neighbors and damnit, still clear. 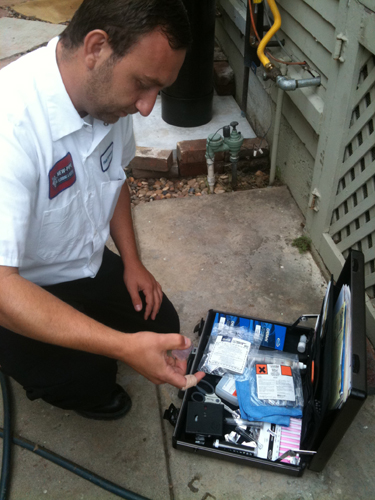 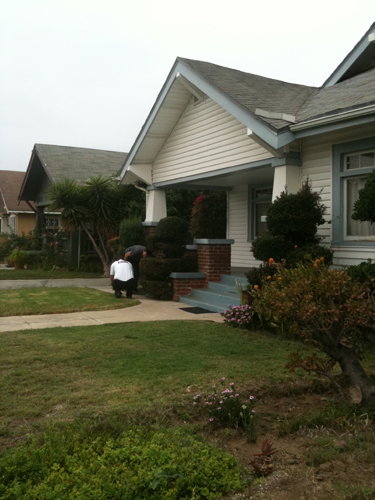 the guy was pretty frustrated, and couldn’t believe that our street would have no chlorine in the water, so he he opened a new batch of reagent, thinking his current powders had expired, and looky – it turned pink! (that’s the neighbor’s water) 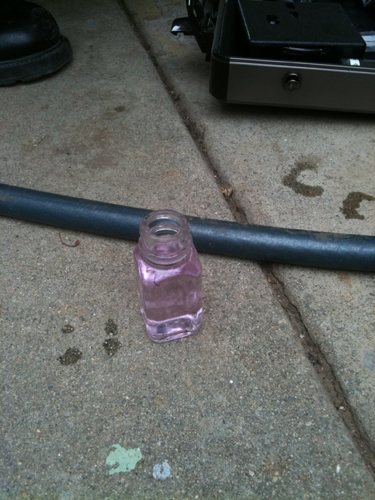 being a good specialist he did a second test, which was sticking a vacuum sealed pipette into the water and then breaking the tip so that the water went up into the glass. i think there must be a gas in the pipette, which turns the water pink in the presence of chlorine. 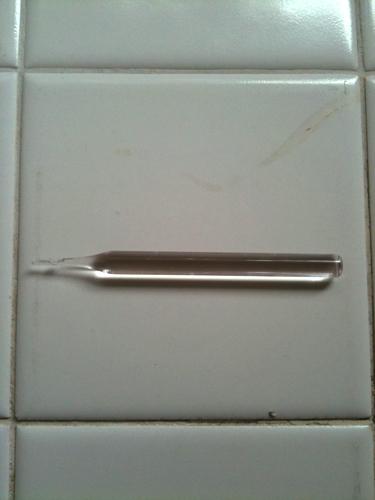 it all felt a little Chinatown (the movie)-ish, because he was full of useful water information. he said Los Angeles used to get water from 200 miles away, and now we get it from 400 miles away, which means we go through 4 chlorinating plants, not to mention the extra miles of pesticides and poop seeping into the H20. he said that Dasani comes from the Detroit River, and though Fiji Water does come from Fiji it has to travel so far in plastic bottles that’s not a good thing either. he also gave us a run down of how filters actually work. water needs time inside the filter in order for the unwelcome particles to wander into the little avenues and get stuck. if the water pressure is too high, or if the filter is too short, like a fridge filter, or a Brita, the bad stuff doesn’t have time to uncling from the water molecule. also, over time the water creates channels in the carbon so that after awhile when you run water through it just goes through the channels it has made, rather than through the filter. big sigh.