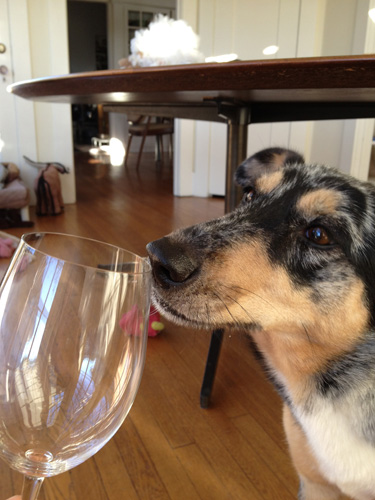 it’s been a flu and cough ridden season so far at our house, so we’ve been streaming endless episodes of All Creatures Great and Small, full of great animals, lots of practical jokes and “lashings” of scones, tea, bacon and whisky. (and please – Tintin fans: Captain Haddock’s favorite brown drink was Loch Lomond, which is Scotch, which lacks the “e,” as in “whisky,” Steven Spielberg couldn’t even get that right. so sad.)
anyway, ACG&S is set just before WWII and features James Herriot, the veterinarian who wrote the original books (amazing) and his co-vets, Siegfried and Tristan. on this episode, oh, the best out of the lot! we meet Roddy, a hobo with longish Occupy LA hair, who roams the shire with his dog and a pram, does odd jobs and moves as the wind blows. both James and Siegfried romanticize this life, and they ask him how nice it must be to be without a care in the world, and Roddy always answers with an “Aye,” and says that it’s just him and Jake, the dog. Roddy helps James innoculate a bunch of sheep and when James offers to buy Roddy a drink he says he never touches the stuff. James decides then that he’s going to live the life of Roddy and decides to refrain from drinking. Siegfried and Tristan support his decision with a toast.

the next day Siegfried and James are invited to a fellow vet’s house for lunch. the vet is a big drinker and in trying to be polite James takes a drink and he gets full on loaded. blitzed! they try driving to a restaurant for lunch and end up not being able to leave the driveway. oh the expanse of the English countryside! they have gin and tonics, then champagne cocktails, then beers, and James is so drunk he goes home and almost pukes in the dinner Tristan has made, a stew made mistakenly out of dog food, and passes out, while Siegfried has to perform an emergency surgery on Roddy’s dog who has a pebble lodged in his esophagus.

this is crazy. and this would never have been made in the US. basically there’s an overromaticization of the hobo life, and an attempt to equate a free-willed life with a non-alcoholic one, and then they make fun of drinking, and then they make fun of not drinking, then the guy who doesn’t want to drink gets drunk out of his mind, only to miss being able to help out the man without a care in the world as he swallows his hobo pride to accept the services of the man who would never give up drinking to save his actual one care in the world.

it’s just so awesome. it’s all about not allowing something negative to have power over you. this is a weak paraphrasing of something a wise man named Cormel West said, and, skeptical as i am usually of these guys with two first names: Bryan Adams, Bruce Wayne, etc. Cornel West isn’t so much two first names as it’s two geographical points/directions, so he’s well worth listening to. anyway, he says to be careful giving something negative too much power and control over one’s life. like some people who decide not to drink, or some Chinese people’s over-obsession with not buying Japanese cars and cameras. OK, so don’t buy one, but don’t covet a Lexus and then feel ashamed at wanting one and then deny that you’re coveting one and then falsely feel good about denying yourself of something you want but know you shouldn’t have and so on. this negativity will own you, and pretty much eat you alive. you are giving it exactly what it feeds off of: attention, negativity, power.

please don’t get me wrong, i’m not talking about alcoholism and other serious issues of wanting what you can’t have. i’m talking about people who make a private lifestyle decision but make it everybody’s business. they don’t give it a rest. it’s the people who go to restaurants and insist—since you do drink—that you order a drink. oh, but no, not for them. no no no, they don’t drink. but they will pore over the wine list or say specifically that this restaurant has a great bar, and so on. i’m talking mental health here. them basically forcing you to order a drink is pretty much denying you of your choice as to whether you actually want a freaking drink or not. it’s like, they have to see you drink in order to feel satisfied. on top of that it’s annoying as hell. 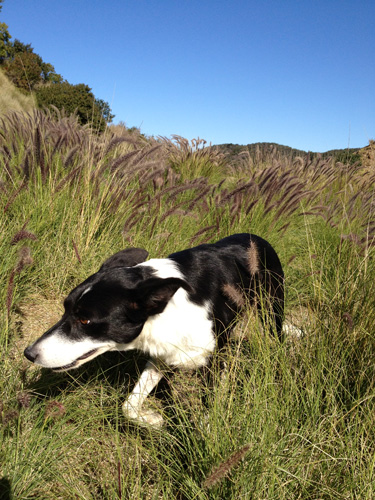 the same story goes for a friend of ours who thought she would apply for citizenship in Europe and leave the US rather than pay her student loans back. we told her she was letting her student loans determine where she was going to live, which was giving the idea of money an awful lot of power over her life. needless to say she exited the house and has never spoken with us again. (but wait – blog post on dinner parties, narcissus, psychosis and Puer Aeternus (Latin for Eternal Boy) due to be posted any day)

somehow this applies to the Occupy Movement. for example, i feel if they get too focused on the police, or the beatings, or rioting or fight over a tent stake, then they are letting the negative have power. it’s a tight spot they’re in, and endlessly fascinating. since on one hand if they do come up with specific demands, chances are those ideas will be nicely appropriated and pick up some sort of corporate sponsorship, and on the other side is obsessing over concrete, negative things. staying in the abstract is very hard indeed.