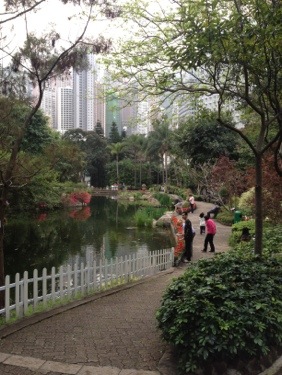 In 2001 when I spoke Mandarin in Hong Kong the people ignored me or replied in Cantonese.

In 2003 when I spoke Mandarin in Hong Kong they replied in Mandarin.

China’s economic boom had turned the bumpkin next door into a rich relative. I thought everyone had just gone to language school. My HK friend told me they called it “opening the other ear.”

Now in 2013 when I speak Mandarin in Hong Kong they try to ignore me, but then reluctantly reply in Mandarin. The ever-fatter and ever-richer relative just won’t go away.
What a world of difference flashing a US passport makes. With that gold eagle I am converted from an annoyance into a tourist, speaking Mandarin as if its not my fault.

It’s not like I’m going to start wearing the stars and stripes everywhere like the Canadians do in Europe with the maple leaf (for the exact opposite reason) but it sure is nice to pull out the California dialect when politics rears its ugly head. 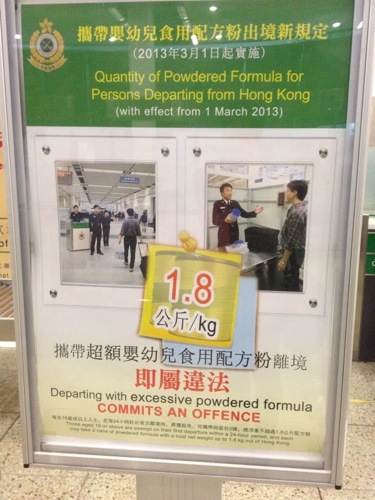 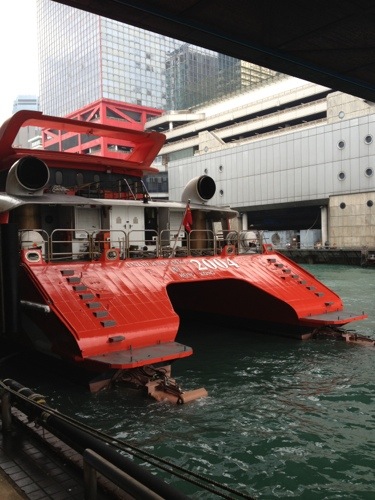 So, if China is Hong Kong’s fat relative with unruly nose hairs, then Macau is the bastard step child. Overshadowed by size, population, historical importance and even in the economic status/seaworthy might of its European colonializer (what is the term for the “empire that colonizes?”) Macau loses on all fronts. I didn’t even know Macau was handed over to their own government AFTER 1997, when Hong Kong was retuned to China. I thought Portuguese control was something from the past, a novelty almost, until I arrived and there’s Portuguese on all the signs. Not just at the airport and in the tourist areas but all the freeway, information, and any official looking signs.

Like all good island countries Macau has a truly awesome baby suckling pig dish. Like all good Chinese communities they know how to turn the skin into the most mouthwatering salty crispy wafer. 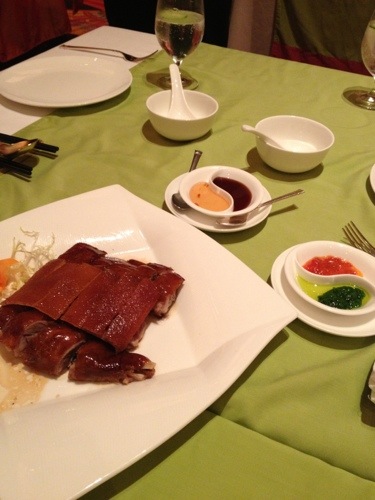 Its obvious the Portuguese influence in Macau dating back to the 1600’s was substantial: 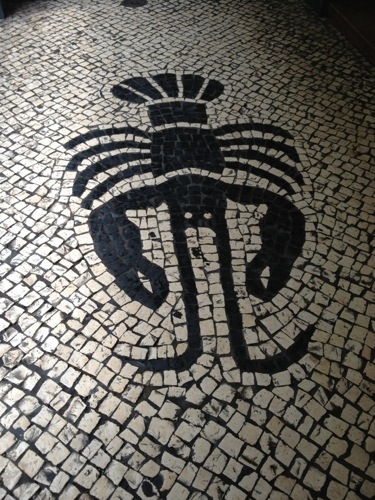 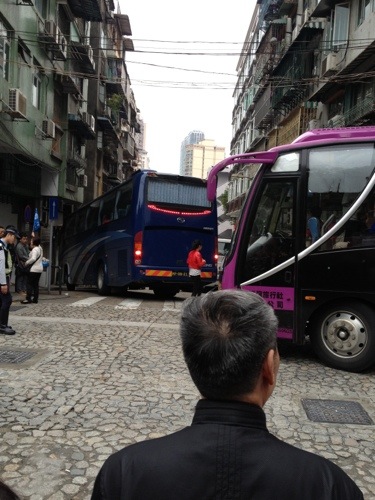 – desserts: my hunt for the Pasteis de Nata and the double skin milk makes Macau sort of an old home. 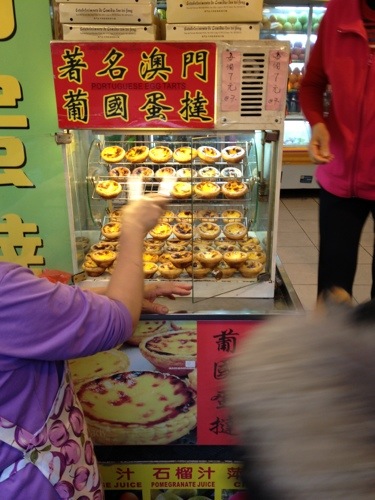 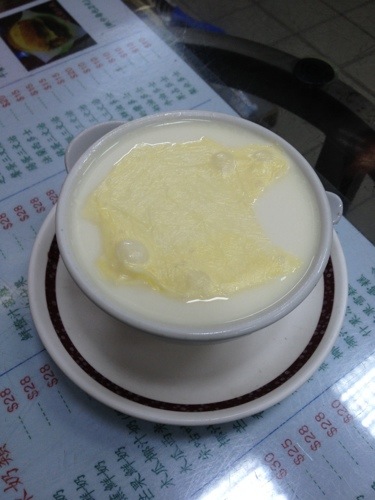 But the Chinese culture fights backs for prominence: 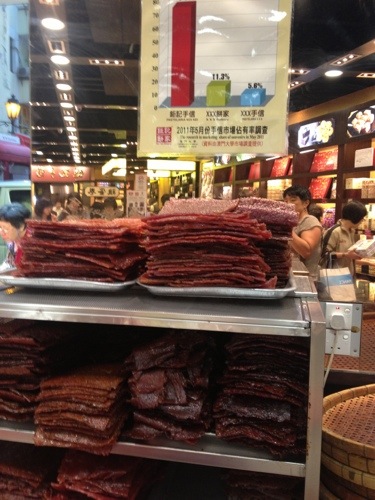 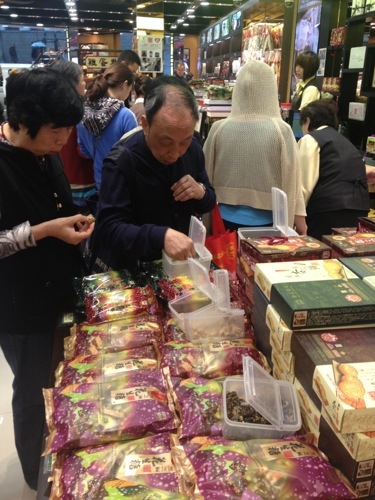 – the taming of the wild lettuce 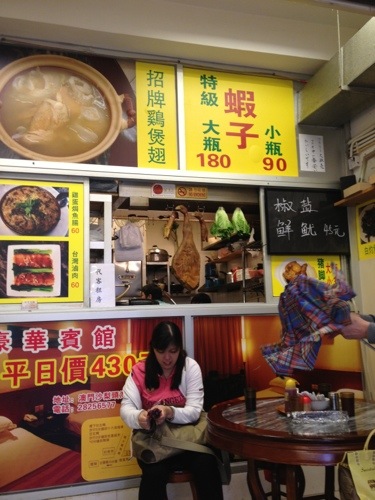 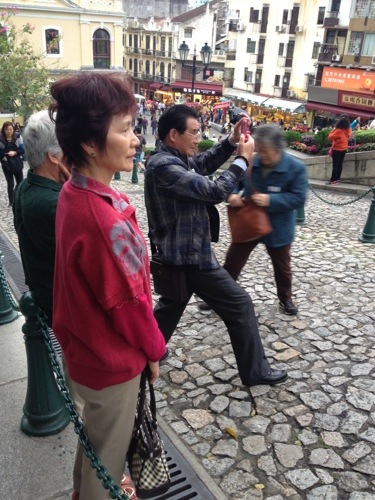 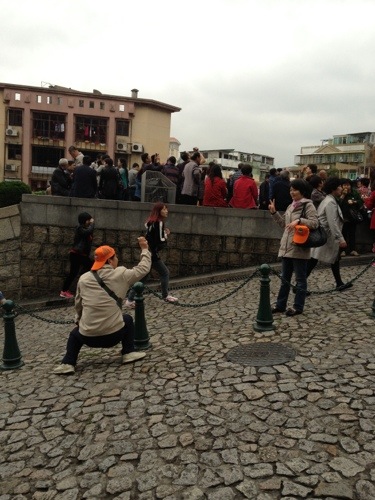 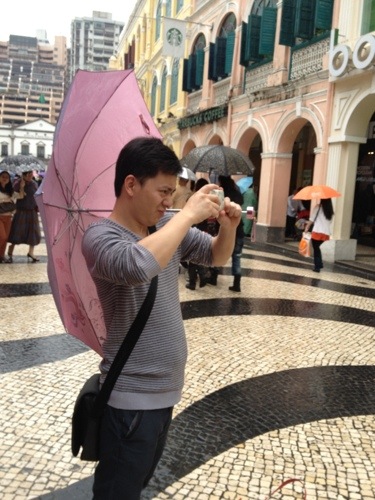 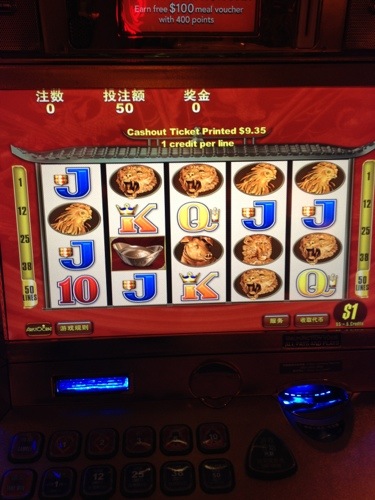 The “Asian Las Vegas” is now home to MGM, Wynn, and the timeless Sands. But the weirdest thing? Of all places the casinos are just about the quietest buildings on the continent. No screaming, no ka-ching ka-ching ka-ching. Just heavy perfume, auspicious felt-scraping techniques, and little ditties from the slots that seem directed for your ears only (opened up or not)

Maybe it’s me, I haven’t been to Vegas since before they went digital and definitely when there were still places on the strip to play one-deck blackjack, but something about the place (I mean, this is the Wynn) seemed eerie and sad.

The people who work there are locals, or from nearby Guangzhou, and have real lives totally disconnected to the world of casinos. What they do is actually a performance, which requires quite an effort, so when random stuff happens, things outside their training course, they revert to their normal selves.
(As a woman visiting Japan a few years ago I was served last everywhere we went except for at a “French” restaurant where the staff performed their managers idea of “westernness” and let the ladies sit first, order first and get served first)

In a county where so many people have no running water they know how to pour Perrier. In a country where everyone packs their own toilet paper they know how to place silk napkins on the ladies’ laps.
But ask them how the slots work and they go fetch their coworker who fetches another coworker who fetches another coworker until there are no more. Ask them how come they want us to make a reservation five minutes before the restaurant opens even though there’s no one else waiting and we’re all here standing around, and they smile and ask us for our name, please. Forget about asking how come they provide wireless in the restaurant but not in the adjacent lounge area.

I was reminded of two friends we made traveling in China ten years ago, Rainbow, a single mom working in a tea shop, and Gao Bei, a twenty something that had defied her parents by leaving home and working in an ad agency. It could be them working at the Wynn, Rainbow with her designer jeans and Gao Bei in fake eyelashes, and thinking about them and their lives made my five-spice-thai-hot-sauce cocktail more than just a mandatory thing.