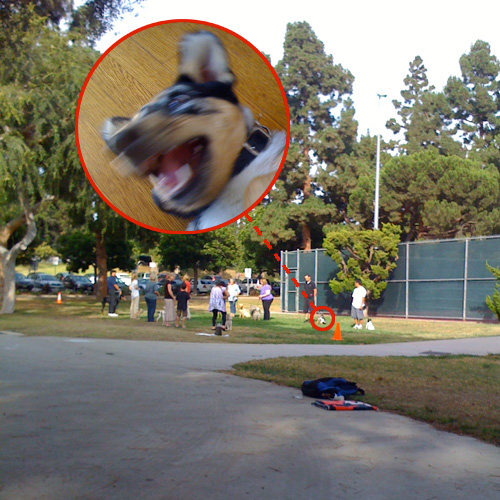 When we first got MO we took her to dog obedience class in the hopes of getting rid of some of her fears. Fear of walking down the street, fear of loud bangs, other dogs, other people, other dogs, fear of strangers touching her (you win some you lose some).
She went from a dog in complete panic all the time to an ace student (damn you Keeshonds for always beating her on the fastest down contest, and damn you “Stand For Examination test” on the Novice course), thanks to our fabulous teachers (obedience AND agility, yes all of you), and NO THANKS to this guy, aka “Crazy Soccer Man.” 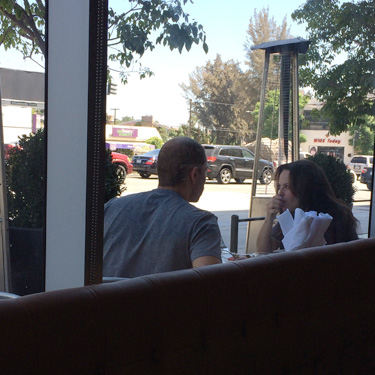 Our obedience classes were held at Rancho Park, where CSM held soccer lessons for girls. He was loud and energetic and the girls were good. Week after week they smashed ball after ball after ball into the chain link fence that separated dog class from soccer madness. Every time the fence took one in the gut the people winced and the dogs began developing issues. Finally David went over to CSM and offered to buy him a net. CSM said he wasn’t technically allowed to have a net on the field because he wasn’t technically officially supposed to be there.

After many painful months we managed to get away from CSM by moving up to higher level class held in a different part of the park. But today at lunch David and I spotted him and a lady friend dining al fresco. 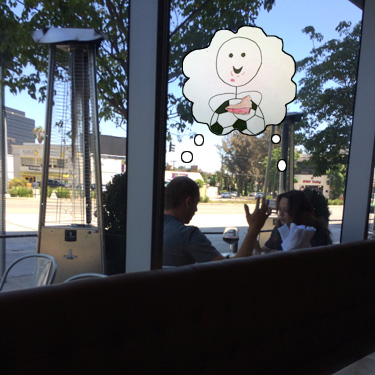 He had on his soccer shorts, and there was some wooing going on and large glasses of wine. Both of us suddenly had the same idea: let’s get the dogs and park them in front of the couple and give the first command MO ever learned and has never failed to perform on demand (and off). 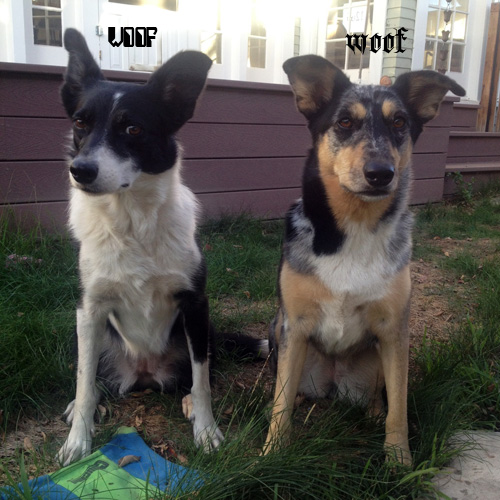 Thanks kicksoccermom for the drawing of how to use a soccer ball as a fork.