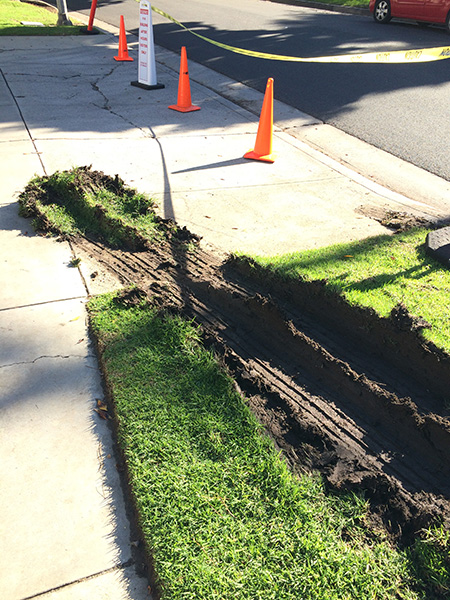 So I’ve never really liked grass. It stains your hands and your pants. It’s never as comfortable as it looks. It goes yellow and brown for no reason. A green, well-kept lawn is supposed to be a symbol of assimilation, class and suburban sameness, but a well-kept lawn which is mowed only up to the property line merely tells you something about what it means to have neighbors.
We tried to kill our lawn several months ago by not watering it. But apparently the type of grass that’s growing in our yard will turn green again as soon as it’s watered. So what does Los Angeles weather do in June during a drought? It rains. 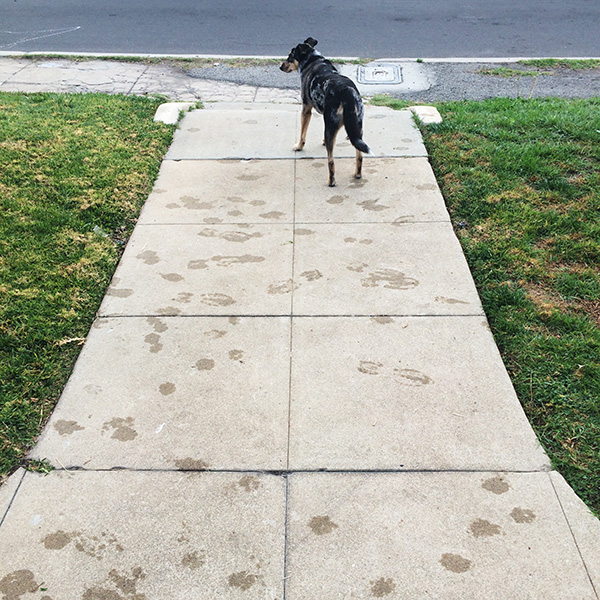 After getting approved by the DWP Turf Removal Program the first thing we did was to officially kill the lawn and get paid for it. Very exciting. 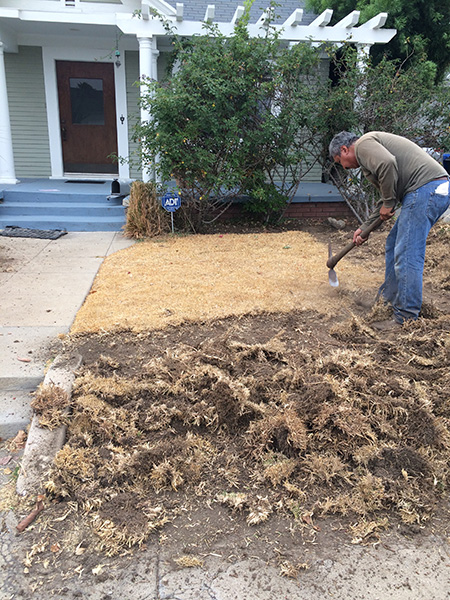 Rock shopping came next. And rock shopping is super fun.
With help from our friend, the very rock-experienced Robin, we scouted out good rocks (Sidney Quartz) by doing quality butt testing, only to be told those rocks were sold. 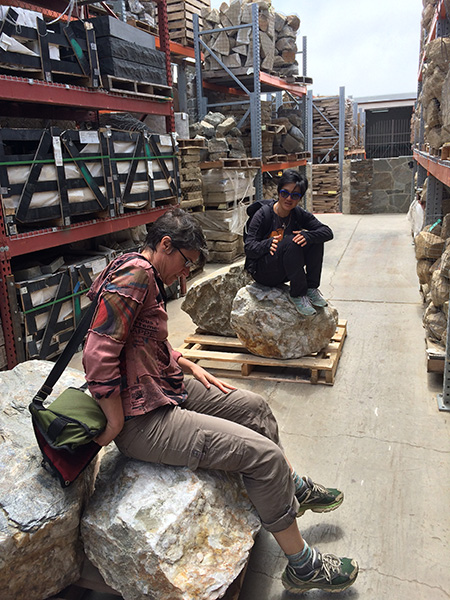 So we turned our attention to the bacon rocks (Grand Canyon White Onyx), in search of the fatty layer that is a national treasure in China. 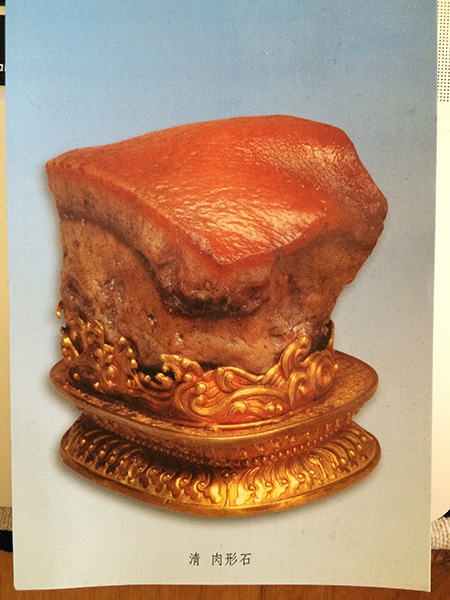 This particular bacon rock is from the Qing Dynasty (on display at the National Palace Museum in Taiwan) and when Chiang Kai Shek and the Nationalists fled China for Taiwan this rock (as well as a ton of other good stuff and lots of gold. LOTS) was probably in General Chiang’s back pocket. Which tells you one, how coveted these rocks are, and two, how something that great got off the mainland.

(I have seen this rock in person but have no memory of how large it is. Otherwise I’d be able to tell you something about the size of General Chiang’s back pocket.) 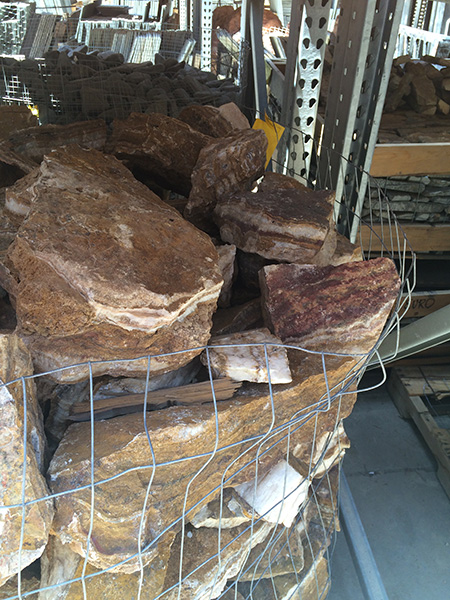 Of course the best bacon rocks are in the middle to bottom of the pile. The people at the store look at you real funny when you ask if you can have the one at the bottom. We compromised by buying all four of the rocks that were blocking the way above the one I really wanted. 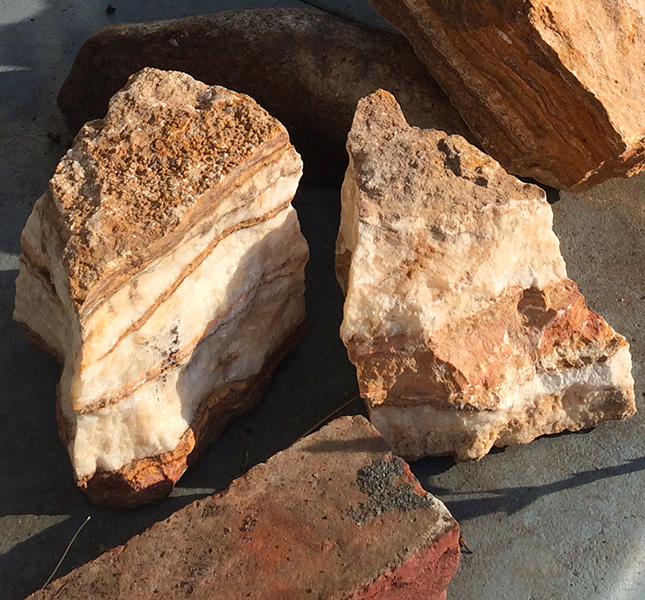 Up next, getting the plants. 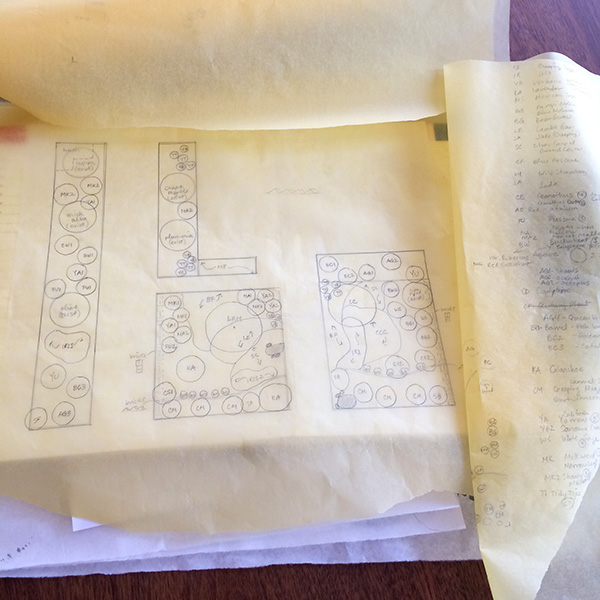 Inspections of the highest order/odor. Hi Desert Landscape in the shape of a parallelogram. 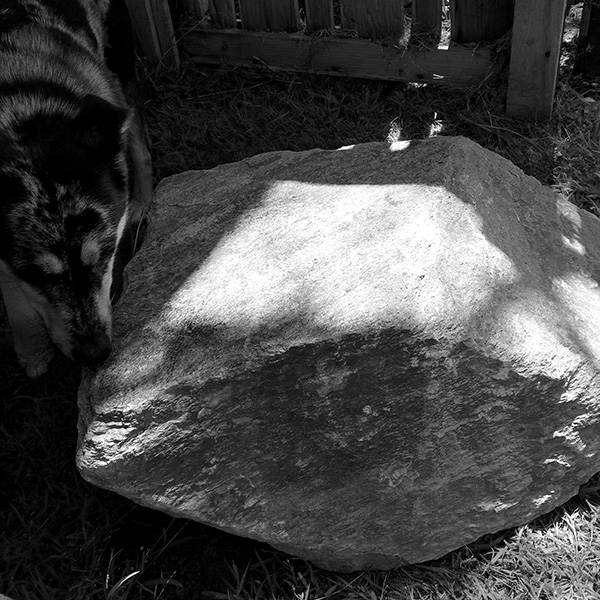