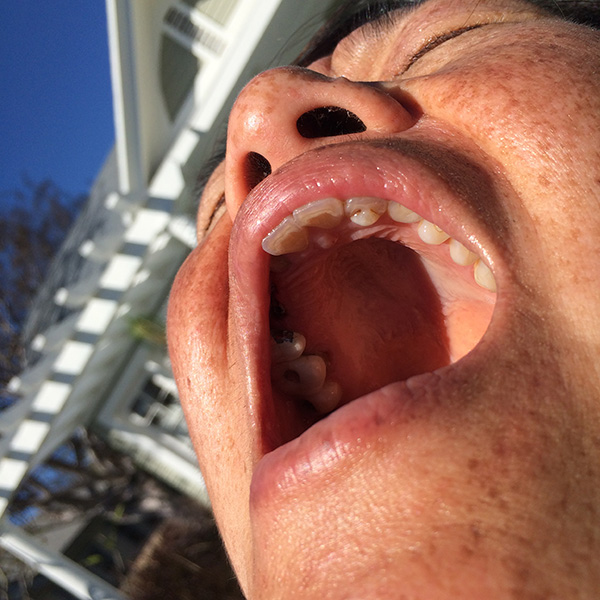 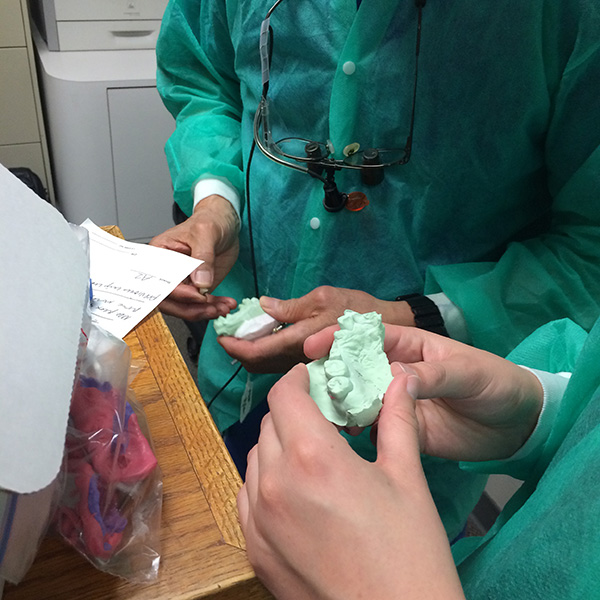 He’s the guy that got us into roasting our own coffee beans, so in return we told him about Sean Thackrey wines. Now his new obsession is a gadget called the Coravin, which allows you to “access” a bottle of wine without removing the cork. A needle is inserted into the bottle (“cork strike”) and argon gas is pumped in and the wine comes out. When you pull the needle out, the cork reseals itself, and since argon is an inert gas, the wine will not be oxidized. 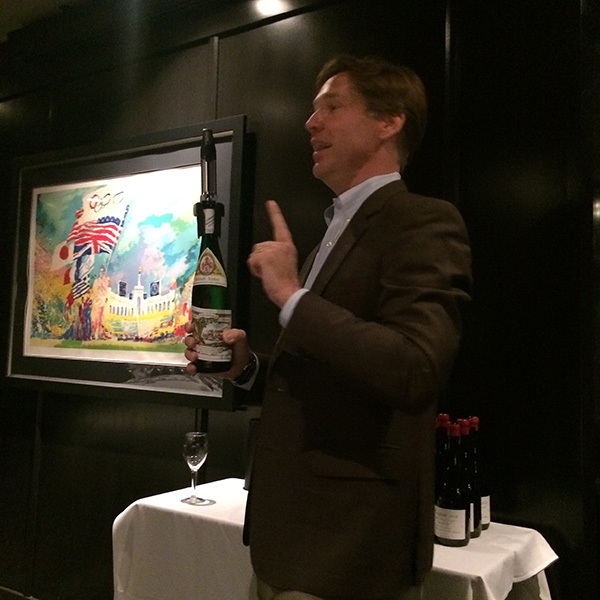 All this is theory, so Coravin’s founder, Greg Lambrecht, who’s more like a cool inventor than a sales person, invited a group of wine professionals plus my dentist, who invited me (we’re “fans” I suppose) to a blind tasting (plus a steak lunch at Morton’s). Classy! 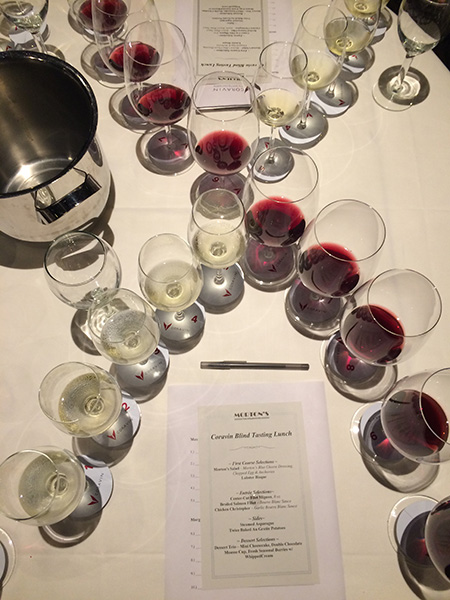 We were early, so I got to chat with Greg about the company who produces his argon canisters (same company that provides Starbucks with helium. Go whippets!) and what he’s working on next: screw top wine bottles and champagne. He explained that when you force a gas and a liquid out the same hole you get flat champagne. But he’s very close to figuring out a solution. For those wines that use plastic corks he told me the secret was to always place the needle in the same hole (HA!), store the bottle standing up and it will keep for a month (argon is denser than air), or use *** to seal the hole in the cork. He actually made me promise not to divulge what *** was. 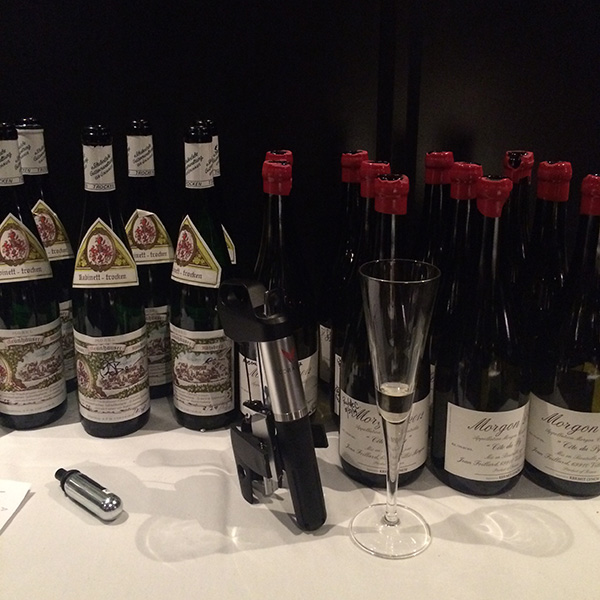 The tasting consisted of 5 glasses of white and 5 glasses of red (of the same wine). Some of the glasses were filled with bottles that were accessed exactly a year ago, and the others were filled with bottles opened that day. We were told not to look at our neighbor’s notes and not to speak. Some thirty people handling ten wine glasses each is actually a loud affair. Then there was a little bit of hubbub regarding how, exactly, we were all supposed to share the spitting buckets. This was soon addressed, and we got to tasting.

Both of the wines that were served were natural, which meant some variation from bottle to bottle was to be expected. Though last year’s wine may taste a little different, the point is that it’s not something anyone would be embarrassed to serve. The Coravin works incredibly well.

Apparently the percentage of people that can taste the difference is 5%, and apparently I fall within that 5%. I’ve got “Smell-o-vision.” I picked the whites correctly and got all the reds except for one. Bastard! I suppose I’ve had a lot of practice. I live with a dog that can vapor wake and I’ve spent a lot of hours tasting tea. Wine is harder than tea. Your palette gets very tired. I did spit most of the wine out, but I felt I had to drink a little from each glass. By the time I got to the reds, I was ready for lunch. Lunch was a three-course affair with some rare wines thrown in for fun, but it wasn’t lunchtime yet.

I went around the room smelling things. I smelled the leatherette sleeve for the wine bottle that comes with the system. It’s supposed to keep you safe if the bottle you are accessing is one of the 1-in-50,000 bottles that break when the needle goes in. I smelled the paper doowahs that went around the base of each glass to assign it a number. I smelled someone’s bad breath, which my dentist later confirmed was the sign of “perio.” I smelled the soap from the bathroom on the ladies that walked by. This was way too much fun for an event that was free.

I asked Greg how one was supposed to get the wine from a very old bottle, and he gave a demonstration of how to get at the bottle sideways while keeping the sediment untouched. He added that when the bottle gets low, like around 5 ounces, you should do yourself a favor and just pull the cork out and drink the damn thing. Now that’s some no-nonsense advice. 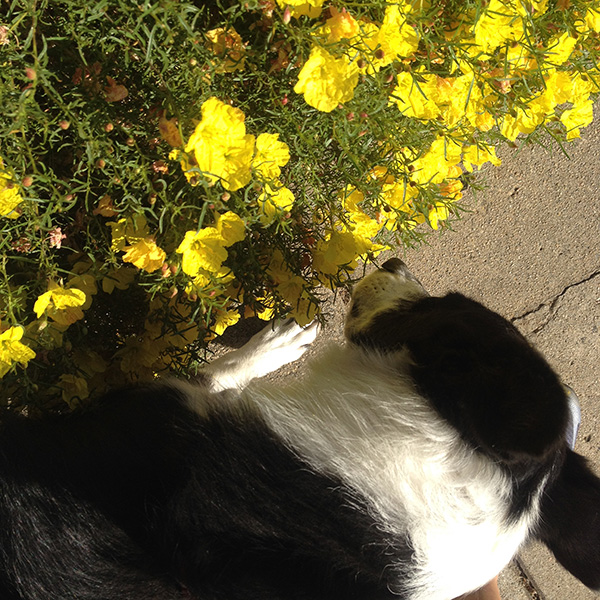 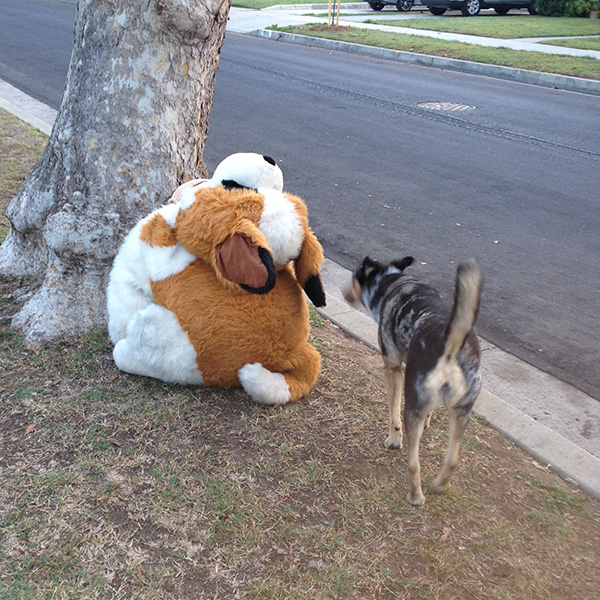 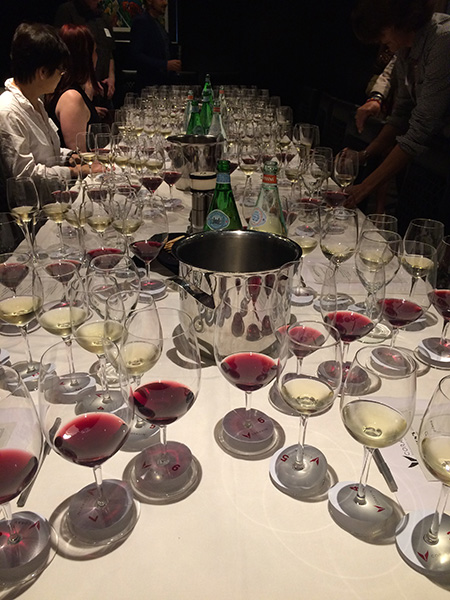