For those interested, 1001plateaus and Bana Tea Company will be presenting a focused tea tasting on Pu’er at the Huntington Gardens, on Saturday, November 14, 2015 at 9:00AM. 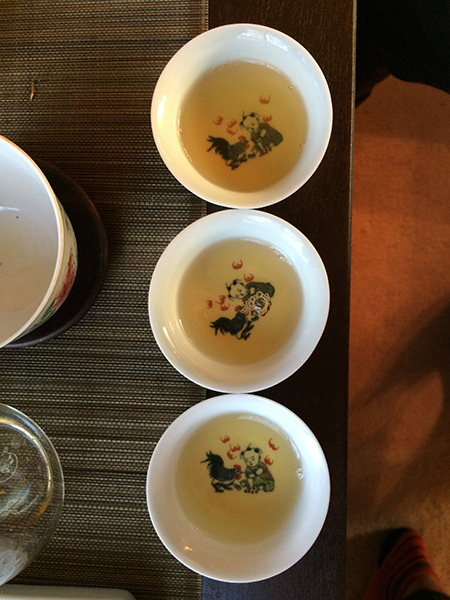 There’s been a backlash recently about the fuss and puffery used to describe flavor profiles, so in going “totally layman,” I’m going to stick with these three phrases: Great, pretty OK, and no good.

Tasting, of course is a relative thing. Given several teas/coffee/wines to choose from, the goal is to look for characteristics that stand out from the others: least acidic, most creamy, etc. but it only makes sense compared to what else is at the table. In addition, flavors are subjective, so it’s best to focus on characteristics that don’t rely on flavors. In terms of Pu’er, the look of the brewed leaves, bitterness on the finish, the presence of gan (a returning sweetness in the mouth), viscosity of the tea, and how it feels in the mouth and throat are indicators of quality whether or not the tea has dried-plum or orchid flavors.

It’s common knowledge that harvest season greatly affects the quality of tea, but I have not found anyone who has actually done a harvest season taste test. It’s quite a feat to get real Pu’er from Yi Wu in the first place, so we were super happy to get three pucks of 2015 raw Pu’er from San He Chun, picked from old trees in the spring, summer, and fall. 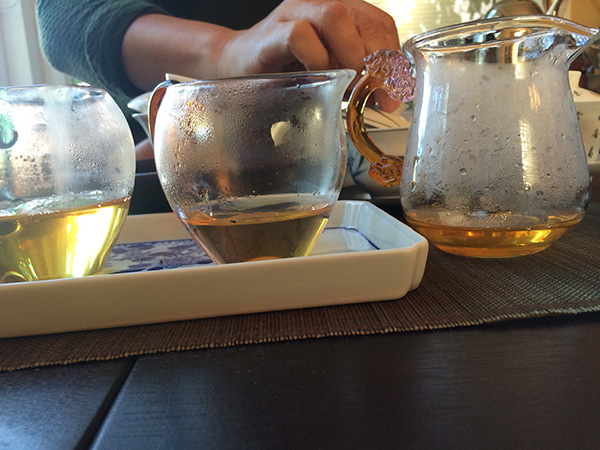 The color difference is interesting. From left to right is spring, summer, and fall. Since these teas are all from 2015, the spring is actually the oldest, and yet the lightest in color.

Tasting the three teas initially blind, it was obvious which one was spring. It was clean, complex, and very thick. Out of the remaining two, one of them was like drinking a brick, bitter, dull, and funky smelling. This turned out to be summer. Summer is the time of the monsoon, and when it’s raining, trees are focused on growing (trunk, branches), and the minerals absorbed by the roots go toward that end. During the rainy season the tree is not interested in producing leaves, and those that are produced are weak in mineral content (flavor).

The third one, fall, was OK. There is no better word. It was slightly bitter, had a little flavor, but didn’t make me want to dump the cup out.

After this first brewing we had some plain water, and since this is Yi Wu Pu’er from old trees, there was a lot of gan, resulting in sweet, fabulous water, and honestly I’m not sure whether the gan came from all three teas or just the spring. (Next tasting!)

Then we brewed the teas a second time, for a lot longer than we should have, just to draw out some (if any) of the bad qualities. I tasted fall first, and it tasted better, pretty OK. Then I tasted the spring. If the fall was somehow elevated for the second brewing the spring was equally lifted if not more. The second it hit my mouth I could tell the difference in viscosity, and then came the various flavors. Viscosity = mineral content.

Finally I tried the summer again, and, instead of just tasting slightly over-brewed, like the others, the long brew created a bitter fur bomb that stuck in the front of my mouth and on my tongue, like eating an unripe persimmon, or that thin papery skin that surrounds a walnut. A perfect example of unwanted astringency in tea, however.

Like the age of the trees and the terroir, harvest season has a considerable effect of the price of Pu’er. Generally, the price of the fall picking is 2/3 of the cost of spring, and summer is half, but considering those fakers out there, it’s potentially an easy thing for vendors to sell a fall or summer Pu’er for spring prices. 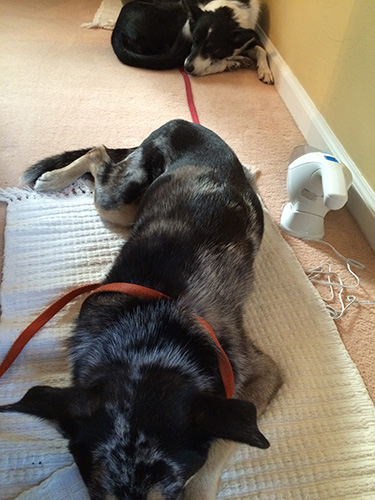 There’s some “hint of wet dog on the nose” for the Scotch drinkers.