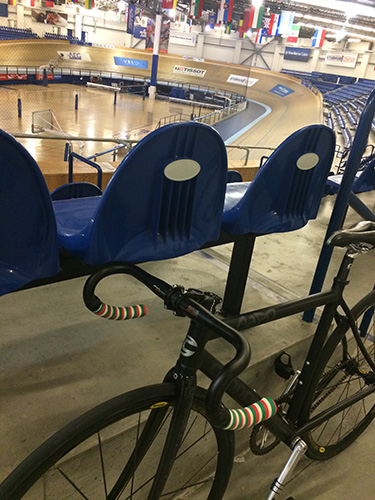 The Velodrome down in Carson is the only indoor world class cycling facility in the country. Some people say “too bad it’s all the way down there in Carson,” but after you ride the 45 degree banked Siberian pine boards in its perfectly temperature controlled environment, you might think “we’re so lucky that Carson is so close.”

Lately, the thing about the Velodrome being in Carson is its proximity to Orange County, which seems to be the bastion of Trumpians and they are out in force, shouting loudly as cyclists tend to do, and man-spreading without even having to be present. Yes, that’s their shorts, turned inside out, in the foreground. 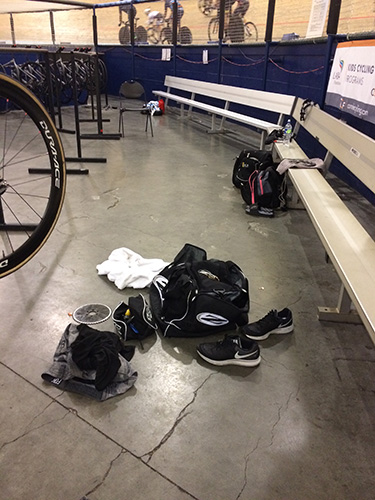 And when one Trumpian (with a gut so large we call it “the baby”) decides to make one too many jokes about missing female parts and nuts as he asks for help in putting an old bike together, and concludes the conversation by claiming Clinton killed some of his army buddies, the solution is to make a rainbow tool roll based on Eddie Van Halen’s guitar for my old Trek, which we converted to a fixed gear awhile ago for riding to museums and ice cream runs. Why convert? It was impossible to ride. I rode that thing every day when I was in college, happy as a clam. But times do change. 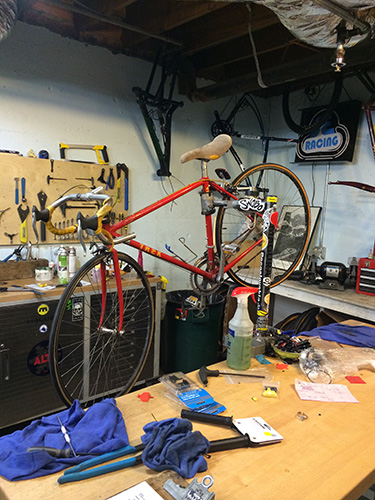 Not only was that saddle unbearable, the handlebars were too far away, the brakes too stiff and the gears auto-shifted themselves when going uphill. So we did a little makeover. 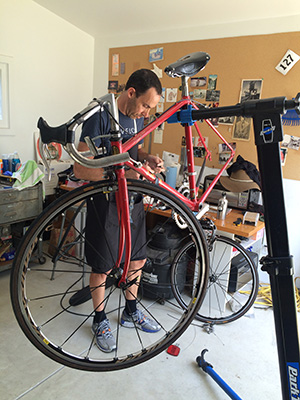 And here comes the tool roll, which has been named the “Eddie Van Halen.” 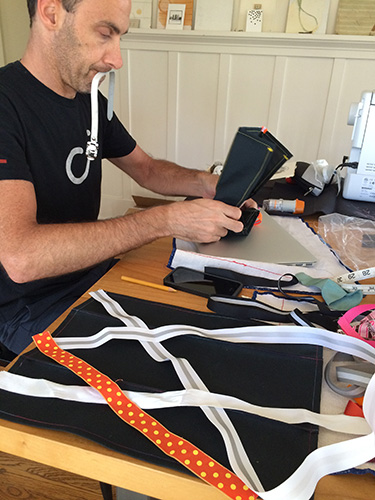 I know I’m going to be so happy the next time I get a flat, and see this when I unroll. 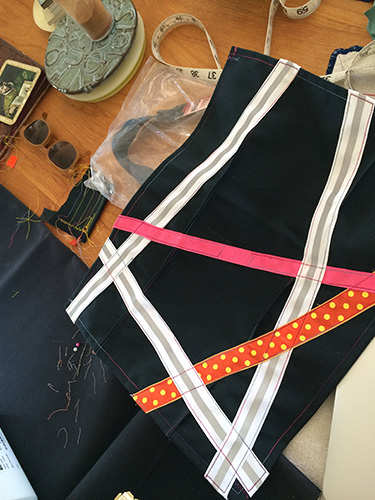 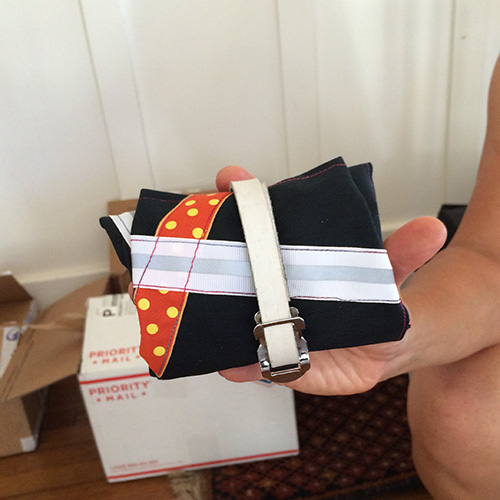 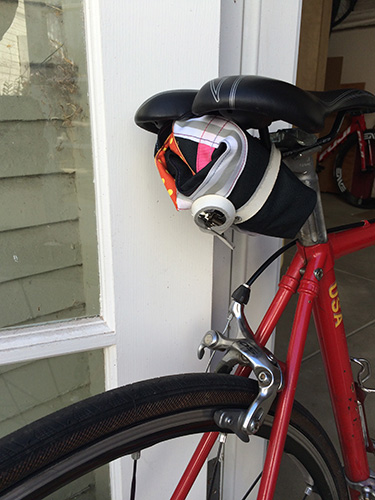