some things that google just can’t help you with:
– one of the pup’s had a poo explosion in the car 20 minutes from destination: subsequent clean up and bath
– one of the pups went up the hill in the backyard and came back down walking like a retard; her paws were covered with giant cacti: subsequent thorn removal and building of a barricade to the upper part of the backyard

some things that google can help with:
– finding the Santa Fe Border Collie Club and arranging a hike the in phenomenal Galisteo Basin Preserve. not sure if google can help or not, but there are acres of this preserve for sale and we would like to buy some please.
also, one of the pups got a stickler in her paw and needed manual help to remove. 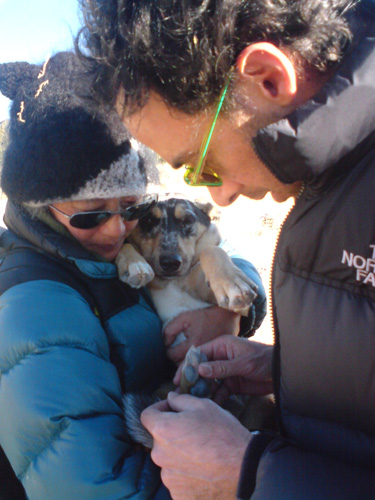 – finding the Charlton’s herd of lovely sheep to chase around in the snow. 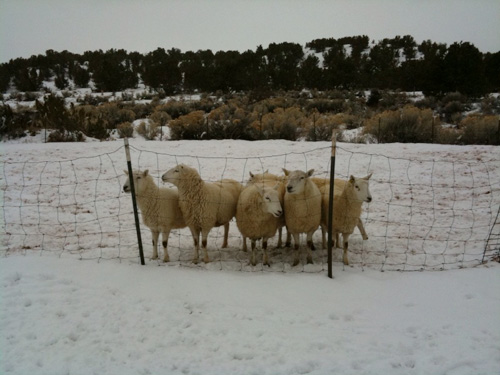 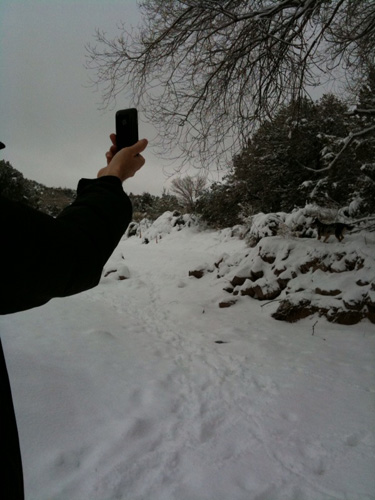 there’s never a day without google: packing up two dogs for a road trip from Los Angeles to New Mexico started with finding a nice place just outside of town for a quick hike, then we had the realization that the car seemed so nicely packed because we forgot the dog food (doh!). so google comes to the rescue again to hunt for stores nearby that carry our brand of dog food (and yes we did take one look at the traffic going back into town and decided against driving home for the kibble bucket).

needless to say the pet-friendly La Quinta in Flagstaff was super accommodating (found via http://bringfido.com) and no google necessary at all once we crossed the border into NM where Sonic green chili cheeseburgers await you at every turn.

back before the trip we exchanged emails with a guy who sells dog wax and dog booties and suggested we drop by the shop where he works. he wasn’t working on the day that we went, but the parking lot had a security guard who used to own a blue heeler that he used to take on secret cow herding missions, so he took a fancy to guarding our car plus the pups. he also told us about Santa Fe’s weird phenomena—which comes in the form of weird lighting—native and local to Santa Fe because the people who had first crossed onto the land where we were standing were the same people that had witnessed burial ceremonies in Egypt. we just couldn’t argue with that kind of logic, and the light does seem super weird at times.

from there we wandered to the farmer’s market, and after asking if i was from Tibet the lady selling yak meat at the farmer’s market offered us two free yak ribs. we ate one, along with a sample of green chili goat cheese from the lesbian goatherders: “it’s all about the girls!” their goat yogurt is the best i have ever had, but since it’s January it’s definitely out of season.