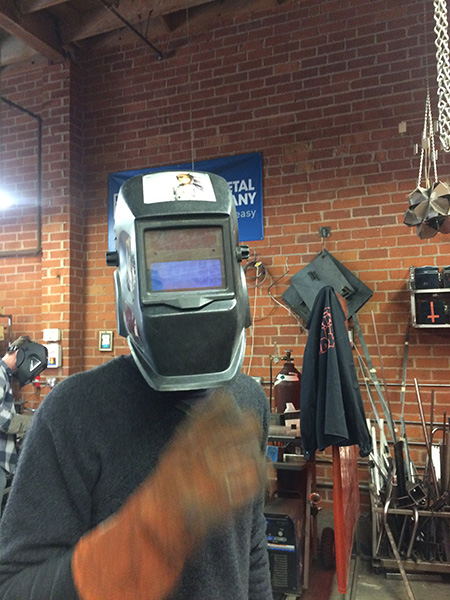 Turns out there’s so much more connecting the two (too bad the technique used to build a bike is usually brazing or TIG welding, more on this later), beyond the specialized equipment, footwear, head protection, and complete opposite needs in clothing (lycra = flammable as f**k, but I certainly would enjoy seeing a bib short pad go up in flames).

My track certification was taught by Andrew the Vietnam vet with a belly the size of a bike helmet, and the MIG class was led by Zach, 40 years younger than Andrew, with biceps the size of the argon tank, yet graceful like a true ex-Marine. Both classes spend a huge percentage of time on The Safety Lecture: at the track it’s all about being aware of where the other riders are, and your mantra is: “If in doubt, go faster.” In the shop it’s all about being aware of where your own body is, the process being electrical, if you’re not paying attention you can and will complete the circuit. “If in doubt, unplug.”

The acronym for how to move the wand for MIG welding is D.A.S.H. – don’t know what the H stands for, but the other letters stand for Distance, Angle and Speed. 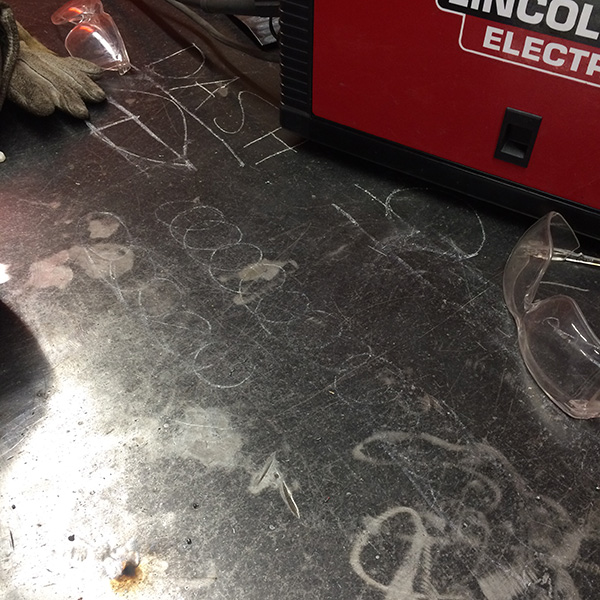 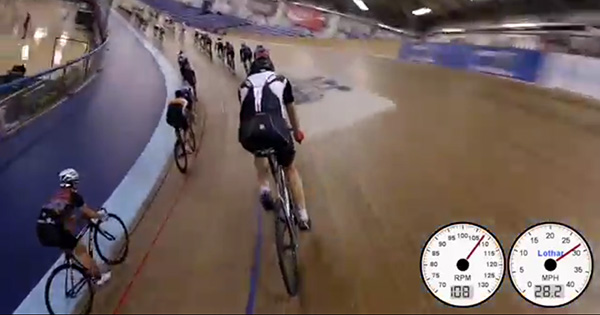 Our project for the class was to weld a metal pillow. 2 flat squares of metal in a lap join, grind the welds, then fillet join a plate (which we got to cut on a hydraulic band saw – with Zach watching like a hawk) and a bolt in order to use an awesome drill/tool I forget the name of to blow up the pillow, giving your work a stress test, to see if your welds bonk. FUN!

First we had to practice taking out and installing the “consumable” filler wire, which is fed through the welder to the gun at a controlled rate, to be mixed and melted with the steel to create the join. The cord from the welder to the gun is quite long, so when we pulled out the wire Zach said we could either toss the wire in their recycling or take it home. It’s steel wrapped in bright shiny copper so of course I wanted to take mine home, and David let me have his too. I placed my coils of wire at my station as we convened at the demo table to watch Zach clean his metal sheets with isopropyl alcohol (cleans bike tires too!). Next thing I notice is the two ladies also in the class roving around everyone’s station collecting their coils of wire. The nerve!*

When I said “Hey, they’re kyping my filler!” they mumbled something and tried to give one coil back. I had to demand that I originally had two pieces, and they conceded.
Harrumph. 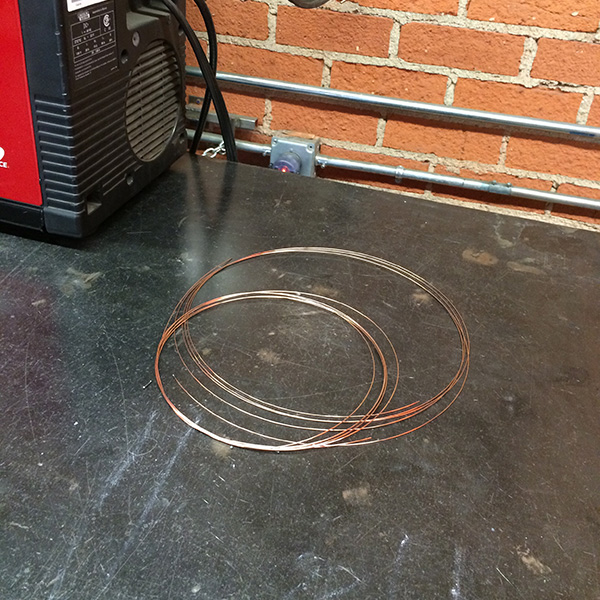 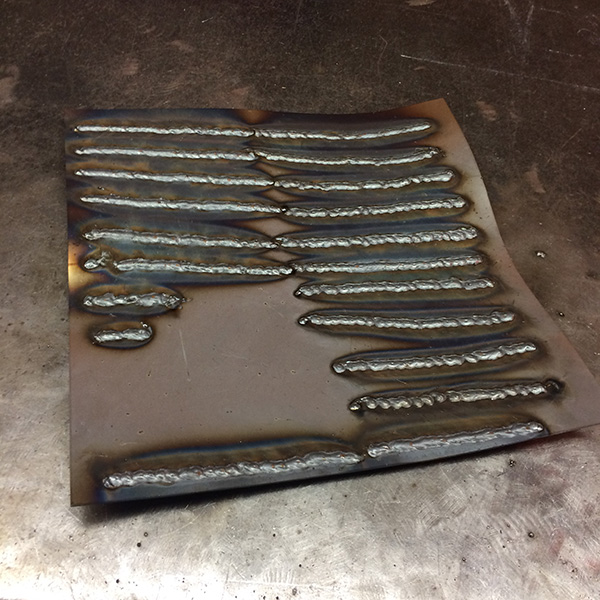 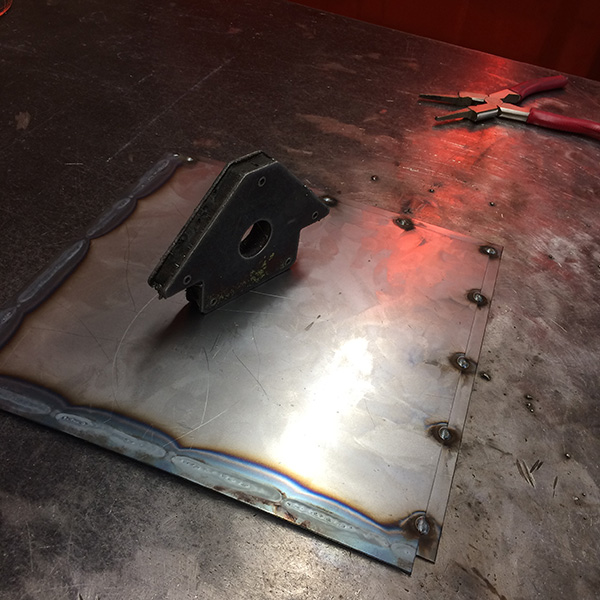 Attachment of the plate and bolt using a fillet weld: 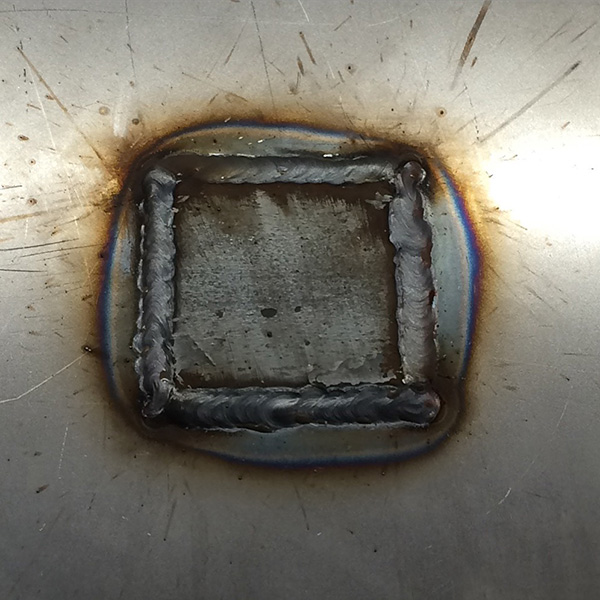 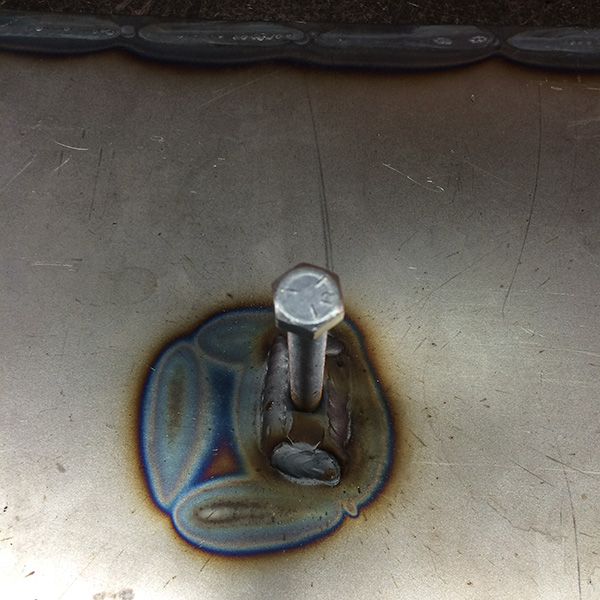 All the helmets had different pictures of bands on them. I used the Iron Maiden one, here’s David with his Justin Bieber sticker: 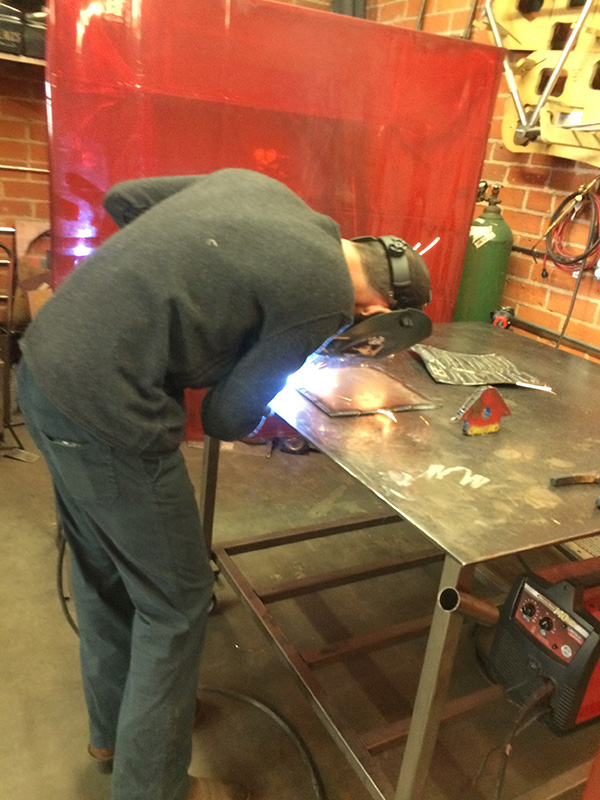 The final product! Sealed nice and tight. Not that I’m going to attempt a balcony or a trailer hitch any time soon. 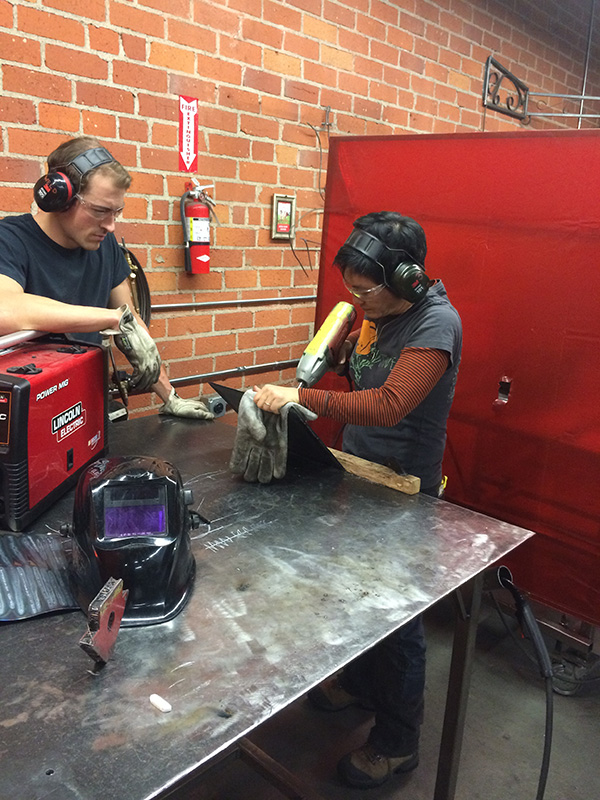 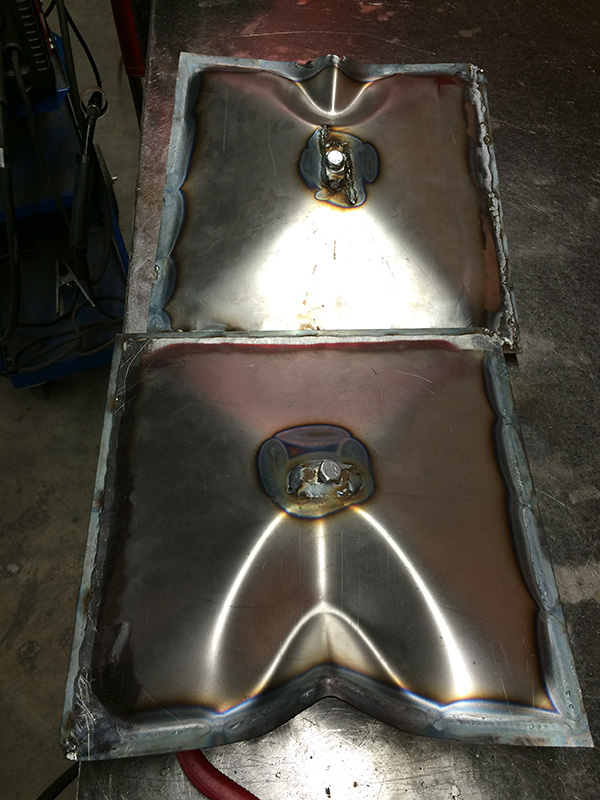 Here’s the video that started all of this obsession with steel.

In addition to the fact that my Italian is as full of agricultural expletives as Dario Pegoretti’s, he and I have the same joke about Parmesan cheese (“Next time at least buy the Grana Padano”) and drink wine by “going up the mountain backwards,” meaning, we drink the good bottle before we drink the crappy bottle, so we can be sober for the first. MIG welding is the first step towards learning TIG or brazing, so someday I will become Dario Pegoretti.

*I confess to doing a similar type of move in Japan, when the people I was traveling with didn’t eat their kinome leaves, thinking it was a branch of cheap garnish. But at least I asked!