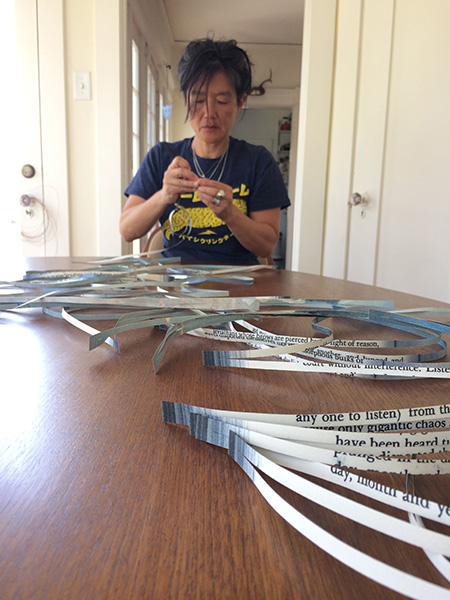 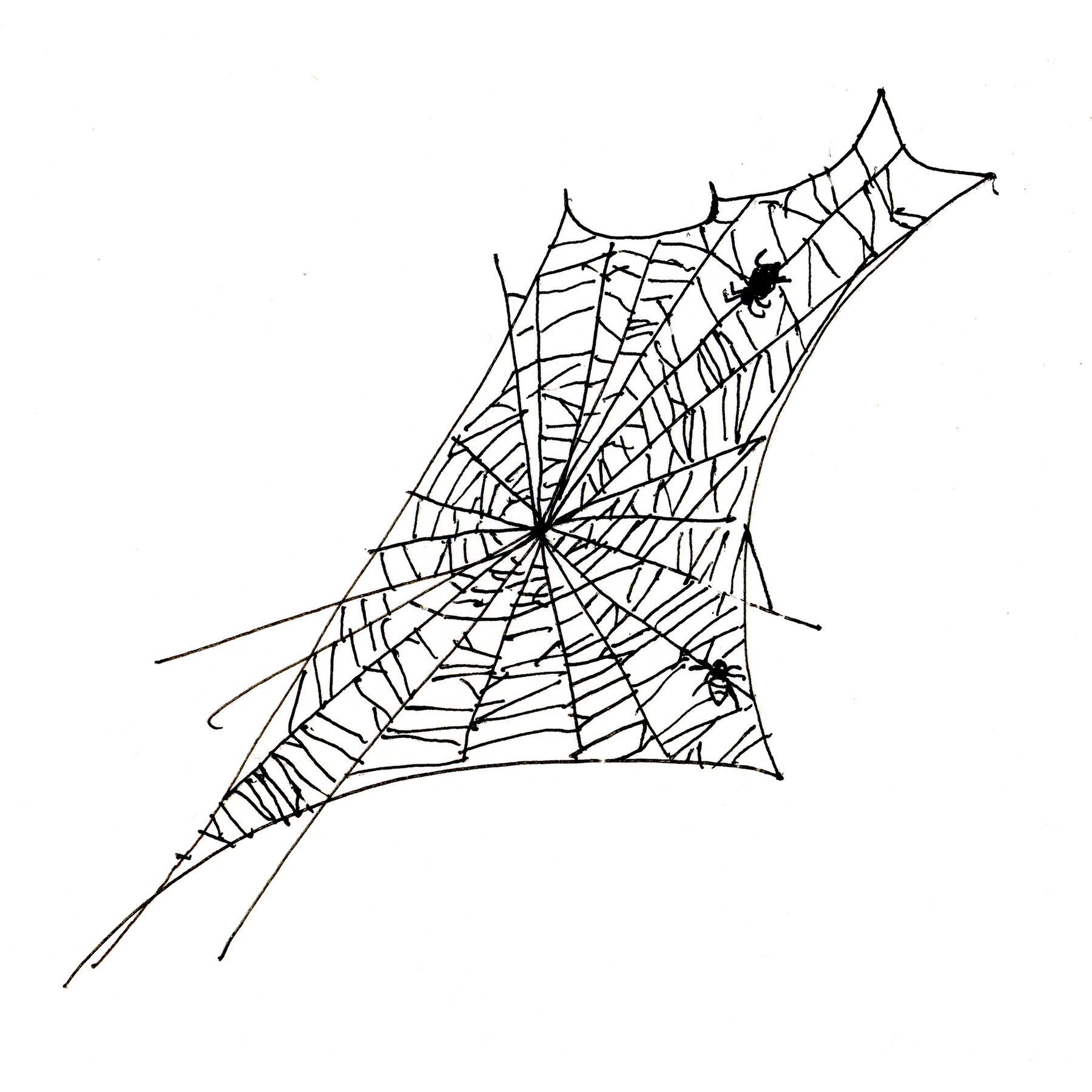 “…1.  Acne in your forties shows atypical energy loss
The spousal voice is tangent to the passive
One day, your metaphors will be driven home by magnets…” 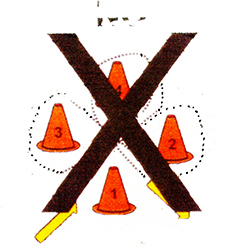 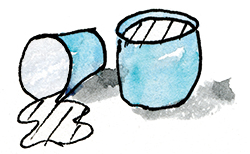 Drawings for the front and back covers of Drunk in China: Baijiu and the World’s Oldest Drinking Culture by Derek Sandhaus (2019) 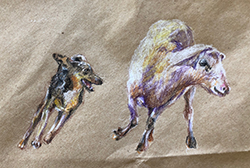 “…The woman who owns the ranch seems surprised that the man even has a son. “This is the most fun a person can have with his clothes on. That’s why,” the man says, winking. The owner looks confused, doesn’t get it. The red-haired assistant, returning from setting the sheep in the big field, looks even more surprised, open-mouthedly so. He nods, she nods. Yeah. Son. The man’s wife has red hair too, but he figures she’s never been surprised about their son. Ha ha…” 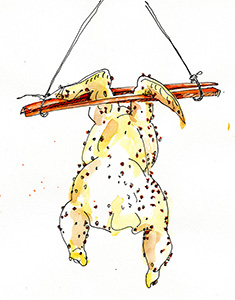 Shuffle Master of the Universe (essay & drawings)
The Cleaver Quarterly (2018)

“…In 1999 at the age of 85, my grandfather complained of a headache, took two Tylenols, lost his mind and never got it back…” 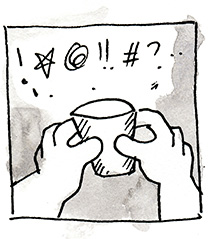 All about baijiu, the delicious liquor made from fermented grains with flavors that can range from fruity to mushroomy with caramel and anise in between. I got to draw corn! And Job’s tears! And the whole steamy process, from giant piles of mud to tips on how to properly toast your friends.

“The Illustrated Wok is a print collection of hand-illustrated Chinese recipes from some of the best chefs around.
This cookbook shines a spotlight on “next-generation” chefs who are rethinking Chinese food to serve the needs and cravings of 21st century diners. This book is for all the home chefs who want to recreate this magic in their own kitchens…”

“…Select foods are known to produce gan 甘, this sweet-tasting, air-chilled sensation that follows an initial sting of bitterness. Gan is peptic, but also poetic – the quicker the conversion from bitter to sweet, the more desirable, but there is no shortcutting the bitterness. Gan is an afterimage. It’s the “every action has an equal and opposite reaction” flip side, sonic boom, sugary echo or funny tingling which proves that after a period of suffering comes joy. And burping. In Chinese, gan is often paired with the word hui 回, which means “returning.” Yes, gan is acid reflux that’s good for you…” 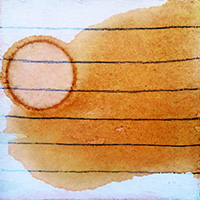 “…Its very name, “moon,” was so inelegant, so Germanic, and it referenced nothing, no mythological God, mathematician or animal. “Moon” sounded more like a sound effect than a great astral body. The moon, as it was often called, implied that there was only one. In the whole freaking entirety of the enormous gargantuan universe, there’s no such thing as “only one.” Even his name, C#41, with the dapper number sign, stood for something. At the very least it contained a prime number…” 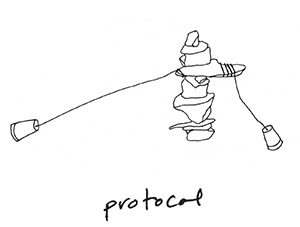 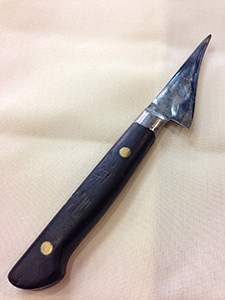 “…The blade is 2, maybe 3 inches long. “It used to be this long,” he says, holding his hands about 7 inches apart. “My first knife,” he adds. “The Miyako buys you a knife when you become a chef there. But if you are a chef at the Miyako and you quit, they make you return the knife. So when I left after seven years, instead of giving them back the same knife, I went out and bought them a new one, carved with the same brand. That knife is 30 years old.” He puts it back on the shelf, fiddling with the others so they are all lined up perfectly straight on the shelf. “Knives have a memory. That one is still great for peeling fruit”…” 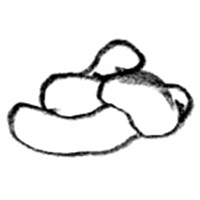 “…The Chickens’ septic system had always been a “ball breaker,” and the way it “worked” had all three of them practicing the ancient art of inhalation and retention before crossing the threshold. Even without the contributions of Mr. Chicken over the last few years, the tank “kept its own way of thinking,” and Mrs. Chicken tried everything (short of liquefying the load before sending it down, and Malchicken had to threaten her with a kitchen knife before she conceded to let go of the blender) to keep the flow moving…” 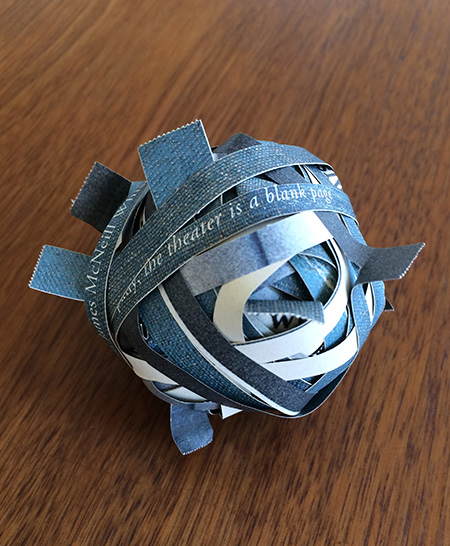