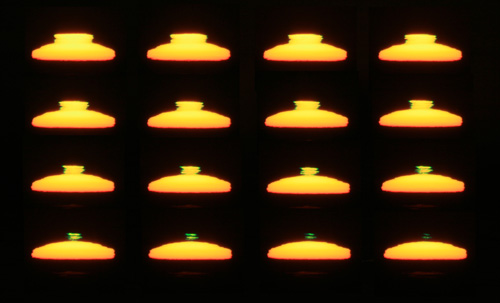 it’s always been a great hope of mine to see the green flash at sunset (or sunrise – but that would require some east coast or houseboat type of living), but so far i have either missed it and/or the sun flashed green without me. yesterday i saw a program about a two-person rowboat race across the Atlantic Ocean and wondered whether any of them saw a green flash amidst all that water and all that free time. the two American men profiled had severe ass rash for the entire time they were in the race, some 50+ days, so probably not.

according to Wikipedia the green flash is more likely to be seen when the air is clear (ha!) and the reason it looks green is because the blue light (higher frequency) is scattered out of our line of sight. it also says the green flash can be seen from the Moon, so that’s another place to go, in case the California coast fails to provide anything but unscattered blue light. In any case the flash never lasts for more than a couple of seconds, so my advice is never to turn away when the sun is about to drop. 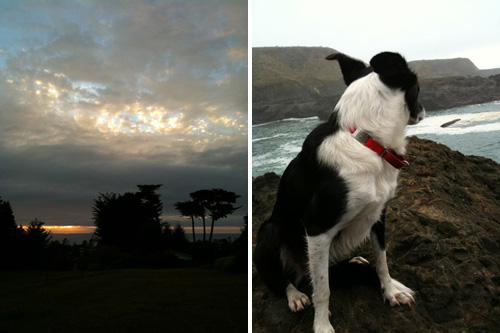