every once in awhile we take a bullet and agree to work (gratis) for certain non-profits of a spiritual persuasion. we do this, despite what a friend of mine—a non-profit consultant by choice—says about dealing with those kind of non-profits: “RUN!”
this year for their fundraiser they wanted to make t-shirts, and suggested putting a yoga sutra (in Sanskrit) on the front. the one they decided on was 1.33,

which pretty much says: “By cultivating friendliness towards happiness and compassion towards misery, gladness towards virtue and indifference towards vice, the mind becomes pure.”
we suggested that it also pretty much says: “See yourself in others,” and that perhaps that snippet could be a nice English counterpart to go on the back of the t-shirt. like most philosophical texts written in old languages, there’s a lot of room for translation and interpretation, but our little idea got taken down hard by the tight-ass end (fundraising chair), who didn’t want people to think that was what it meant. i guess pretty much is pretty much only some of the time.

to compromise, i’ve decided to see myself in pretty much anything.
in turkey wraps (friendliness): 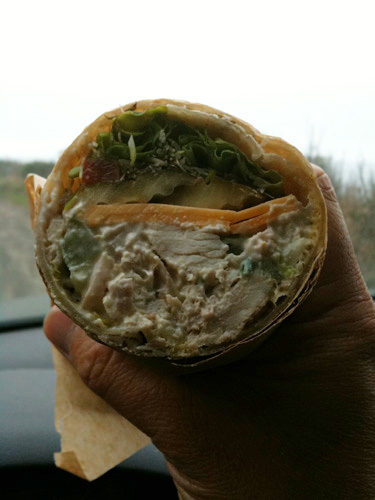 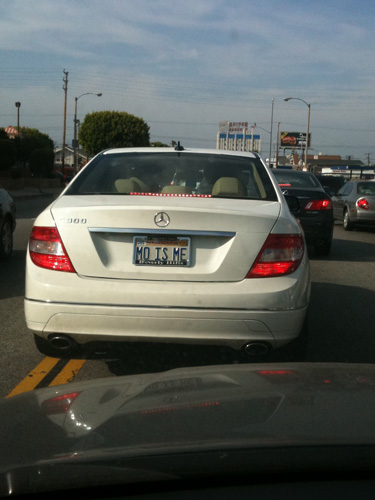 in coffee ice cream (gladness): (how can you not see the entire universe in this?) 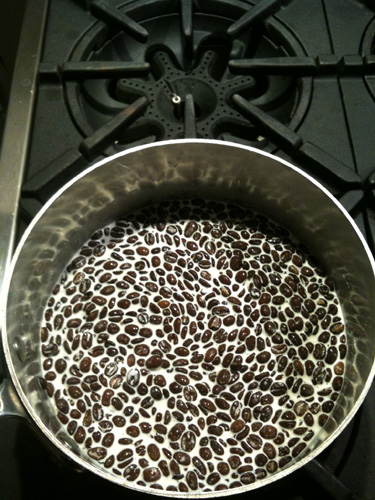 and in shadows (indifference): 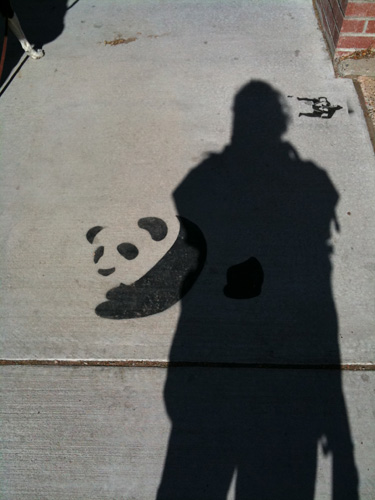