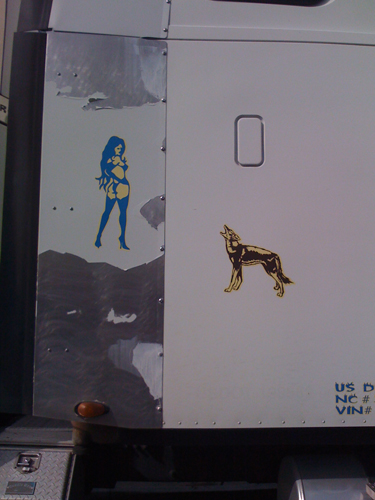 awesomeness like this on the side of an 18-wheeler just screams “New Mexico!” and when it’s Hatch chile season you’re going to smell it before you see it. 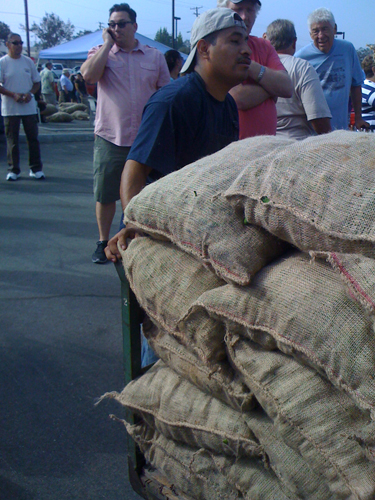 The “chile drop” was at the La Puente High School parking lot, with burlap bags everywhere, burritos for sale, and a whole host of confusing canopies separating the people into variations of walk-up, pre-pay, fresh, or roasted categories. god forbid if you wanted to mix and match between the categories. 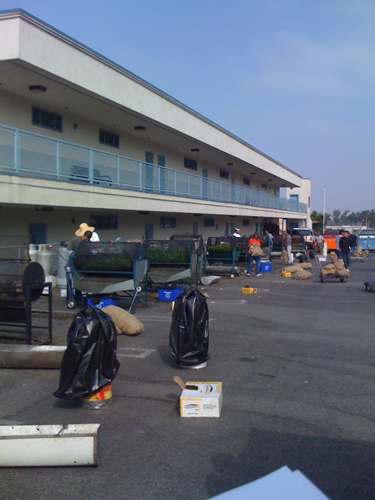 i was in the pre-paid roasted section, which i assume was the most orderly, as everyone in line was only mildly frantic, confused, or salivating. mostly the conversation sounded like kids talking to overseas grandparents: “what time do you have?” but several people who had been standing in the sun too long offered up their opinion on how to fix the ordering system. in New Mexico you can smell the roasting from the side of the road and just pull over and pick up a bag, but here they assign everyone a check-in time, and then plead with you not to be late, but if you are late, they squeeze you in, making the people who actually do show up on time wait. as an owner of two dogs this is the most egregious example of “rewarding bad behavior,” but i didn’t mind because the chile lady said “there was a slight back up because everyone wanted Chavez,” and i got curious as to whether Chavez was a type of chile or a person.

turns out Chavez is a roaster, and he’s got the art down. some of those guys throw the chiles into the drum and put it on automatic. but not Chavez. Chavez roasts by hand, checking that the chiles are blistered just enough so peeling the skin later isn’t a pain in the ass, but not too roasted so the skin is carbonized to the meat. someone in line before me said “What’s the big deal, what difference does it make who roasts?” and the chile lady gave her a look of “if you have to ask, then it doesn’t matter.”
when it was my turn, the lady asked me whether i wanted to request a roaster. i said yes, and she said which one. turns out there’s more than one master craftsman roaster, but that was the only name i knew so that’s who handled our chiles. 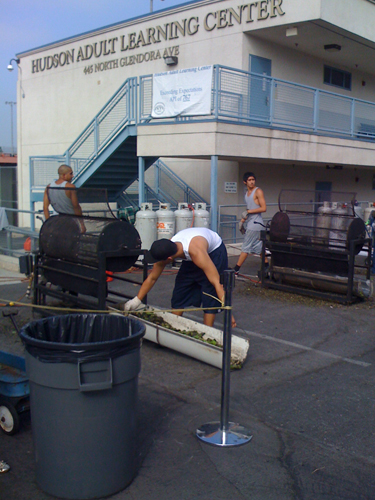 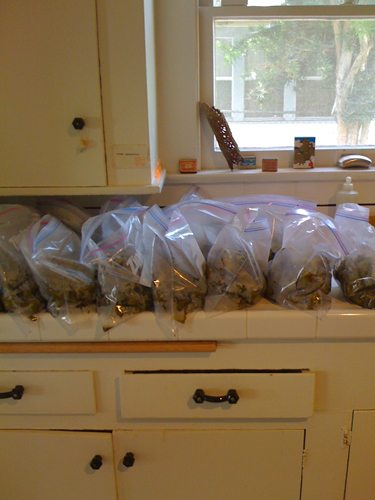 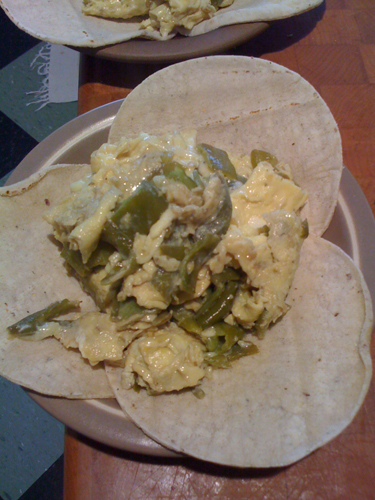 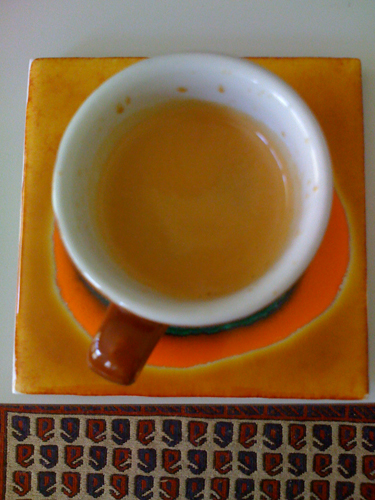 on the freeway coming home we passed a pick-up truck with two bushels of roasteds in the back. when we passed i gave him the sign of the coyote but the driver was too fixated on whether he was going to have enchiladas or burgers for lunch to respond.