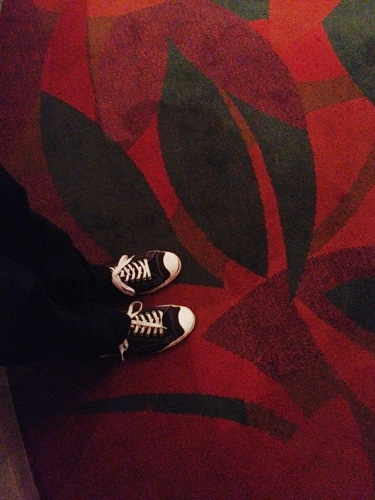 In 2006 the Los Angeles Philharmonic put on a series called the Minimalist Jukebox, featuring music by Terry Riley, Steve Reich, Louis Andriessen, Avro Pärt, John Cage, etc. John Adams was the musical director, and I don’t know if he’s to credit for the outreach of the series but someone had the smarts to include enough electric instruments (100 electric guitars for Glenn Branca’s symphony #13), gamelan drumming, and $10 seats to bring in “the youth.” I watched as kids in hoodies and tennies gawked at the inside of the concert hall for the first time, made fun of the blue hairs sipping intermission champagne in their neck braces, and I swear you could hear a few of them say “SO that’s where ambient dub came from…”

Later on that year I was on the phone with someone in the Philharmonic marketing department who wanted to ask me about my series, seating choice, blah blah. I told her it was so exciting to see so many new people under the age of 40 attending the Jukebox program (many of whom shiver with disdain for “classical music”) and I wanted to know if they had any ideas for how to keep them coming. She told me that keeping “the youth” inside the walls of WDCH was a top priority and not to worry, if I donated some extra bucks they could actualize many of those exciting plans. Sorry lady.

What they ended up doing was getting Brian Wilson or Bob Mould to play concerts, which is fine and great and all that but they completely missed the point. In 2006 they had in their hands what I would call the “classically curious,” a younger generation willing (shitty-ass coffee notwithstanding) to come back to the concert hall to see more connections between Sonic Youth, György Ligeti, Brain Eno, and good old JS Bach. They missed out on a chance to do some really intelligent programming, to maybe help Alex Ross out a little, or, to do what European promoters are already doing.

But oh well. WDCH needs to keep the blue hairs donating, so they pretty much keep the classical classical and the minimal minimal, and everything else falls into “Additional Concerts.” That being said they can still put on some amazing programs. Last night Steve Reich himself performed his clapping piece, but here’s a good rendition of it performed by Angie Dickensen and Lee Marvin.