In our last trip to Yunnan we asked our teamaster Vesper Chan to make us some Tuo Cha that does not suck. He came through, and for a blustery Sunday afternoon there’s nothing better than a mini tuo cha taste test.

We haven’t priced our mini tuo’s yet, but we were in the neighborhood so we picked up a tin of Peet’s Ancient Trees Organic Pu’erh tea. The free cup of coffee doesn’t hurt.

At first I took issue with the back of the tin in the form of brewing instructions:

I’m averse to the ratio (8 grams to 12-16 ounces or water) as well as the steeping for 4-5 minutes. Seems watery and sludgy at the same time, but as a general rule i try to follow the instructions on the package at least once, just not today. 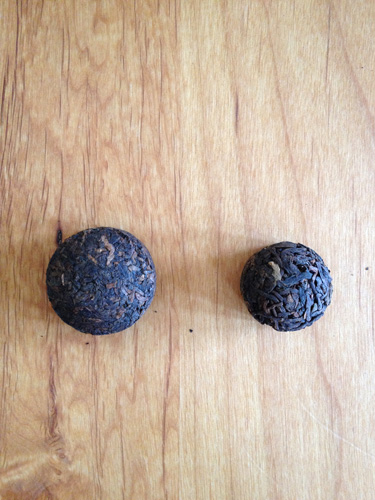 Peet’s sells theirs in 8 grams, and our comes in 5 so i had to whack off a little bit for a fair test.

For those that are interested in using the wrapper to draw on, the Peet’s size is larger and has a noticeable texture. 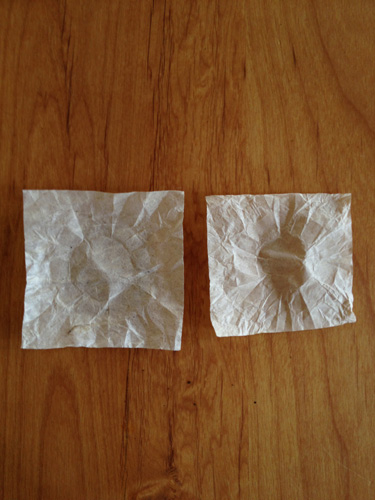 Our tuo cha was a little floral, a little red date flavor, a little thick, and very clean. Smell and taste wise, the Peet’s is exactly like Melba Toast, or some dry rye cracker. This toastiness is perhaps what people like about it, but it doesn’t seem like Pu’er to me. After four brewings it started tasting very watery. This is where i take issue with the front of the tin: 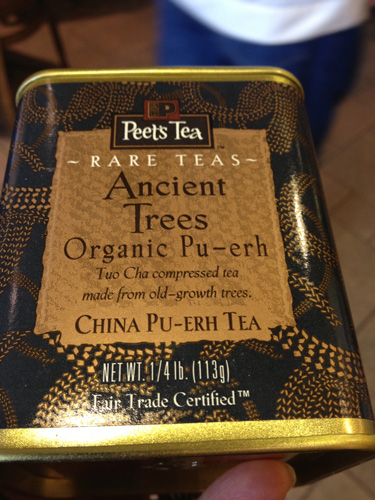 There’s no way in hell this tea is made from anything close to ancient tea trees. No viscosity, no brewing stamina, no age. I’ve a special place in my heart for Peet’s coffee that i will always defend, no matter how damn dark they like to roast their beans, but please, don’t say it’s ancient tea trees when it’s modern melba toast. 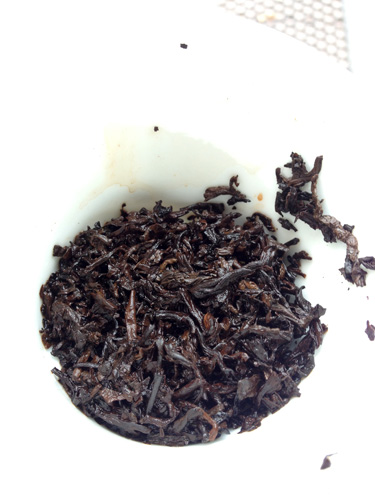 The process of making tuo cha is pretty rough on the leaves, but just for comparison, here’s ours. 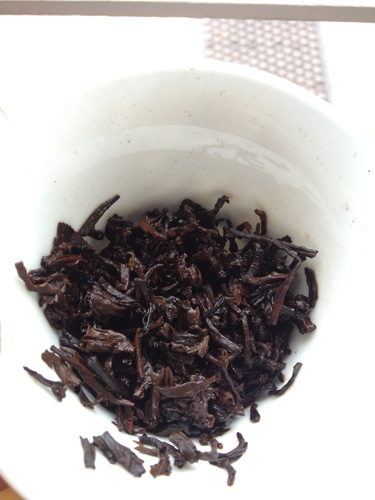