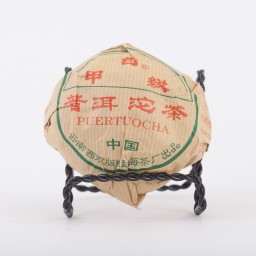 If you’ve ever visited a tea factory it will come as no surprise that there can be a lot of variation between bags, or batches of tea. In fact, if a tea farmer serves you tea, and you want to buy some of it, it’s best if you buy from that bag of tea they are holding in their hands. Don’t let them scurry it away into the back, and don’t believe them when they say, “there’s plenty more where that came from.”

Since tea is an organic product, there’s always the chance that over time it doesn’t do what it’s supposed to do. For Pu’er (and especially raw Pu’er), since it’s stored and aged, there’s years of opportunity for something to go wrong. In addition, Pu’er is sun-dried, which doesn’t quite halt all the oxidation, so over the years it’s still alive, slowly changing and reacting to its environment.

Recently we were able to compare a Menghai 1996 Tuo Cha that someone described as “something wrong, slightly moldy, or else my palette has gone completely off its rocker” with its respectable batch mate.

It was almost too easy. The compression of the “bad” tea was very loose. It crumbled when we went to break it apart. The odor was fine (no mold), and the wet leaves smelled slightly weaker than our sample, but the color of the rinse tells us this tuo cha ran with the wrong crowd. 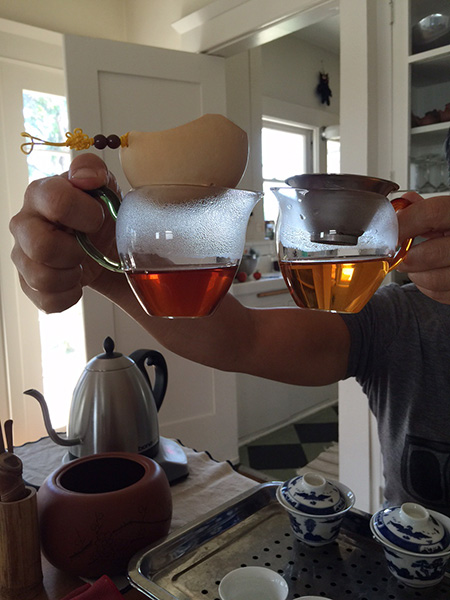 The amber color that should be there for a raw Pu’er from 1996 was more of a watered down yellow. It was very clear, which is good, but the color was that of a younger tea. But even younger teas have some kind of flavor, and this tea had no flavor, just a sharp, bitter aftertaste. I am not throwing around the word “bitter” carelessly. I was actually surprised to taste real bitterness in the tea, as opposed to astringency, or a puckering sensation, or other subtle tastes similar to bitter but more complex. Bitter is actually an uncommon taste to have on its own. Sometimes it’s paired with sourness (grapefruit pith) or sweetness (licorice root) but pure bitterness for bitter’s sake is something very special indeed. 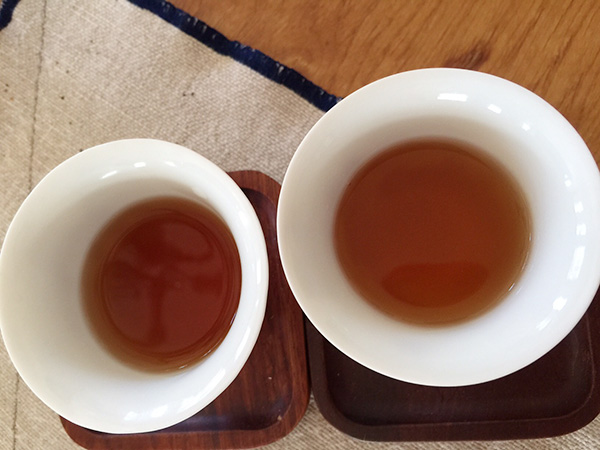 I doubt that the tea was improperly stored, or that anything could have been done to the tea over the years to save it. Sometimes you just lose one. 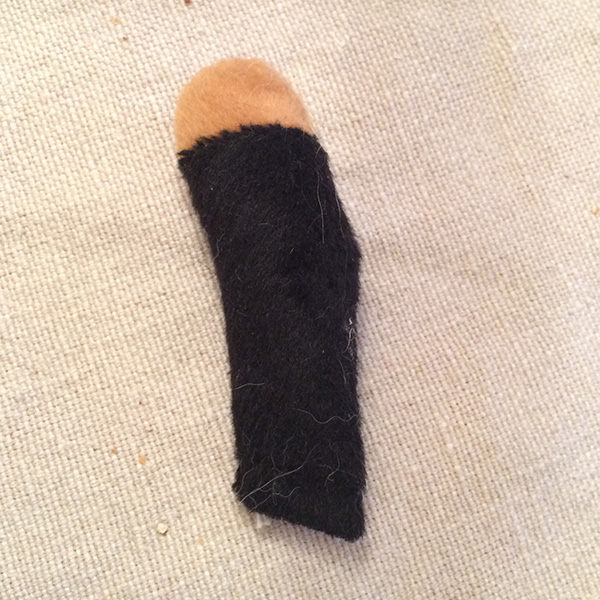