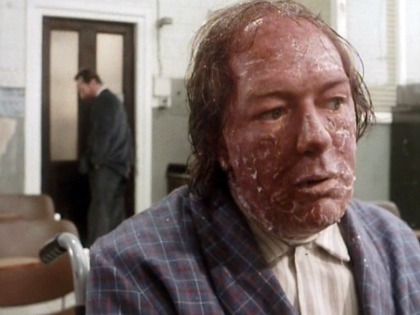 With season two of Downton Abbey just starting and the new Tinker Tailer Soldier Spy movie in the theaters, it’s high time for a rambling post about British television dramas and how they continually create six-part series for Sunday night viewing that yank the knickers off anything we Americans call good TV.
I am possibly the least qualified person in the world to be talking about television, but this isn’t a bemoaning of how the BBC had a series called, say, Prime Suspect, and now there’s a show set in New York by the same name but the British one was so much better. This is how the entire genre of TV was set adrift in the 70’s by one man, Dennis Potter, who created a blip in TV space/time that all television writers since then (if they aren’t David Lynch or Lars Van Trier, who OWE, and i mean really OWE everything, to Potter) have madly tried to patch up by even more aggressively forcing viewers into the usual “dreamlike-state of passive subjective identification.” Granted Potter was using Brechtian ideas of non-naturalistic drama, of cross-gender lip syncing, of Freudian themes, of interjecting songs and fantasy skits to discourage the audience from “really connecting” with a character, and so on, but the big deal is that he didn’t hide these ideas behind a glossy tear-jerker. What Potter does is total transparency.

And that’s what makes his shows so creepy. I’ve only seen The Singing Detective and Pennies From Heaven, but in both shows there is a flatness across everything. There are no personal conflicts, no Aha! moments, and certainly no role models (though the Accordion man in Pennies From Heaven does also play Jesus in The Life of Brian). Every man is a sleaze, a sex maniac, and a perv with a mom-complex; while every woman is a tart, or a bitch, or a hilariously frigid wife, or just beautiful naked. The only thing that generates feeling and emotion (including those of disgust and revulsion) are the songs that are scattered throughout. Everyone—nurses, patients, Russian prostitutes, schoolchildren, facial cleanser salesmen—breaks into song. It’s all lip syncing, there’s no illusion as to who’s not doing the singing, but it’s horrifyingly seductive. At the end of each song the actors fall back into scene, and the only thing that is disrupted is you the viewer. 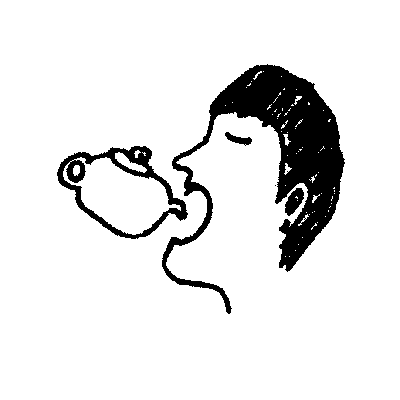 But the disruption is one of relief, as if something annoying had just been turned off, a food nugget pried out from between two teeth, a forgotten name suddenly recollected. This relief is not a narrative-device like the unexplained smile on Robert De Niro’s face at the end of Sergio Leone’s Once Upon a Time in America where the running theory is that the shot is of De Niro waking up in an Opium den, and so the entire last part of the movie has all been a dream. Potter’s relief is actual. As the rapturous lights of the song numbers fade, your mind is rested and ready to go on. This gift, this gilded pillow of num-num, owes its soul to the Marx Brothers. Marx Brothers’ movies aren’t so much musicals as they are pure dramatic overload—with so much going on you simply must take a break and have a cup of tea. It’s not a coincidence that Potter only uses songs from the 1930’s, the same time as the Marx Brothers movies were made. It’s also not a coincidence that Potter and the Marx Brothers do not care (as in Leone’s case) where the viewer frames the plot in terms of real and fantasy. There really is no real. 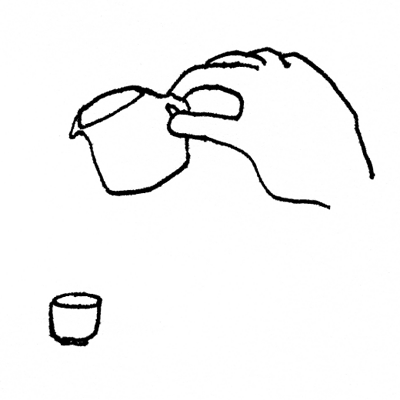 Potter is creepy not for the sake of being creepy (a sad trait today for both fiction and television, as if creepiness is the new cupcake, which was the new yoga, which was the new black) but he manages to achieve creepiness by flattening everything to the same level. He doesn’t set up contrasts or leave room for whether a character might be remorseful or not. Everyone is mucking around in a very godless world. 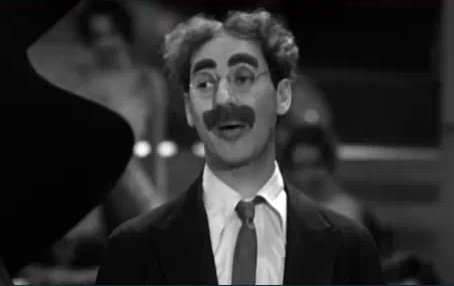 I say godless, because religion (and the Lord of the Rings Trilogy, come to think of it) depends on the existence of an evil in order for the good to exist. Ever wonder why it’s only the religiously-raised children who participate in Satan worship. They know what to do, they know which animal to get blood from, and how to draw the horns and which Pantone red to use for the printing. Ask any kid who has never gone to church or studied the Bible what to do for a proper Satanic ritual and you’ll get something more like a rock band trashing a hotel room kind of scenario. (And, for a truly obscure tangent, this is why the art world booms in economies where there are the largest inequalities in income).

In this flattened, godless world the simple things—the way the girls eat cream-filled pastries without smearing lipstick, the hug/lift from the male porter who helps a patient out of a wheelchair, the way they pour cream into a cup at the same time as the tea—become just as creepy as a woman putting lipstick on the points of her bosom (“little rosebuds”), the march of psoriasis across a man’s body and the implied greasing of his penis, the rape and murder of a blind girl. 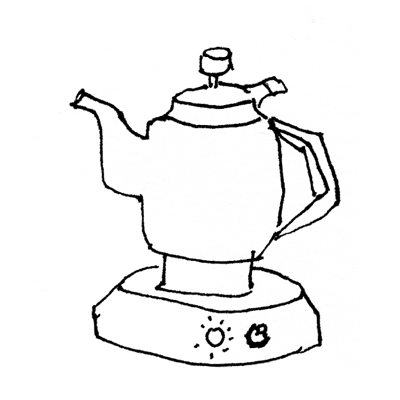 Because there is no real, it’s also possible to see the characters in all the Potter shows as living in the same village, crossing mediums and sharing drinks with other genius British television series such as Tinker Tailor Soldier Spy, Smiley’s People and even the ongoing Downton Abbey. I also can’t help but think there’s only fifteen actors in all of Britain. George Smiley is Obi-Wan, who is at war against Darth Vader’s Admiral Piett, who’s the aforementioned Jesus from The Life of Brian aka the Accordion Man in Pennies From Heaven. But then, there’s Ricky Tarr—the bait, the spy who dared to love, the missing nugget—in Tinker Tailer, playing a pimp in Pennies From Heaven. He’s not really playing a pimp so much as he’s still the sweet-talking spy, seducing not the Moscow Center’s spy’s wife but the schoolteacher turned prostitute.
But i could go on. Strickland, the nasally and totally incomprehensible official in Smiley’s People plays the doctor that manages to help the psoriasis patient in The Singing Detective. The father of the young Singing Detective, the crooner, the poor chap wailing with anguish in the Forest of Dean, is none other than Mr. Carson in Downton Abbey. Oh, and it gets worse. Elizabeth McGovern, Countess of Grantham in Downton Abbey is also in Leone’s Once Upon a Time in America. Lastly, Edith, the second daughter in Downton Abbey, is the girl flirting with Peter Guillam in the new Tinker Tailer Soldier Spy Hollywood movie.

Here’s one of the Marx brothers waiting for some pennies from heaven to drop to Earth: 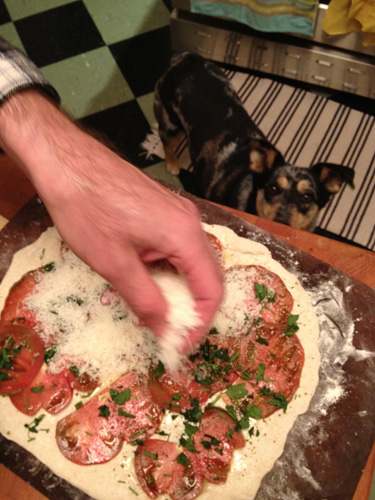