A friend of mine recently blogged about the self-flagellatory hellhole travelers to third world countries often fall into, the pit of “why the fuck am I here?” and the sorrow of “I want to buy the rock that makes a bell sound when you shake it, but i only want to pay 12 cents, rather than 13, you poor child, you wearer of the butt-less pants.” And I quote her “…you are those kids’ meal ticket, and traveling to their far-flung hamlet is, for you at least, all about “improving” yourself by being witness to a kind of poverty which, if borderline globally abject, is at least presumed to be aesthetically pleasing.”

In our many months of travel through China there were several days when one of us felt like it was absolutely impossible to leave the hotel room. It wan’t anything in particular, just a feeling that if we saw one more worker hiking rice up the mountain (because the government designated the use of the telpher for tourists only), rice that would feed us, or one more family tossing a watermelon carcass out the train window, or one more wealthy couple plucking each other’s chin hairs to the theme song from The Titanic, we were simply going to die.

So it’s funny, or maybe not, that on the drive last week from Los Angeles to Santa Fe, I got a similar feeling somewhere around the site of Occupy Tucson which lasted all the way to Las Cruces. 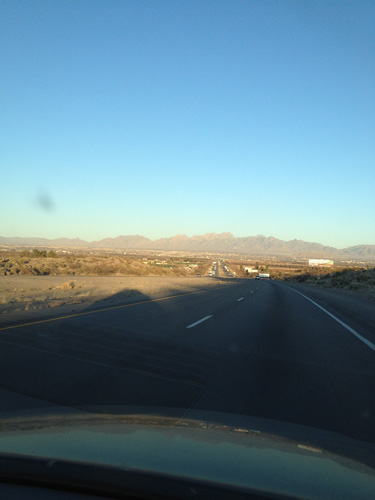 Which brings me to the Turquoise Trail. About 15 miles south of Santa Fe is the ghost town of Cerrillos, where Native Americans mined turquoise and galena since about 600 A.D. They used turquoise for its medicinal power, and extracted lead from the galena to paint their pottery. In 1540 the Spaniards came and found silver and gold in the area and forced the Pueblo Indians to work their mines until the Pueblo Revolt of 1680 which sent the Spaniards ass over tit back to Mexico for twelve years. When the Spaniards embarked on their reconquest of New Mexico, they fought over Santa Fe, forgetting completely about the Cerrillos mines, which lay dormant for about 150 years. 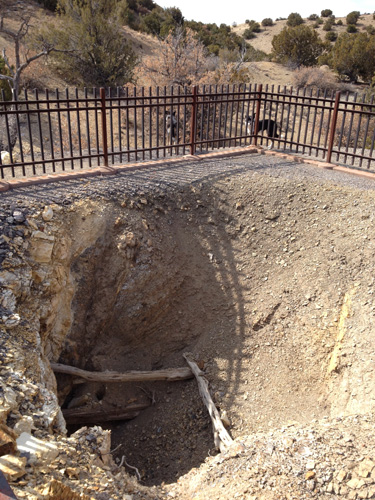 When the gold rush started a couple of miners on their way to California found traces of gold in Cerrillos and soon the town was “rediscovered” in 1879 by everyone and their dog, including Louis Tiffany, whose boxes I mistakenly used to call “robin’s egg blue” are actually designed after the “gem-worthy” color of turquoise he extracted from the hills by the truckload. Soon, coal mining began to take over as the state’s economic mainstay, effectively ending the mining boom by the end of the century. 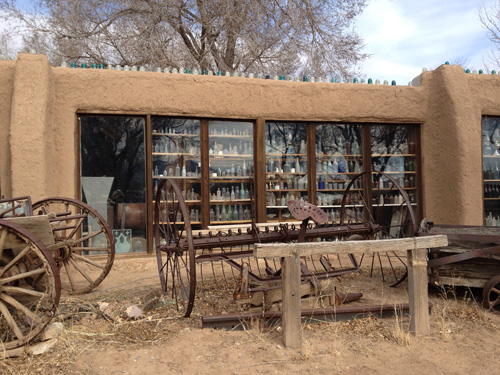 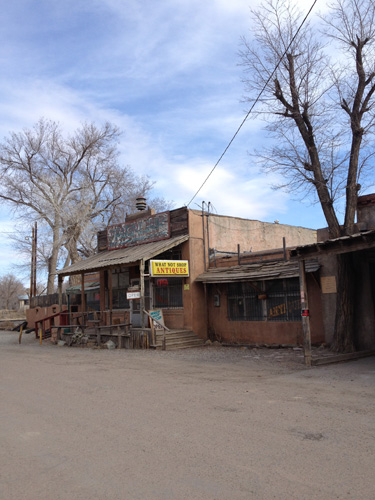 The short version of this history is: where the Spaniards had victory there are tourists, 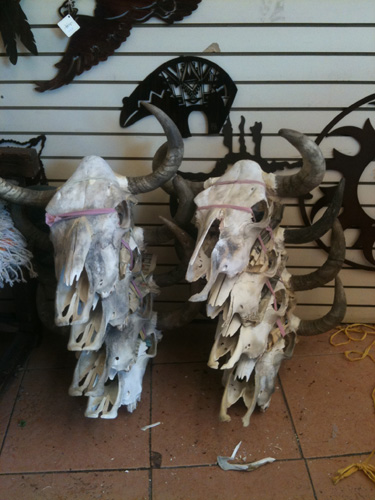 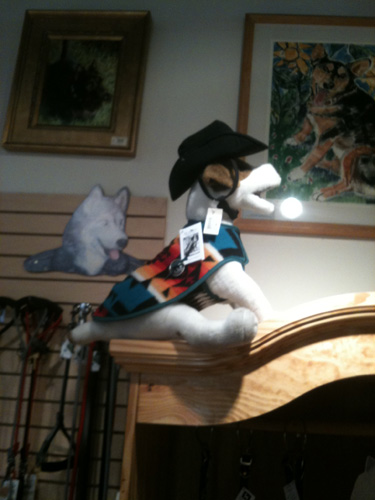 and where the Spaniards met defeat there are holes in the ground. 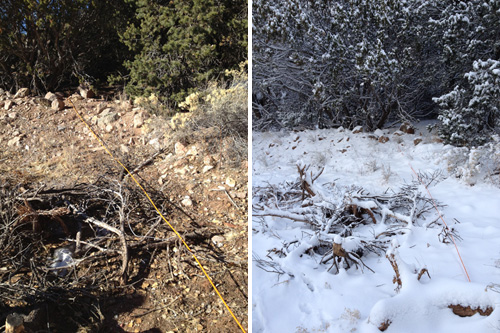 Being a tourist in a place like Santa Fe, which really is a theme park, is slightly less emotionally painful than being a tourist in a ghost town. There’s less hate in the air, you don’t get the weird feeling like people are spitting on your car after you walk away, and the cheesiness doesn’t hit where it really hurts. 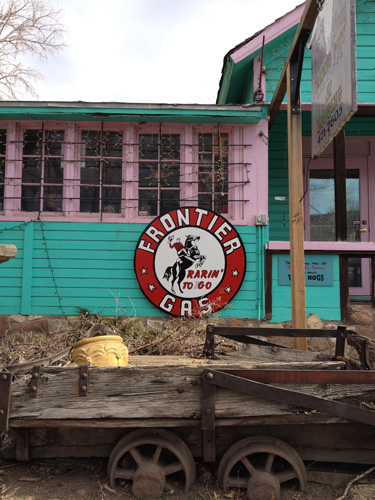 The fat man from the fancy knife store on the plaza told us he used to bring his dog to church with him and they’d sit in the pew together. All in all, it seems right that if you have to go to church, you might as well be able to bring your dog. 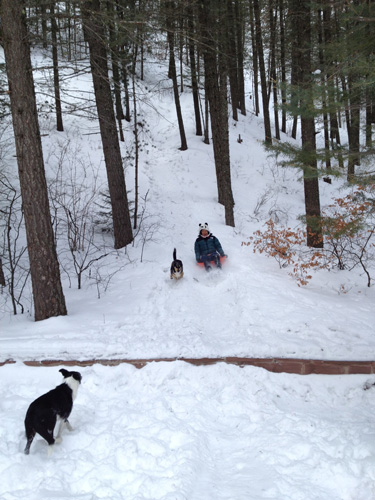 * “Hello Lunch” was a common greeting we received in China, often accompanied by the hand gesture of shoveling food into one’s mouth. After crossing into the south, where dog meat is a speciality, we greeted every dog we met with the same words.