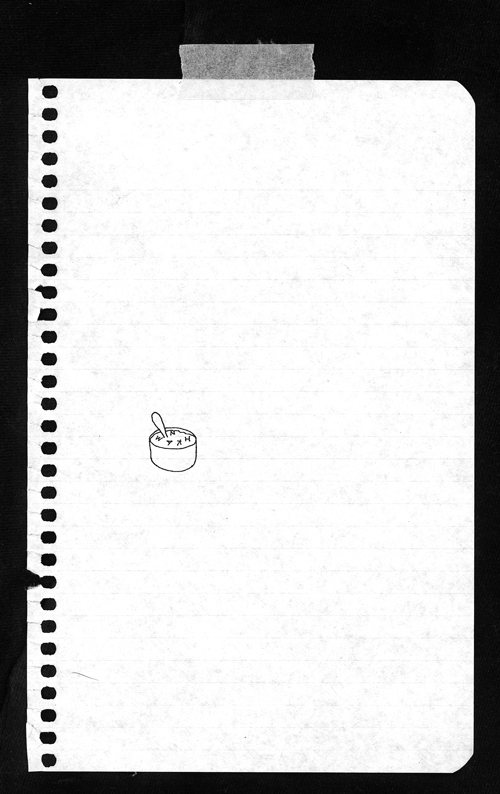 Several years ago a friend of mine, who happens to be a Japanese French chef, closed his restaurant in LA and moved back to Japan. I spent the last few days he was open for business standing in the kitchen and taking notes while he worked. He ran the kitchen and his wife ran the front. No dishwasher, no sous chef, no waitress. He’s a bit of a freak. He’d often wait until he saw the customer’s face before he decided what to serve him. He’d also claim “I’m a chef, I’m nothing. I’m just using things available in the world.”
Aren’t we all.

On Monday I head to China to visit some really old Pu’er tea trees, and at the end of the trip I get to visit Koh and his wife Aki in Tokyo. This afternoon while hunting for a good notebook to bring I came across something I had written during that time:

“Alphabet soup is instructive in the same way as food writing is meaningful. Stir it around and the words are different but the taste is the same. Seared hoobidyhoo with small batched blah blah covered with a la la la reduction and baby poobahs. The language has become flat and sterile. Who doesn’t use meyer lemons, organic micro greens and first flush blooms? What does the use of tapenade, marinade, etceterade say about what the food actually tastes like and what kind of thinking has gone into the work?
One could create a series of food descriptors and spit them out on a ticker tape and people can buy them by the linear inch. Or maybe a radio program on a station called WFRY that just has a voice reading dinner entree options…” 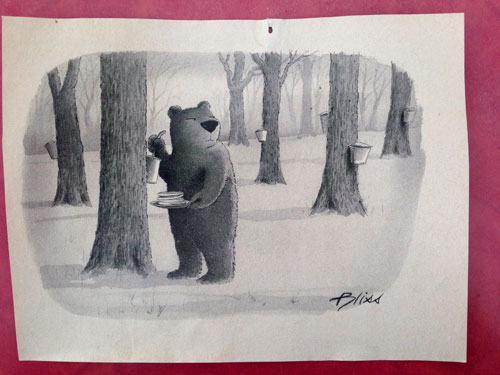 I once watched Koh make a Pear Charlotte (and I will take credit for helping him figure out how long to make the wall of lady fingers in order for it to wrap nicely along the inside rim of the cake pan), and I asked him if it was a special lady finger recipe and he said “No, if it’s for serving with coffee I make them more crunchy, harder. This one’s a Charlotte, it’s supposed to go with the Barbara, which is heavy, and if you make it with regular lady fingers the inside is moist from the Barbara but the outside is crunchy. I don’t want your mouth to be bothered by the crunchy. The Barbara is smooth and melts in your mouth.” (Barbara = Bavarian cream) So before he puts the cream in he coats the lady fingers with sugar water and so when you bite into it the cookie is consistent all the way through. “If you want texture,” Koh said, “just add the little cut off bits of lady finger to the middle.”
That’s some good advice all around. 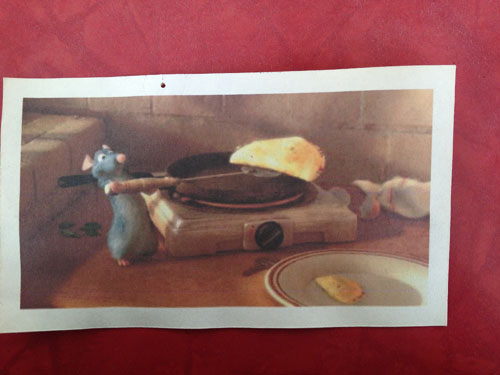