Ten years ago we stumbled upon a tea house in Guangzhou called the Best Tea House Co. Ltd. The owner had an amazing place in a park complete with lake front Pu’er storage and blooming ozmanthus and olive flowers for enhanced seasoning.
Turns out not only did he look like Chevy Chase he’s also a fake. Well not really a fake but a fraud, which is actually an important distinction in China because it’s a question of provenance rather than reality. In China you generally get the product you ask for, just not necessarily the exact thing you ask for. For example if you ask for 20 year old Pu’er you’ll get Pu’er but it will be made in the “20 year old style” rather than be actually 20 years old.

The Chinese Chevy Chase apparently kyped the company name of a very famous Pu’er master from Hong Kong named Vesper Chan (yes). I guess Mr. Chan didn’t really think it was a big deal until relations between HK and the mainland improved and he was offered a retail space in the Canton Tower and realized he couldn’t trademark his own company name. 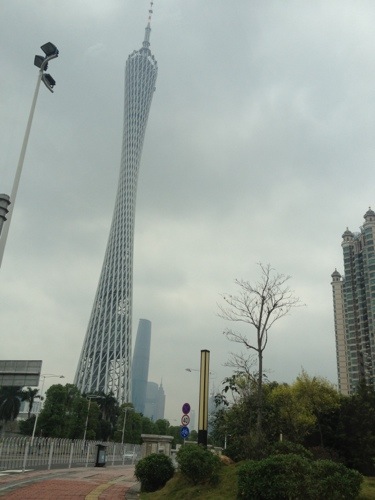 So it’s total fate that we became friends with someone in Los Angeles who actually studied from Vesper Chan so we could visit the real Best Tea House Co. Ltd. 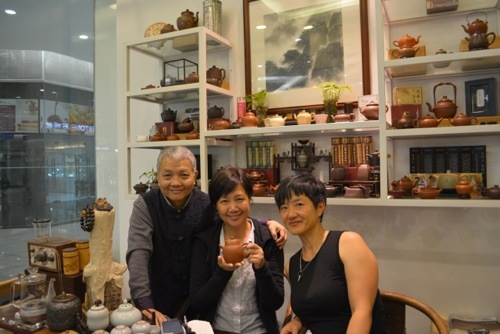 So what’s new in the tea world?
Everywhere you see tea kettles that are attached to spigots that pump water from a five gallon jug on the floor into the kettle. No more need to tip the water boy. Hit one button and water streams through a hole in the lid and, I’m not sure if all of them do this but they stop filling when the pot is full. 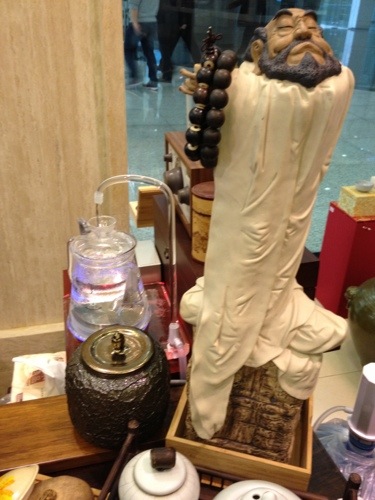 What’s old in the tea world?
Here’s Master Chan with a photo of a 3200 year old tree (think Warring period, before the unification of China) and one of the tea cakes he pressed from the leaves of that tree. He had the rights to the leaves from that tree for ten years, but then some sugar company came along and…defrauded him…whacking his ten years down to six. Like I was saying… 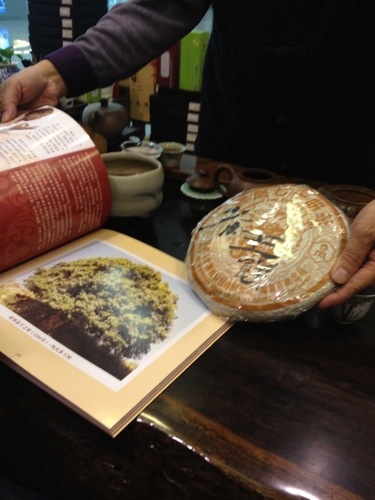