It’s supposedly winter, and despite the high 80’s temperature it’s still the season for soup. I’m batting 0 for 3 in the celery root soup department, though, so I’m thinking I should cross that recipe off my list.
A month ago I thought I bought celery root and I came home with horseradish. It was a little difficult to tell what it was at the store. I had a cold, and couldn’t smell anything. I was going to bite into it, but the grocery boy was staring right at me. Never mind that horseradish root looks a little “schlongy.” 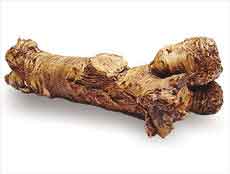 A week later I saw celery root at the Malibu farmer’s market but couldn’t squeeze them into my bike jersey. At a couple pounds a piece they’re not the kind of thing you want to be dragging down the PCH anyway.

Finally last week I came home with the right thing but left the burner on too high and boiled the soup into a charcoaly mash of smoked root bits. I had a cold (same one as everyone seems to have), and couldn’t smell the smoke until the smoke detector went off, and then went off, and went off some more. Sigh.

Good things come to those that fail though. I finally decided to do something with the horseradish so I turned it into horseradish. It’s hotter than crap, in fact it’s holy mother blow your head off good. So here’s to clearing up all sorts of sinus issues. Prime rib, deviled eggs, sausages, herring under a fur coat, anyone? 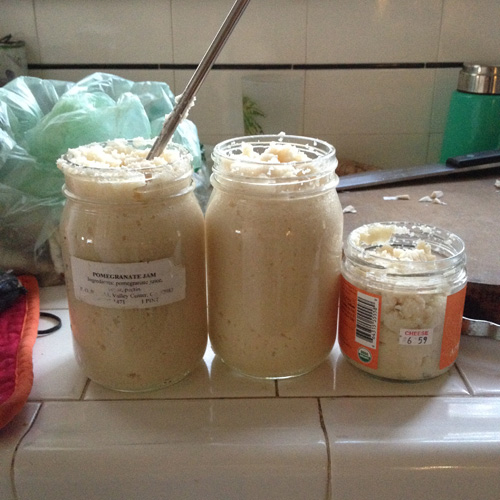