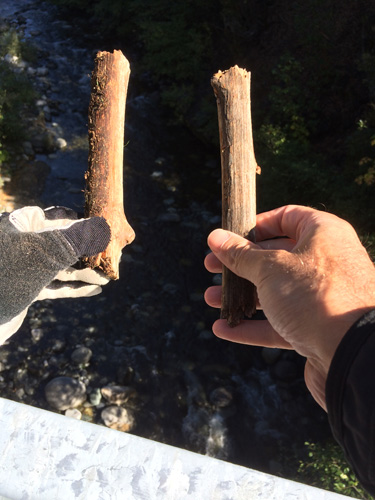 Pooh sticks is a game you play on a bridge over running water. Not like poo on a bridge: 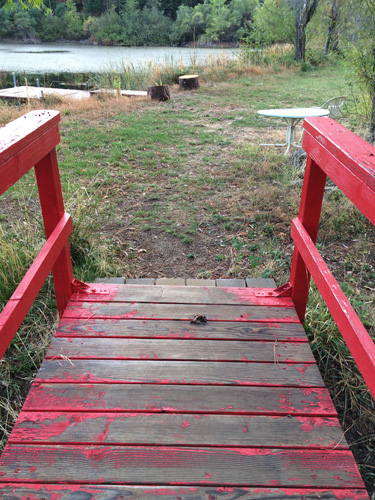 but Pooh on a bridge. 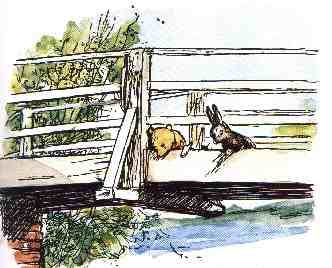 No backpacking trip I’ve ever been on is complete without a rousing game; bottles of Peppermint Schnapps were won and lost all over the Weminuche Wilderness. We used to drop our sticks and then run across to the other side of the road with full backpacks on, but nothing is quite the same as trying to run this way with cycling shoes on. 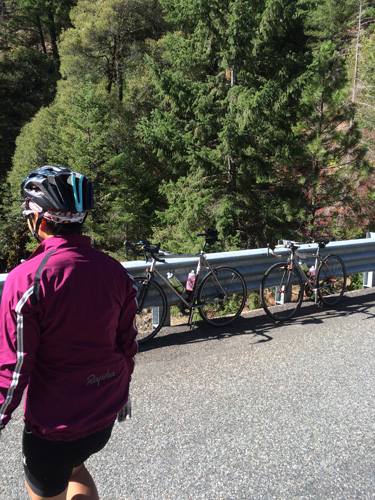 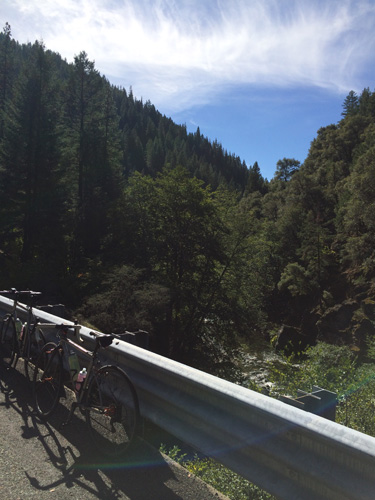 Here in Trinity Alps the stick selection is awesome, and the river is punishing.
But the water is so clear even from far away the winner is obvious. 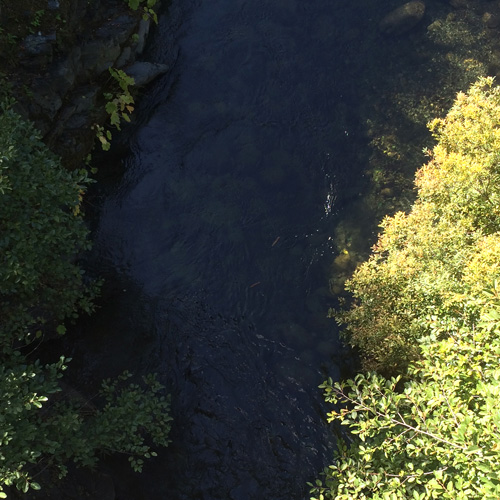 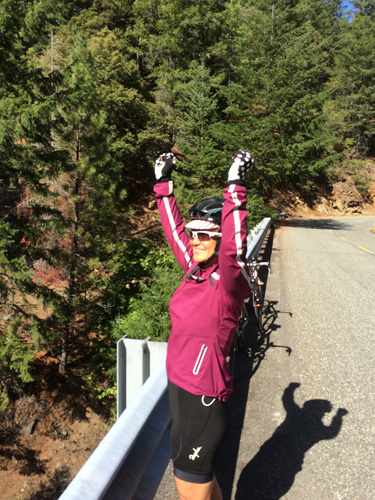 Along the river we found the house where Pooh lives. 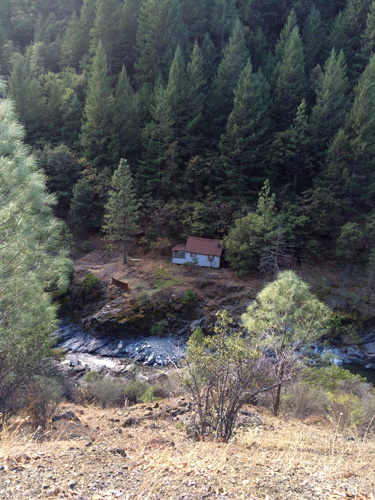 The only access is a rickety wooden foot bridge that spans the river, and to move your shit back and forth there’s a wire cable telpher that reaches all the way to the road. We were walking up and down the side of the road trying to get a good photo of the house, and some locals drove by with the look on their faces that they knew exactly what we were trying to do. 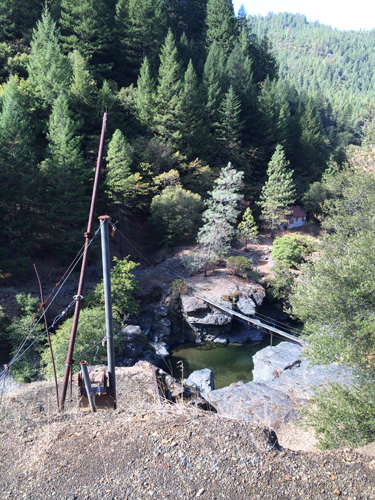 Which is: Move in! Move in! The price of Pooh’s cabin is high so the dogs will have to rough it for awhile. 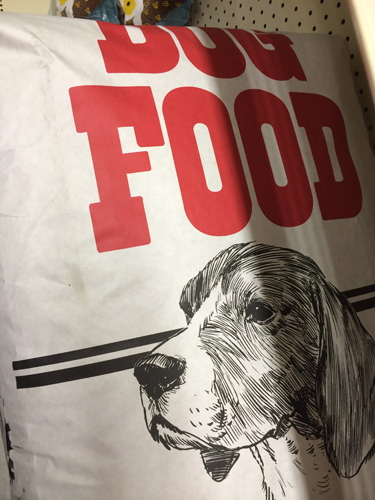 But we’re moving in as soon as we can test out that foot bridge, and maybe after we kick out some squatters. Meanwhile back at the cabin we’re staying at we are trying out a new bear bag technique. We haven’t seen any bears yet, just some wild turkeys, a roving pack of wild rottweilers and a dog named Toby whose owner screams, “Don’t worry he won’t bite. Toby NO! Toby NO!” as Toby gives the bicycles chase. Never can be too careful. 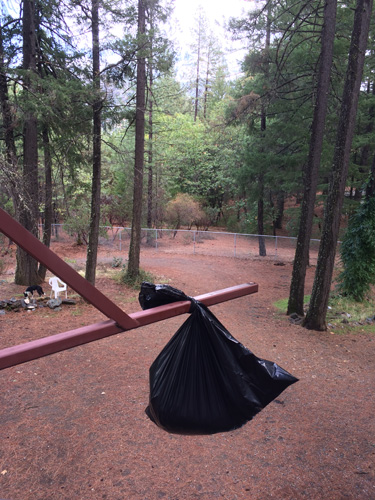