Linda and I are getting ready for another Tea Lab at the Huntington Gardens in November, so we figured we should drink some tea. We never really plan for what we brew at our tastings, we sort of start with lunch and go from there, fitting in the teas we want to offer in the upcoming workshop, getting distracted with ideas for interesting comparisons, and brewing away the day. Today’s tastings started with a little business and ended with a jar of mother-in-law tea, and us being convinced that whatever we drank today was going to be good. Some days are like that. 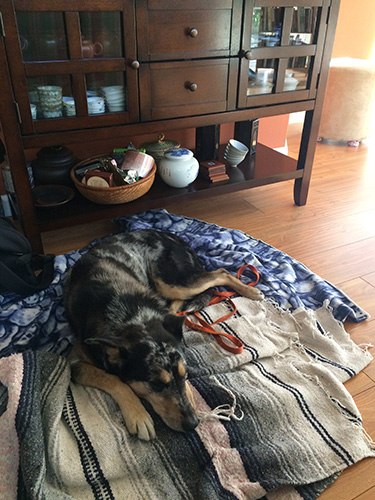 We started with a fall-picked Mengsung raw pu’er from our friend Xiao Cao. He had given us a sample of his spring-picked Mengsung, which was great, so great that by the time we drank it, it had sold out. Comparing spring to fall picking is a great way to understand the price difference between the two, or why some teas fail to mention the harvest season at all. Don’t even get me started on what summer-picked tea tastes like.

We decided to pass on the fall tea, and try to elbow our way to the front of line for next year’s spring tea.

Our first comparison was between two relatively inexpensive (and brand new) raw pu’ers that use different methods to bring the cost down. The first tea (Bana Tea’s Little Bing Dao) is made from old trees from the region adjacent to Bing Dao. Bing Dao has become a very famous region lately (ie. $$$$), but sunshine and soil tends to bleed so if you’re lucky some tea trees can score the benefits of a particular mountain without having to bear the price tag.

The second tea is Denong’s Mountain Oasis, made from trees on the young side (300 years, LOL) and not from a particular region.

The LBD was more floral, with a taste of rock sugar whereas the Mountain Oasis was rounder, with a smell of chocolate, less high notes. Nothing surprising here, just good stuff. (LBD on the right, MO on the left, below). 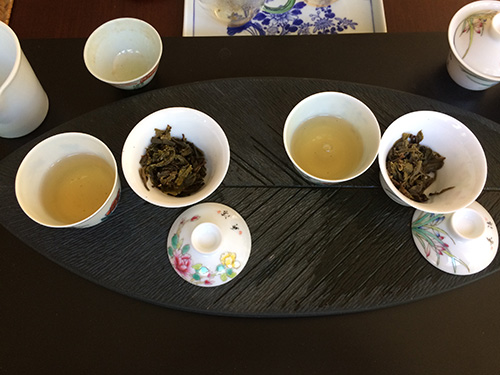 Next up, Brother/Sister teas from White2tea. These teas are made from the same source material (Nannuo), the only difference in taste is the person doing the processing. A perfect comparison to show how the taste of tea can be changed by small differences in personality. “The sister brick is material processed with a shorter kill green phase at a lower temperature, where as the brother brick is processed with a higher flame and fried for a longer time.” It’s not clear whether there were any differences in the kneading/rolling stage. 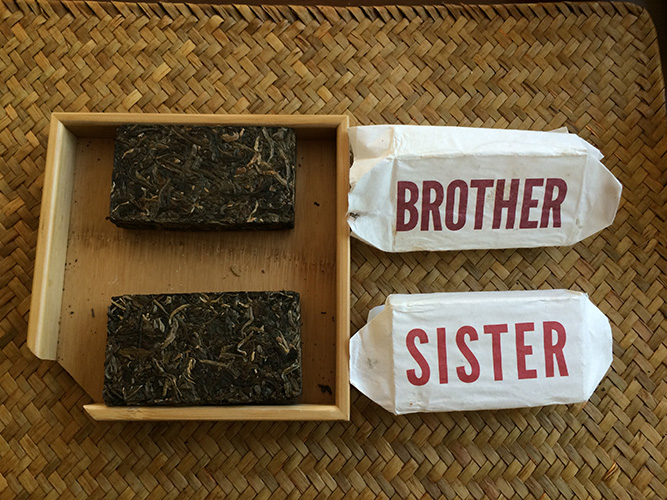 The brother’s tea was darker (in color and taste) and slightly thicker, rounder (which surprised me, this difference, though I don’t know why), with a hint of honey. The sister’s was sweeter, brighter and just a little rougher around the edges. Fiesty sis. 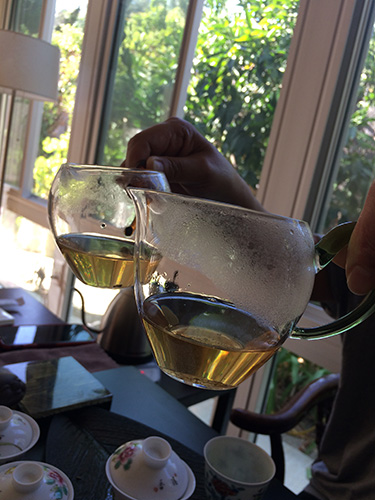 Last time I was in Yunnan I didn’t get to do the killing green, but the guys let me put some sweat equity into the rolling. 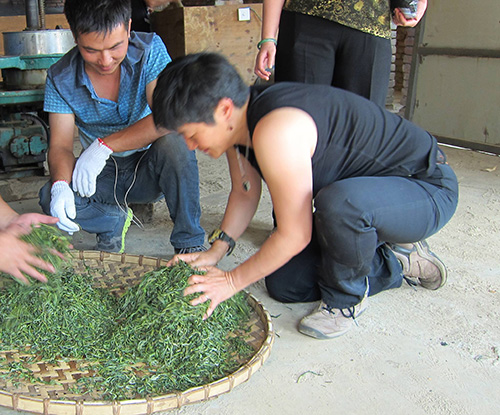 Next we headed into the world of old pu’er, old as in from the 80s and 90s but also old enough to not know exactly what we were drinking.

This bag is from the 90s, and is sort of called half ripe half raw. Say what? I guess there are a few ways pu’er becomes this halfling. It’s possible back then the tea was only partially fermented, sort of. It’s also possible back then things were willy nilly and teas sort of mixed in with each other. Most likely, for this bag, it’s a raw tea that was stored in HK until the early 2000s, which means it was “wet stored,” a term nobody likes to say anymore, preferring the euphemism of “traditional stored” or “half ripe half raw,” or even “great for dimsum.” (Forget the fact the bag says a totally different tea). 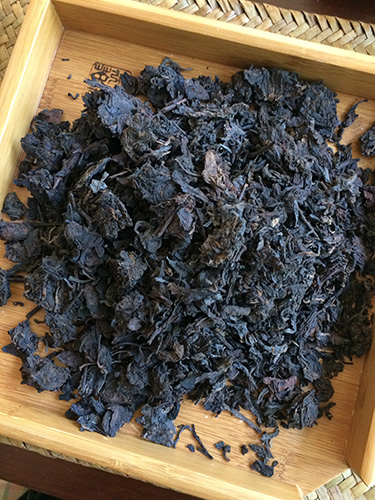 This tea was actually really good, much more interesting than this “traditionally stored tea” from the 80s from Ying Kee, which was bland and watery in taste, super thin in viscosity. Makes it a no brainer which tea to keep around. 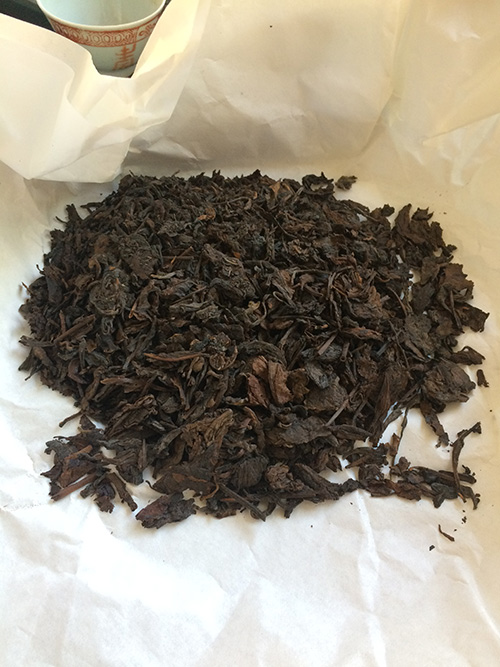 Finally we got to the mother-in-law tea! Lots of people tell me their parents have an old stash of tea and wonder whether it’s worth any money. Some of these people even show me photos of the tea, in the cabinet next to old mushrooms and dried jujubes, expecting me to give my opinion on the spot. They never want to actually taste the tea, they’re just waiting for the Chinese Tea Roadshow to come to their town. 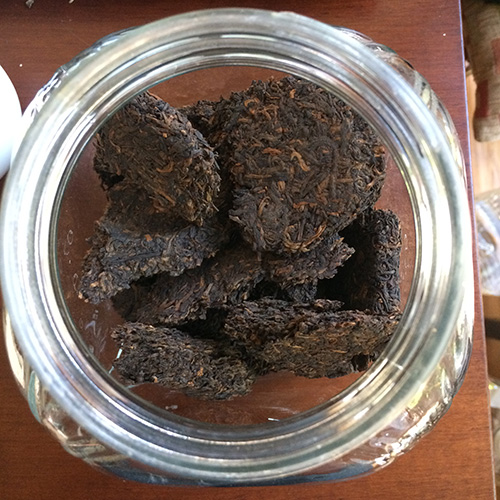