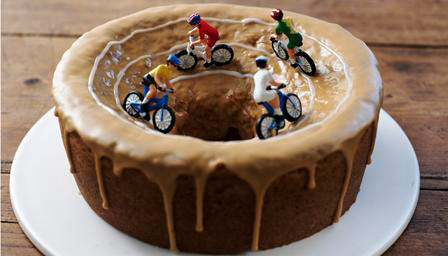 When you dream about riding a slingshot to the moon as a kid, or you think it’s normal for your father to explain centripetal force using an orange, a chopstick and a inclined hard back book, or you do full arm swings holding a mesh-bag-inside-of-a-larger-plastic-bag instead of using a salad spinner, riding in the largest indoor velodrome (The Stubhub) in the country is more than a little awesome.

First thing to go through my mind was that I had no idea how to get off, much less stop, having never ridden a fixed wheel bike before. That was soon alleviated by my friend Lucie who told me to just get close to the rails and grab it, which seemed reasonable since the rails were large and soft like a stuffed-animal snake (quite different than grasping/bashing into the wooden barricade when I was learning how to ice skate). Her next piece of advice was that when in doubt, pedal harder. As counter intuitive as that may seem, when you are clipped into this thing on wheels and there are no brakes, your adrenaline will actually kick in when the bike begins to feel wobbly and you will actually pedal faster. Or at least it did for me. Although at one point I was reminded of my cat, who once got a back foot tied up in the handle of a plastic bag, and the faster she ran away the more air went into the bag resulting in a much larger evil thing chasing her down, and more drag, causing her to run even faster. 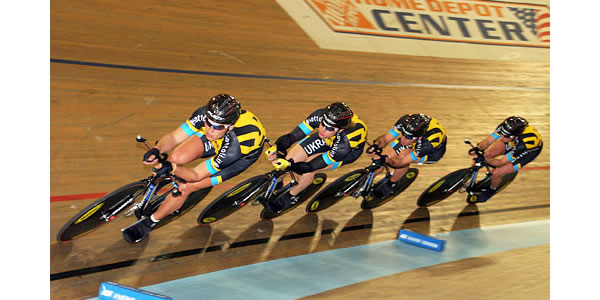 I wanted to spend my time on the boards riding either the black or red line as consistently as possible. This is awfully hard, since the best way to stay on the line is not to look at it. Just don’t. If your head is down when you go into the curve, you will see just how banked it is, and your mind screams “Holy crap that’s crazy steep” just before the bike follows your gaze and heads down the slope and then you are screwed. Looking ahead (and you’ll need a little bit of “being in the zone,” or “using the force” type of thing) is something that applies to all sports where the body is supposed to go somewhere, like skiing and track and field, as opposed to tennis where you really should keep an eye on the ball until the last moment, requiring “the zone” or “the force” to come save you in a wholly different way (ask any tennis player who all of sudden can’t serve or any basketball player air-balling free throws). Believing in friction works pretty darn well too. 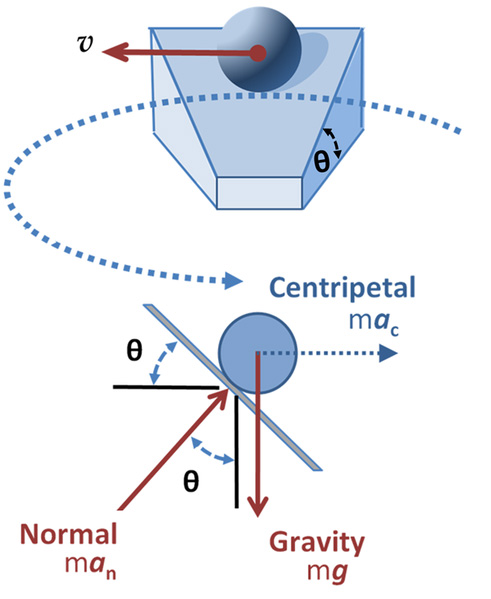 (If your eyes glaze over when looking at graphics like the one above, just know it’s the “normal” force that keeps you from flying out of the county. It might help to envision the “normal” force as a string bean, or toothpick. The chopstick was normally used by my dad to represent velocity.)

Riding on the track felt like a completely different sport than riding on the road. There’s no “I’ll just push real hard here and coast for awhile.” There’s no escape from the curved part, after each straightway there’s always another curve. There’s no ‘glory’ from riding indoors, and by ‘glory’ I mean the dirt and pollution plastered all over your face, but there is certainly nothing like the look-Mom-I’m-sideways feeling of whizzing around a banked curve. Holding one’s line is where it’s at, whether on the road or track.

The track is also much more fatiguing on the legs, and the muscle ache will catch up with you as you cruise around forgetting how many laps you’ve done. One of the best techniques for post-rides is to use the foam roller to relax the legs. As with everything sport recovery related, proper technique of the foam roller is critical. 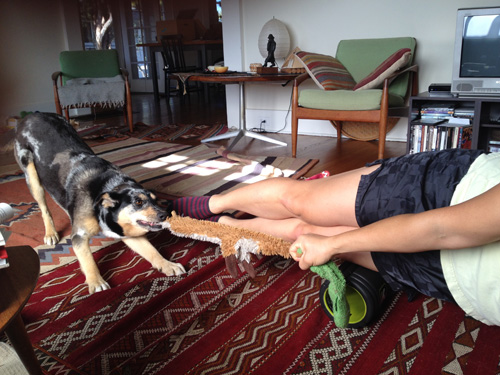 My visit to the Velodrome was made possible by the Fireflies and Connie Paraskevin from the Connie Cycling Foundation. It’s not every day you get to hang with Olympian athletes, she’s terrific (although I didn’t get to see how big her legs were), and her cause completely worth donating to. She’s the only American woman to ever earn an Olympic medal in track racing, and she’s a four-time world champion, and, she doesn’t have a bike named after her?