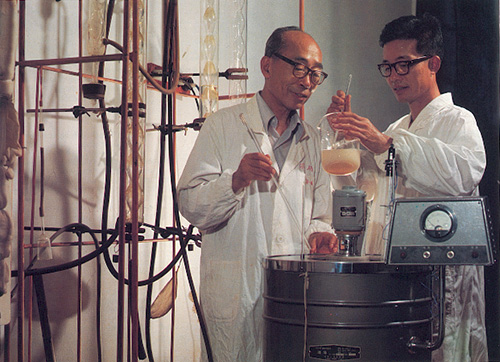 For those interested, 1001plateaus and Bana Tea Company will be hosting a Tea Lab at the Huntington Gardens, on Saturday, November 5, 2015 at 9:00AM. We will be doing side by side tastings of several factors that can affect how a tea tastes.

Tea tasting is comparative, like running in a marathon. In a race, no matter how small or large the field, you can only win against the other people who have entered, much like how a tea can only be compared to what else is at the table. It’s fairly common to do a tea tasting comparing different types of teas or different price points, but what about brewing the same tea under different circumstances? Beyond the obvious ones like using a porcelain gaiwan versus a Yixing pot, or varying the temperature or type of water used to brew. What about the harvest season? How about if we introduce some vibration to the water molecules? Or compare the same tea which has been stored on different continents?

In preparation for our upcoming Tea Lab at the Huntington Gardens, we thought we would brew a few comparisons. But first, because we knew one of the tests would be a tea brewed with tap water, and we’d also have to drink a tea harvested in the summer, we treated ourselves to some *@@&#^#!! jasmine tea.

That’s right. Haters are going to hate. I hate jasmine tea also, but I mean the stuff that’s known around the world as “jasmine tea” – bitter and smelling like Jean Nate. Those tea leaves have never seen a jasmine flower in their life, their jasmine scent has been sprayed on, much like the machine that coats dog kibble with flavors. 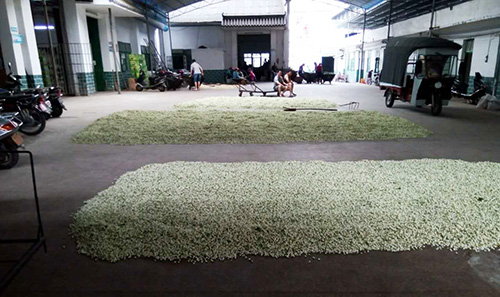 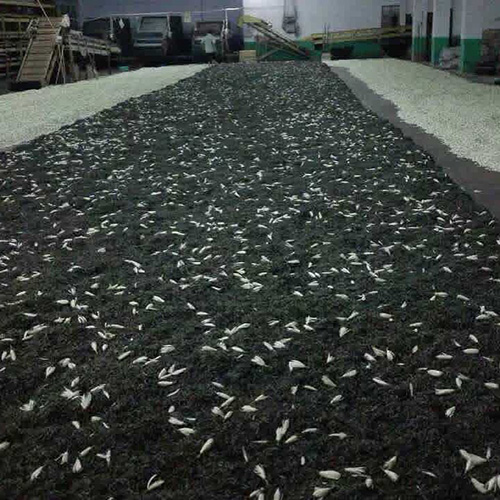 The real stuff is made by spreading fresh leaves on the ground in a thin layer and covering the leaves with jasmine flowers. The flowers only bloom for one night so in the morning the flowers must be picked out. (BTW – that pretty jasmine tea at the store which still has flower petals mixed in with the tea? The flowers are not adding any flavor to the tea, but they are adding weight. It’s the equivalent of the deli guy resting his thumb on the scale when he sells you bologna but tells you it’s prime rib. Not to knock bologna, but still.)

This process is repeated many many times until the tea has absorbed the scent. The jasmine we drank was made with small tea buds, whose fuzzy hairs absorbed more smell. Probably too small to roll into the usual pearl shape, which is good, since I have a bad connotation with that visual. 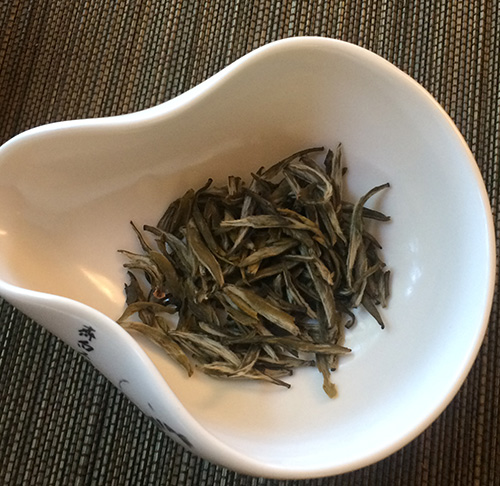 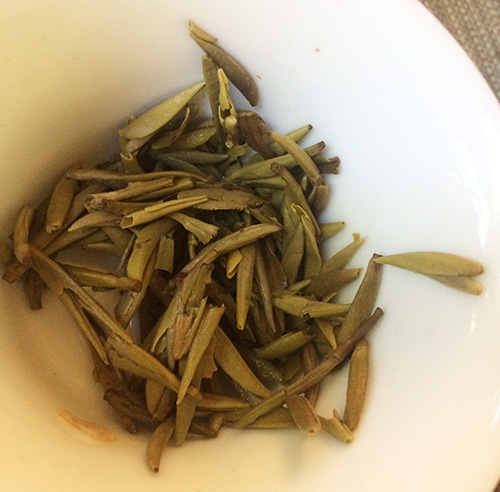 Sure it tasted flowery but in a subtle way, like you’ve already walked past the house with the flowers blooming in the front yard. There was no astringency at all, no resemblance to drinking something at a Chinese restaurant, and actually it didn’t taste like tea either, more like a precious juice.

On to our taste tests:

– Organic Wild Peony (ming qian) White tea from Fuding brewed with Crystal Geyser versus Los Angeles tap water.
This comparison is the crowd pleaser. You’re pretty certain one of these will taste better, but it’s plenty surprising how salty and gritty that tap water can be. 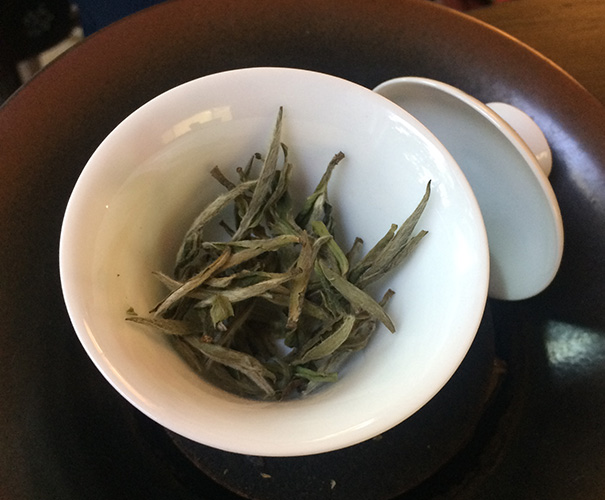 – 2011 Treasures of the Five Mountains raw Pu’er. Stored in Hong Kong, vs. stored in Los Angeles. The larger puck is HK, the smaller is LA. There’s a pretty noticeable difference in color. 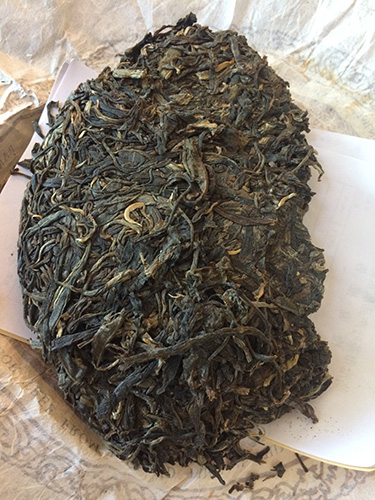 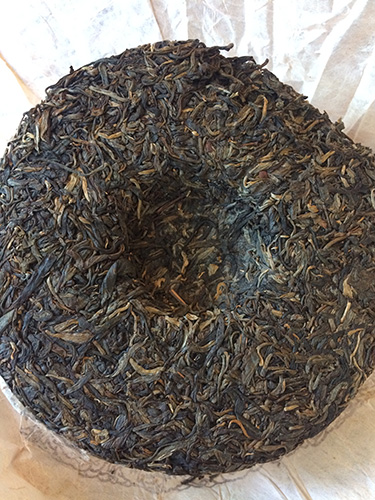 This is one of those tastings where it gets personal. Sure the HK stored tea seems more aged, is generally darker in appearance and has more plum flavor. But the LA one is more floral, more complex, in a way, with hints of different flavors, probably due to the fact that Five Mountains is a blend. Aging a tea will flatten the differences out and since the LA tea is “younger” there are more differences to taste. 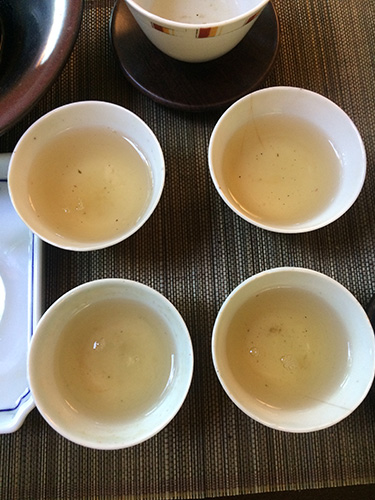 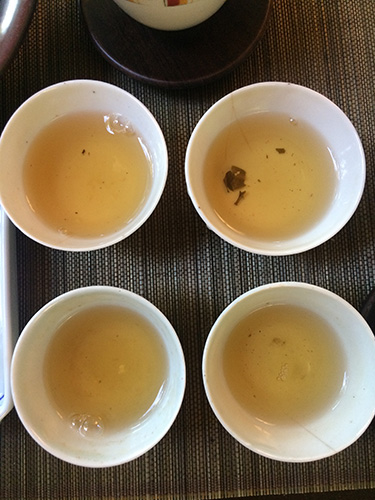 We over-brewed these teas for fun to see what that would do, and the HK one showed it’s age. It was definitely less astringent, and more mellow than it’s twin other. Another great example of how a tea is brewed is just as important to how or where it’s stored, and since most of us don’t have a choice on where our tea is stored…

We ended the day with some magical white powder called catechin. This is the phenol or flavonoid that is responsible for gan, that sweet or minty taste you get after drinking Pu’er teas with high mineral content (and eating bitter melon, ginseng, and a few other foods. More on gan coming very soon). What a better way to experience gan than to lick it off a wet finger? 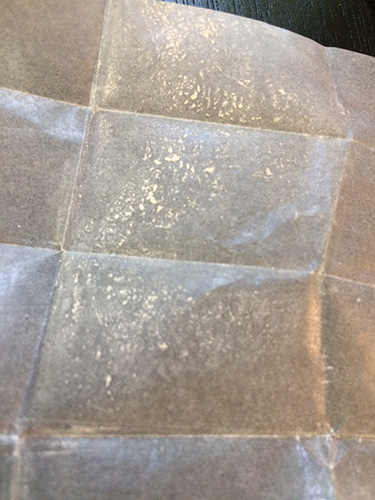 The sensation was purer than when you get it through tea, more direct, no tea flavors diluting the experience, and the sweetness lasted a good fifteen minutes or so, especially noticeable when we drank some water. That water, good old plain water, tasted incredibly sweet I wanted to floss my teeth with it. 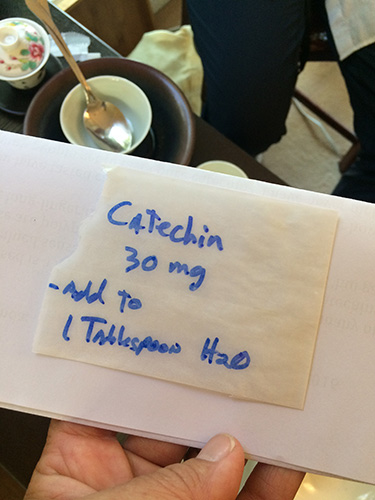 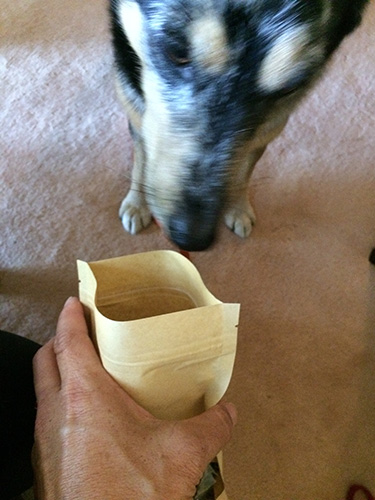