At the certification class at the velodrome a few weeks ago there was a kid who conceivably had never been on bike before, much less seen a fixed gear or knew how to clip in and out of pedals. The fact that English was not his first language made the morning even funnier. But he was enthusiastic, having watched the Chinese track sprinters at the Olympics win some medals wearing their awesome Peking Opera decorated helmets.

The first thing he did after practicing clipping in and out of the pedals — brave soul — was to ride the apron to the far side of the track and crash. 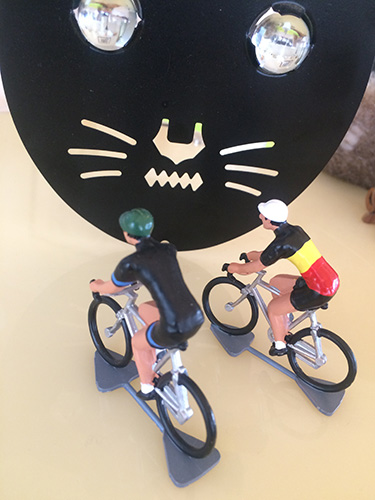 He was bruised but determined. “I am tough,” he said, before the adrenalin wore off.
Ten minutes later he noticed a weird bump next to the raw skin burn on the back of his forearm. “What is this bump?” he asked, running over to me exactly like how you’d imagine a guy to move who is scared and yet has never run with cleats on. I checked out the bump, and found a matching one on his other, unscathed arm. “Its just you,” I said.

The next time he came to class (the velodrome certification is typically a 4-session deal, sometimes longer for those that need it) his neck was covered in hickies from a new girlfriend. He apologized for having not come to class for a couple of weeks. He rode the apron without falling. He got on the black line. He got tired.

When he showed up a few weeks after that he said the girlfriend hadn’t allowed him come to class, so he “just had to get rid of her.” This guy has priorities. This time he got up to the blue line and stayed there.

Last night I had a dream where I was stuck inside a computer game, and the only way to advance to the next level is to explain to a Chinese guy what fresh mozzarella is. And this guy shows up on level one. If I can’t get past him, I can’t get to the next level. This guy, he doesn’t get anything I am saying about the cheese. I am stuck on the first level.

(I am reminded of one of the track sessions where a Cantonese speaking kid who spoke even less English than my guy showed up. When the instructor asked if any of us could speak Cantonese my guy held up his hand, but all he did was go up to the kid and speak Mandarin to him very loudly. I guess if I was awake I could’ve tried yelling about mozzarella.) 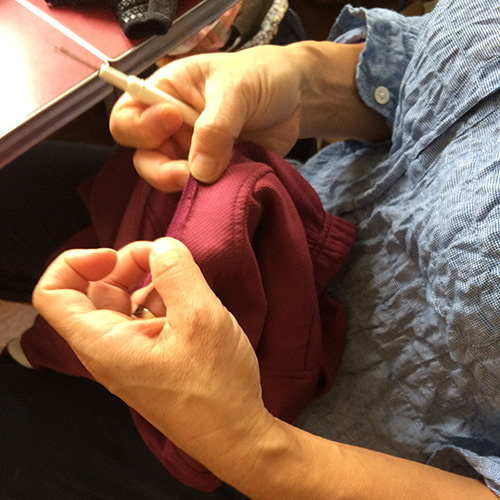 All this, for no particular reason, leads me to my Rapha merino wool cycling jersey. Only two seasons old it’s gotten so stretched out and faded I “just had to get rid of it.” But I salvaged the zipper with the circle pull and cut a piece of the black mesh to make a new wallet. 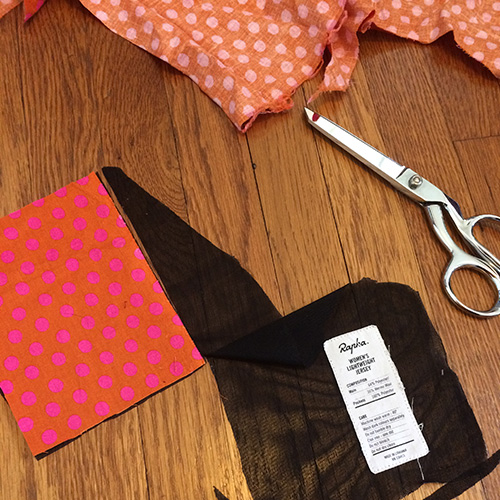 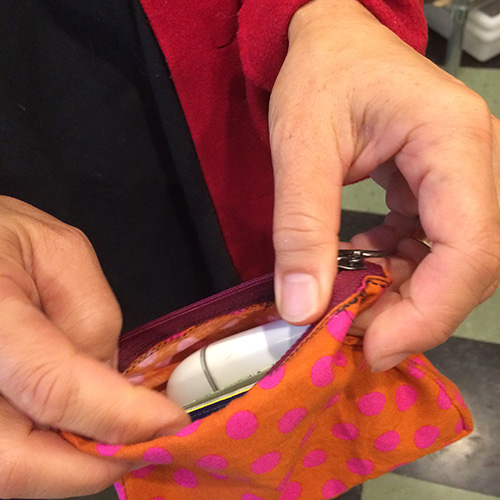 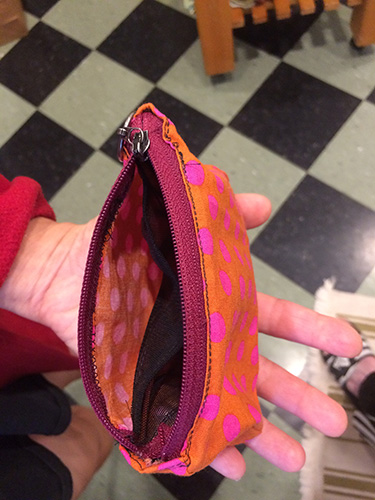 Now maybe I’ll see about getting one of those Olympic helmets.