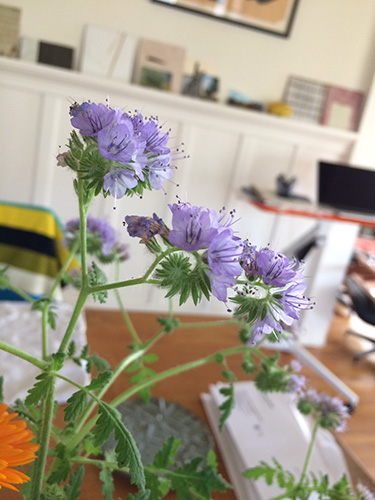 So I know it’s been awhile. You might say that the election and its aftermath has subsumed all rational activity. Every day I wake up and take an extra long time to do the mundane crap, extra care for the same old same old, because when you consider the number of people in certain swing states who voted for third party candidates versus the number of votes Trump won over Clinton, or the news that the impending retail job market crash will be #(*&@@!x number of times worse then the coal worker’s crisis, even with the news that Pandas have been upgraded from Endangered to Vulnerable things just seem so awful.

Many years ago I wrote a story where the Aphex Twin was the president of the United States and he changed the name of “The White House” to “Rationality.” The fact that his chief strategist was Klaus Meine (from the Scorpions) made the story a little over the top. 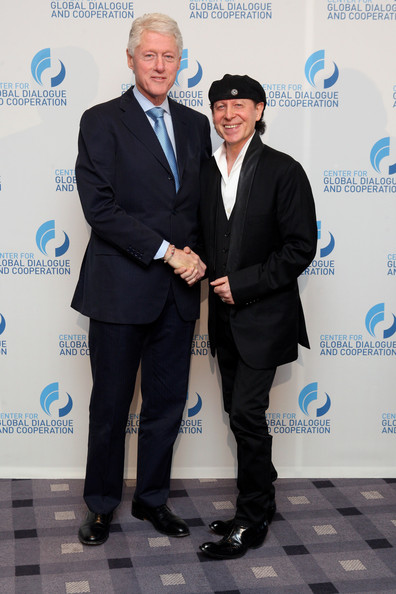 It’s classic June gloom in Los Angeles, but the recent rains have given us poppies, fat blackberries, bees, and tons of weeds. Our gardener is very stressed out. He just wipes his brow and says “Everything keeps growing.” 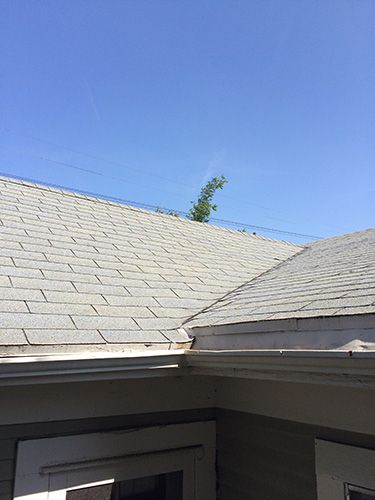 We’ve planted tomatoes every year but this is the year the squirrels have decided they are good enough to steal. They (the squirrels) have suffered a little bit of a setback the last few weeks because a pair of mockingbirds have started hanging about the yard, another first for us. Usually we get a cooper hawk visiting every spring, which is a beautiful thing to see in the crepe myrtles, but these mockingbirds are assholes. 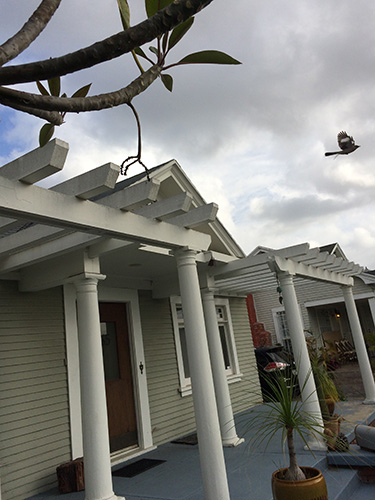 They attack Stevie the border collie, going for her eyes. They attack the squirrels (OK) and they attacked the cooper hawk (not OK). 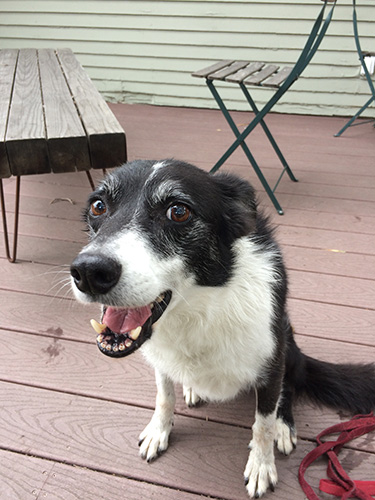 They’ve woken up Bing Bing the cat, who for the past six months has done very little other than sleep and vomit, and now she’s climbing up on anything that gives her a front row seat of the mockingbirds beating up on Stevie. 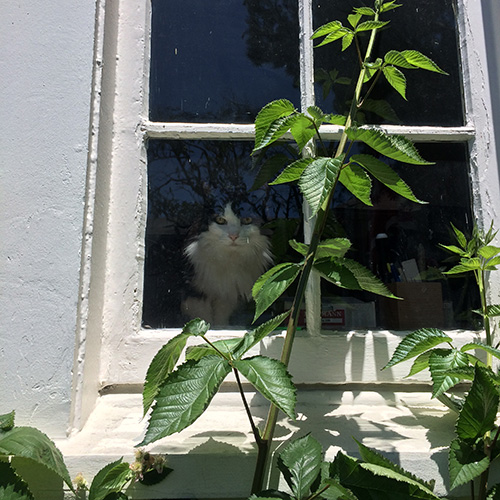 For some reason MO is free to walk about and enjoy the sunshine, being the hippie, solar-addicted bird-lover she is. Or maybe it’s random, right? Like each dog walks out into the yard, and they don’t know what’s going to happen? 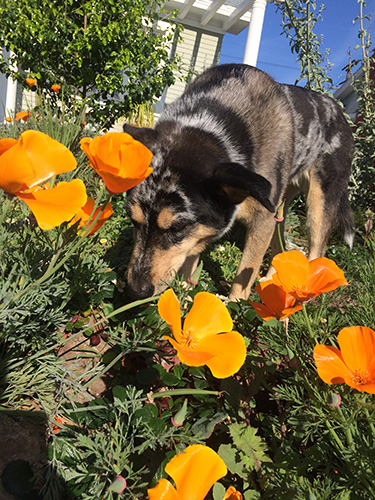 The last Trumpian I have spoken to since the night of the election was this guy that walked into the Thai restaurant where I was picking up dinner. He takes one look at the polls on the television (at that point bleak but not apocalyptic, yet), and tells me and the owner that he hadn’t voted yet, “but I’m gonna.” The owner says “White rice or brown rice?” and the guy says “Well, we all know what we’re going to get with one candidate. We know exactly what we’re going to get. With the other one, it’s different. It will be something new.” 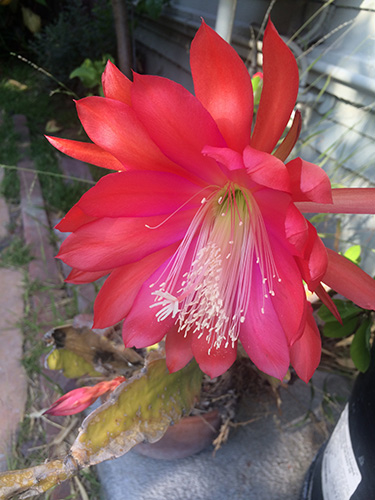 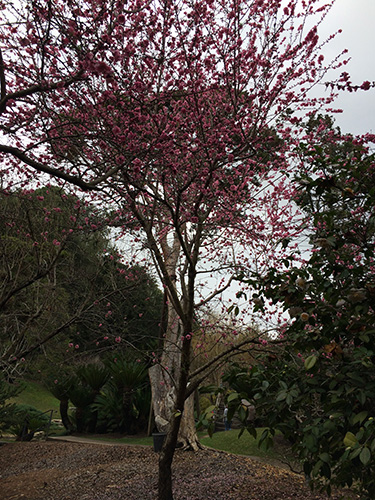 It feels silly to end on such a low note, so I’ll put this out there: 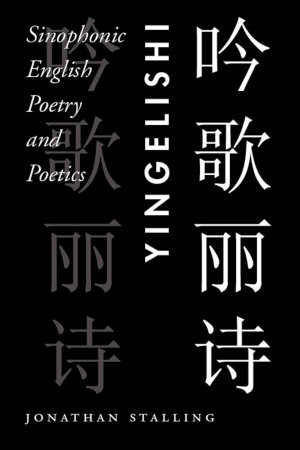 Yingelishi is a genius and crazy language opera written by Jonathan Stalling that “works” in both Mandarin Chinese and English. The Chinese phrases read out loud mean different things depending on whether you’re asking the words to produce their meaning in English or in Chinese. For example, my name in English is Angie. An easy way for me to get Chinese people who don’t know English to pronounce my name is to have them call me “Peaceful Chicken,” because Peaceful Chicken in Chinese is pronounced “An Gee.”

The title of Jonathan’s opera, Yinglishi, means “Chanted Songs, Beautiful Poetry” in Chinese, but it also sounds like what he calls “an accented pronunciation of the word ‘English.'” All of this is part of a brilliant effort to teach English using the sounds of the student’s native language, rather than making them first learn romanized letters and their sounds before actually speaking English. I figure this is totally helpful in a large part of China where the English teacher doesn’t actually have great pronunciation, and the students (being nice, eager mockingbirds) simply repeat what they hear. 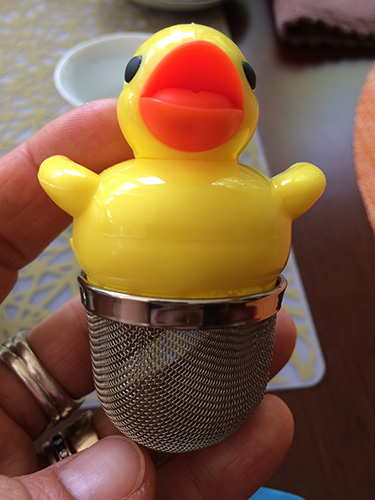