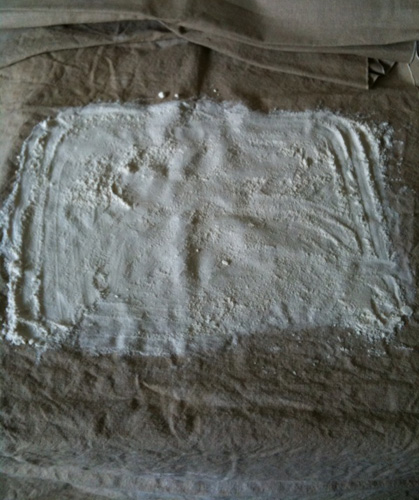 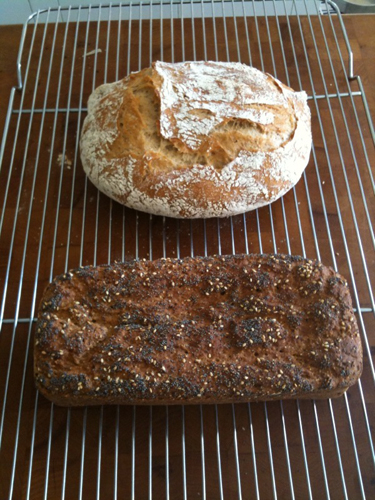 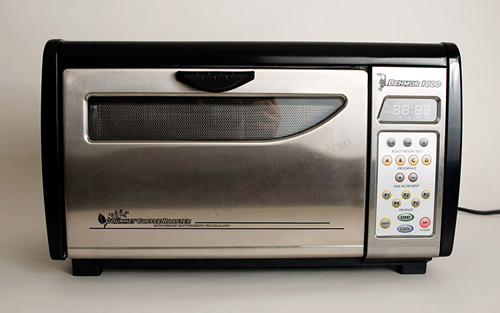 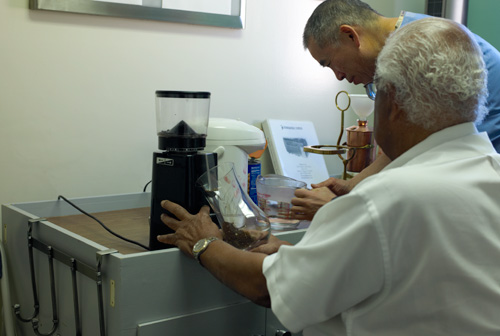 office-roasted beans fired up in a vacuum balance brewer. takes the taste of fluoride right out of your mouth.